Subjugating a king from hell

I was reading an experience of a person with King Paimon elsewhere and I was very curious about what this person describes. She speaks to the “great” king offering were a slave to her and in the offerings part she says she will not give him nothing because of the Solomon’s covenant, and the “big” king just bows his head and walks away. Am I confused about this, are they really left out by some humans? because to others the thing is more severe? for their opinions.

I mean that King Paimon is treated as a slave by this person who evokes him.

Okay so this is very vague story and missing alot of info if you are looking for insight.

We have no clue who you are talking about, the persons system their experience and such. So any speculation would be at best guesswork at worst conflicting information that would just hinder your practice.

If your asking do the solomonic methods work?
Yes but the handful of people i have heard that follow them FOLLOW PROCEDURE TO SPEC! by this i mean EVERY tool and ritual is done as laid out in the keys of solomon. Most of these practitioners also have a few years of experience underthere belt as well as no unconscious conflicts with the system.

You’ll find alot of people who do not use this system is because they have an unconscious conflict this the religions tied to it.

Okay, I’m confused, because this person treats him as a slave and he simply obeys, because of the Solomonic pact, I just wonder if that’s possible, make a hell king obey, I see people here talking about how should treat them with respect and give offers, and reading this other account made me somewhat confused, as to the point of commanding them and literally subjugating them.

As i stated above not enough info, no where near enough for any actual analysis of this persons ritual.
The solomon system of evocation does approach it from a point of subjugation but as i stated it is not a simple matter of cut and paste with ritual. The handful of people who i have heard of that use it do it with good results but again they already have a few years of experience and follow the procedures to spec, which in the case of the keys of solomon is not a small endeavor. You could easily spend a few grand getting the components. For example the sword of solomon made TO SPEC starts at 750$ from one person that makes it to spec. 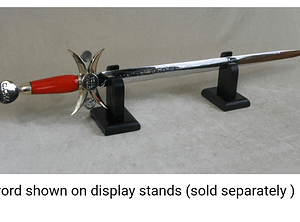 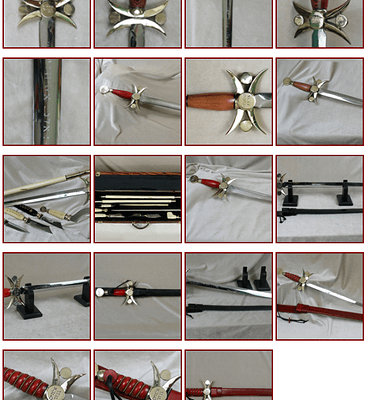 If someone new tried this they would likely have their lives turned upside down and inside out.

CAST FOR WHAT YA NEED!

When one completes the Abremelin Operation, and obtains the Knowledge and Conversation of the Holy Guardian Angel, part of the operation requires you to call up the kings and Emperors of Hell and make them swear allegiance and loyalty to you.

It all about the system used, and as @Dinmiatus said, you have given no information as to what system this person was using to subjugate the king so we really can’t offer any proper advice.

EA completed the Abremelin Operation, and forced all the kings and Emperors to swear allegiance to him, but when he evokes them using his own system without protective circles or weapons, they don’t seem to hold it against him.

I don’t care to subjugate the Demons. Respect them, invite them in, (ha, ha, if , it is safe to do so.), that decision being on me, and let them come and go as they please.
Not Demand anything. That’s Damnation. They will F*** a person up in Hell for all of eternity for treating them so cruelly.
The Joy of Satan says they have met Satan personally and they do not like being ‘’’ commanded ‘’.
Also, they say that Satan is not what the christians / jews claim.
This is what they say. I cannot confirm or deny.

She speaks to the “great” king offering were a slave to her and in the offerings part she says she will not give him nothing because of the Solomon’s covenant, and the “big” king just bows his head and walks away

I really do not recommend approaching it from this perspective.

When you are using these systems the basic idea is that you are assuming divine authority, which in turn grants you precedent and privilege over everything in existence. So in a general sense, all things in existence are subjugate to your WILL. I AM.

But if you are arrogant or uncalled for in your actions, don’t be surprised if you make a permanent spiritual enemy. You can’t make it personal if you are going to use these types of systems. Even when in ritual, under the assumption of divine authority, use respect. After all, you are all of creation in that moment. If you insult the spirit you insult yourself. As within, so without, as the cliche (maxim) goes.