Strange black liquid manifested? What is this

I have no idea what this is. A black liquid is splattered from my ritual area upwards along a side table and on the wall. I do not have a black liquid and I also did not spill or throw any liquid. The substance seems to not have dripped down (like a drink would or a liquidy food) more like splattered wax but it is deifnitely not wax. It is slightly sticky but not by much, looks like a slime or jelly and is stuck on the surfaces. Appeared after a ritual but not sure which, what it means, or what it is at all. A close friend suggested ectoplasm. It is not a mold, or paint. No smell. It is shot up from right below the alter where I conduct most rituals. Appeared in one night. 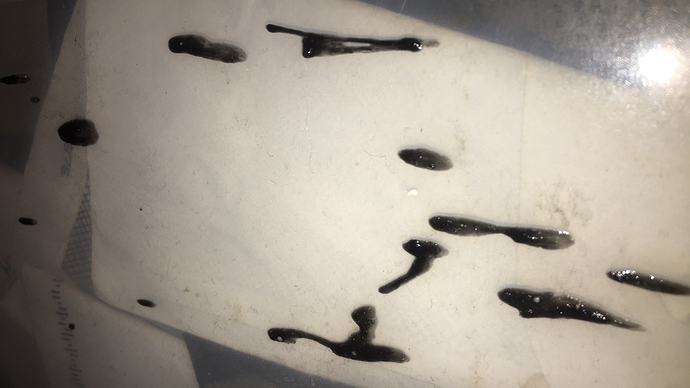 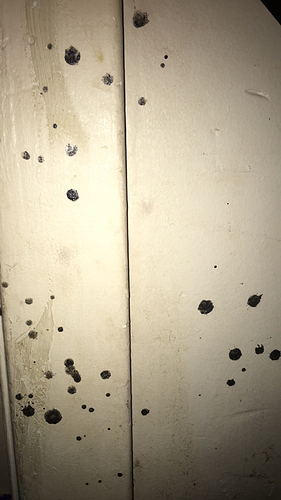 My spidey senses are telling me black random liquid is a no go… Get rid of it and cleanse.

Same, burn it if you can.

Do you think it is a sign of a parasitic entity?

It looks a viscous texture… Which spirit did you work with when this happened?

What is the humidity like in your ritual area? Were you burning anything to create smoke or soot?

Only a candle, no soot or burning of anything. No humidity here. Very cold here as well.

Believe it appeared after Azazel, but me and Him have a very good relationship and it was a positive interaction.

Yeah, that is a little much substance for what I thought it could be if the candle is the only thing. Is there any smoking in the house? All the air filters cleaned regularly?

Edit: I am asking these because I had a similiar experience that turned out to be completely mundane

Yep. No smoking in the home of anything. Also the direction seems strange, it was as if it were shot over to there. Also it appeared in a night. I cleaned it and it was like a strong slime and I had to scrape it a bit. The ONLY thing I can think to compared the way it pulls apart is like venom in spiderman? I have no idea.

You got me at a lost then lol. I asked because sometimes the walls and furniture of a room will actually be colder than the atmosphere when body heat is added, causing some condensation. When that water absorbs soot or other substances from smoke on the walls, it will create a substance much like what you showed with a similiar feel as you described. It is an extreme form of ghosting. However, I am unsure now. Best to do a cleansing to be on the safe side. Perhaps Azazel destroyed or pulled something out that needed to be. Either way, it would be wise to clear the air

Maybe he destroyed some negative energy or curse around you and that is why it is black? I am lost on logical reasons for this.

I had an exploding candle once which put wax on everything, but this is clearly not wax.

Maybe evoke him and ask him?

Very possible that Azazel destroyed something, I asked Him to rid me of a suspected obsession or love spell.

I will ask Him… very strange.

I’d want to have someone ingest the black goo and see if it has any effect on them either immediate or long term, but I ain’t gonna be the guinea pig.

I’d put it in some idiots food if I was close enough to cook for someone I hated. Ectoplasm mystery flavor pasta.

if it has any effect on them