Stolen money dream & my feelings on it

I dreamt that a Christian man wrote me a check for $25,000 for helping him when I was in middle school. Within a few minutes, somebody stole it from me, pickpocket-style.

I’ve been having a lot of dreams lately where I’m getting cheated in some way.

It makes me think of “prosperity gospel” preachers who collect money from people, telling them this will bring more money to them. I think this is only a scam when the wrong person does it. These preachers are saying, “Give your money to God,” but that money they’re collecting isn’t going to God, it’s going to them and their church, and they’re worldly people—the opposite of God. A church is not God. A person who preaches from a book is not God. Somebody who’s divine isn’t physical enough to get a church together.

I’m the one who’s actually divine, and because of that, I’m the one who can bring greater prosperity into a person’s life if they give me money.

Instead of people who appreciate me and let me put my skill to use, I tend to be surrounded by people with schizophrenia who, instead of letting me help them, blame me for their problems. (“It’s you mystics that are the problem,” as one “Christian” with psychosis told me. The real problem is that she’s trying to be me instead of letting me do my job and get credit for it. She was projecting. It’s the part of HER that’s trying to be a mystic that’s the problem. She hasn’t been saved by Jesus because she’s too busy trying to BE Jesus.)

The people who could use me the most are terrified of me. They need to pay me for what I’m good at so that I, in turn, can pay them to do the worldly things they’re good at. When people try to do somebody else’s job, it fucks things up for everyone.

If I need somebody to cut my grass, the person I can trust to really get the job done is somebody so physical they’re married to the physical version of “Satan” (this is what the best Christians are, and I don’t mean this like it’s a bad thing). This kind of person is extremely dangerous for me, and I could never let myself get too close to them, but I HAVE to let them cut my grass because I’m not physical enough to do it. And that kind of work is so overwhelming for me, I understand that they should be paid for it. In fact, paying them is healthier for me than them doing it for free as a favor, because it reinforces the boundary between us.

Likewise, the person who can really get a spiritual job done for spiritually weak people is someone who’s spiritually filthy—someone like me, who’s married to the spiritual version of Satan. I’m the person you pay to cut your spiritual grass. If you’re spiritually weak, I’m extremely dangerous for you, but I’m in the best position to save you from your problem. Paying me helps reinforce the boundary you need to have between us for your own safety.

Let me explain to you why these people are so dangerous for me:

Whenever I’m behind closed doors with them (in a personal context, not professional), they turn out to be what I call “surprise nudists”—they immediately strip completely naked to make it clear we’re going to have sex, even if I have no intention of that. I have so many years of experience with this (yes, even with somebody who was a professional landscaper) that getting spiritually married and writing off physical partners was a huge relief for me.

I would imagine that it works the same for physical people, but in reverse: if they don’t keep it professional with somebody like me, they’re going to get raped in their spiritual body.

Whenever I see someone doing spiritual work for money I think about this. Like the thread where somebody does a $700 ritual to get you a sex slave. I can create that kind of change in someone’s life just by existing, no ritual needed, because I’m heading in the opposite direction of worldliness. Where’s my $700? I used to have listings on an auction site, but no takers, apparently because people are too scared. That’s the only kind of feedback I got. “I’m interested, but worried about my safety.” It’s your job to put up the boundary you need. I can’t do that for you.

I’m sick of all these worldly people taking the money that should be going to me. As someone once said to me at a retail job, “I need this job more than you do.” She was right. Those sales belonged to her because retail is all she can do. And you know what? I didn’t last at that job. I wasn’t cut out for work like that. Similarly, I need this spiritual work more than anybody else, because it’s all I can do. I’m stuck in the spirit world. I live here, I’m native to it, it belongs to me. I’m doing it because I HAVE TO. I have no choice but to make it work because it’s all I have.

If somebody wants a sex slave, all they have to do is get in their physical body as far as possible. Having a physical sex slave is an Se thing (MBTI terminology), not Ni. If you do a ritual for it, you’re using the wrong resources (Ni—spirit world) to try to get results. I’m in a position to get somebody a sex slave because I put people in their physical bodies by vacuuming up their excess Ni (spiritual energy) just by being an Ni-dom and living through my dominant function.* I’m not trying at it. But it’s a lot of trouble for me to be alive like this (I’m very physically high maintenance—I’ve sacrificed my physical body), so I still deserve to get paid for it.

*Works because Se and Ni are inversely correlated 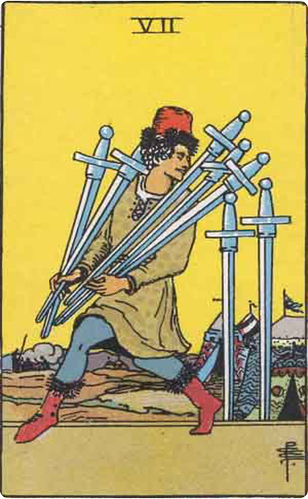 I was thinking more about how it’s bullshit that I’m “too dangerous” to make money from spirituality. My biological father was some kind of special forces guy over in Vietnam doing shit for the CIA or something. He was so dangerous even once he left the military that my mom had to separate me from him when I was too young to remember and I wasn’t even able to get child support from him. Yet even HE got paid for what he did. And people like him are respected for “keeping people safe.”

Just transfer all that over to the spirit world, that’s what I am.

He was also an avid hunter and at one time, famous in a particular genre of art. He was a natural master of physicality. He died a few years ago and came to live in my body.

What all that tells me about me is:

I’m the person who cuts your grass, hunts your food, protects you, and produces masterful works of art in the spirit world for you to look at. And I deserve to get paid for it. I’m a natural master of spirituality. I can do it all and make it look easy while I’m at it. But I’m so dangerous you can’t be around me. 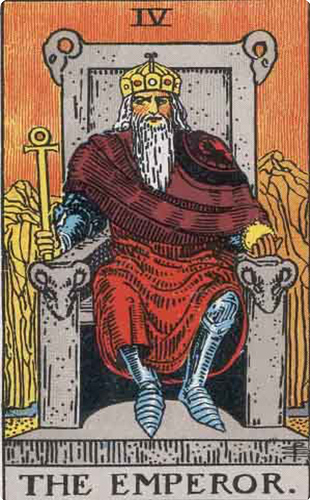