I have had a magician that has a very negative approach to magick. There is no asscent in his work. He creates servitors to torment women that dont follow his orders. That is what i consider Magickal Domestic Violence. Now as a true black magician that takes his craft very seriously i see this as offensive.
My fiance is his x. So since she broke up with him over a year ago he had one of his most powerful serviotors torment her everyday. Throwing things at her starteling her by showing up in the tv screen. Manifesting within the shadows. And other things. Well my fiance moved into my mothers house and he continued to send his serviotor to attack her in my house where i might add is where my magickal temple is set up. So once i seen the extremes that this spirit was going to in order to manifest its owners desire. I thought enough was enough.
So i went into a peiod of emmersion. Learnig everything i can about defensive magick, servitors and familiars. I found out its name (cause the piece of shit has been tormenting women for years with it) and consulted some spirits of the Goetia on this matter. I came across the goetic spirit Gaap. Now one of his overlooked attributes regards taking the custody of familiars and granting that custody to another magician. Come to find out (after a wonderful evocation ritual) his power works also with the servitors of other magicians. The ritual givin to me had instant results and also a VERY obidient new servitor. The ritual is a little extreme but i can garauntee that it works. Now that same magician is getting the same thing done to him that he did to so many women in the past and the best part is now he cannot end its life and absorb it. Let me know if anyone is interested. This may sound impossible but it can be done. But it isent easy. 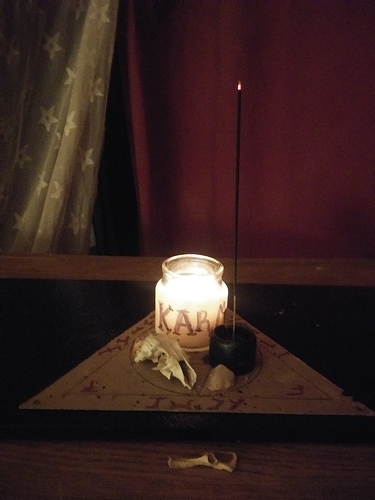 Go ahead and post it. I could figure out a way to do it myself, but I’m curious as to how someone else would do it.