It’s so hard to stay positive when it feels like the only thing you want right now is slipping away more and more… i just want things to happen now. I don’t want to walk around all day having this fucking stone on my chest.

I’m the kind of person that would try to make others happy and give them love even though I’m dying inside.

What do you do when everything feels hopeless?
How do you stay positive?
Do you have any quotes that you go by about positivity/magick etc… I enjoy reading them

Wishing you all the best my BALG family 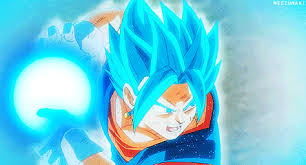 But for real
Shit does get tough.

We will send you strength galore

The spirits will too

Yea life can definitely suck sometimes. I’,m newer to this magic stuff but one piece of advice I can give you is find something to give you hope for tomorrow and the next day etc. Something your interested in a have a goal or goals. otherwise depression and insanity can start to creep in. Good luck with everything hope it gets better for you.

Well thank you so much for that, I really really need it. I was just about to write god bless you but yeah…I don’t know if that’s apropriate (I literally did write it though)

Hey don’t be sad about being alone. You’re never truly by yourself when you have us and those around you that you can’t see there to help you through shit. Oftentimes being alone is the best way to progress on your own, its a good time to practice self reliance a nice time to use that chin up attitude, if for no other reason than to spite the people that make you feel like that. Do it for you sister I send love and my best wishes

I will try that, thank you

Thank you so much but what do you mean by ”do it for your sister” ?

Your welcome keep your head ^ up ^

doing it for your sister could be another way to go. I know my life has taken a turn since I decided to be a better role model for my own brother so keep your head up and just find something to do today and tomorrow. Doesn’t matter what it is as long as its a positive influence in your life, stay focused on being the best you can be and your life will return the love one way or another.

You get out of your beater car to pump gas… ugh spending money, but than suddenly a homeless man stabs you and runs away.

Here’s the positives,
At least I (you) have a car some people walk miles in blistering heat.
Your family went to retrieve your car and put gas in it for you (nice!)
You find out later the homeless man was shot by police (great! One less person to pay for on taxes for welfare for that person to do nothing)
While laying on the floor bleeding, you see a pretty sky with birds (good view)

I’m being dramatic, but my way is easier than this:

I emphasize with this so hard you don’t even know

Agreed, positive thinking isn’t about intentional self-lying, it’s about choosing to frame reality in ways that make it easier to stay focused on your goals and keep going.

If it’s not doing that and is making life harder, or creating an internal feeling of dishonesty or failire to live up to the standards you also cannot rationally accept, then something’s going wrong.

I recommend finding “Success Through A Positive Mental Attitude” by Napoleon Hill, there are copies available that are out of copyright online but I’m not sure which (without downloading a bunch and checking them), a quick search should find some of the options.

The point is attitude is something you do, it’s a choice, it’s the stance with which you meet shitty events and bad moods, whereas simple “positive thinking” does have that slick “If I just pretend everything’s fine life will miraculously change” which… meh.

The older stuff comes from an era before widespread indoor plumbing and electricity (or effective medical treatments), when life was tough for people in ways we can barely imagine, so it doesn’t skirt the realities of life, and lacks that fluffy noughties “we’re all so rich, abundance tra-la-la” spin that later works have.

Also, this: “The Science Of Being Great” by Wallace Wattles, PDF and this Napoloen Hill “Law Of Success” download link.

You get out of your beater car to pump gas… ugh spending money, but than suddenly a homeless man stabs you and runs away.

…
You find out later the homeless man was shot by police (great! One less person to pay for on taxes for welfare for that person to do nothing)

You mean, he enriched your with his knife-culture, you privileged bigot!

Get the London look! 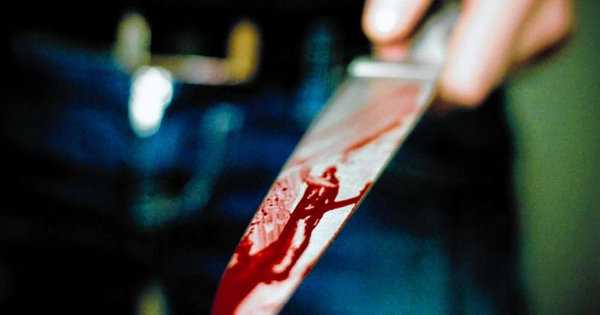 You pretty much said it. I try to avoid calling the positive thinking that every normie thinks of as self-lying because they usually get defensive lol but yep that’s it.

I know I know I’m a big fan of the knife culture! It imparts good life lessons… for other people lol

“Where your mind goes the energy flows”

What do you do when everything feels hopeless?
How do you stay positive?

Think of all the things your grateful for, do this while grounding yourself.

Slide into my PMs any time hun

Free of judgement or preconceived notions

Learn a Banishing ritual and use it. Picture whatever is preventing/inhibiting you in a form, could be anything. A coloured mist will do. Then perform a banishing. Give it all you have. Yelling/screaming the rite is great but these days I use whispers that travel to the very ends of the multiverse. You can too, with practice. Trace the pentagrams (or whatever you use) in front of the visualised problem(s) then project these visualisations to the ends of the earth – outside of your life/multiverse. Once in the morning and once at night, at least.

I know that you’d like a whizz-bang spell and a demonic friend but start with banishing. After you know you’re getting effects move on to an invocation/evocation ritual. Seriously, banishing rituals attract spiritual entities. These rituals let entities know that you’re around. That’s just banishing. Right? Banishing and invoking/evoking rituals are the two basic rituals that all rituals are based upon. You starting to see how import these are?

Finally, puberty blues pass and transmutate with time. Mine have long passed into the sunset, but the open scars and painfully frustrated memories linger like the stale smell of yesterday’s cabbage and the taste of my long lost wife…

Al.
P.s. Hope the above helps, because I know that it will.

I will try my best to be positive, it’s just that sometimes when I break down everything bad comes back