Anyone have any idea who this statute could possibly be?
I found her a few weeks ago when working in the opt shop 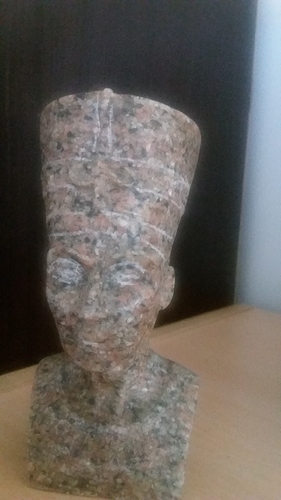 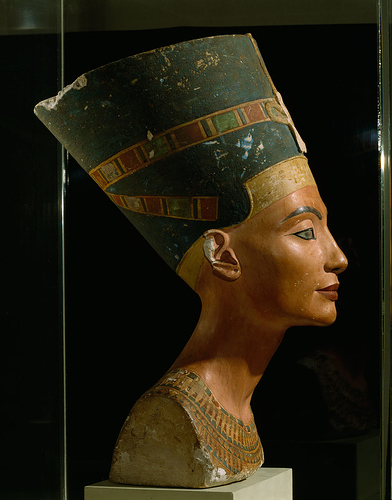 Auh. Cool as .and very interesting i saw it & loved it 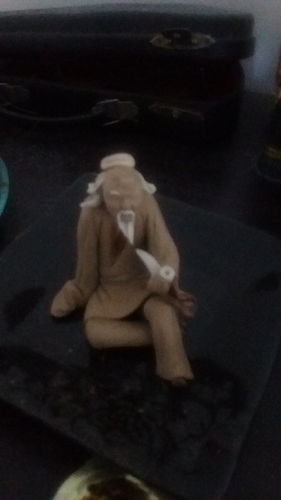 Its the height of my Mercury phalange (showing off😉)

It was the bigger statue that called for me

Nefertiti was a very powerful Queen of Egypt, and some archaeologists believe she even became Pharaoh herself upon the death of her husband, Akhenaten.

She and her husband led a religious revolution, where they worshipped only the Aten, or Sun Disc, changing Egypt from polytheism to henotheism (it was eventually changed back though)

If the statue called to you, maybe the Egyptian pantheon wants to talk

@DarkestKnight talk to me? Curious
Thank you for your help