Hi there guys! If one of you have them please post the sigils of

And if by any chance have it too Aiwass

did you ever get them

Yes but is a different system. Cause their representations are like a point, a circle and so on… The secret is in their names and conjuration skills 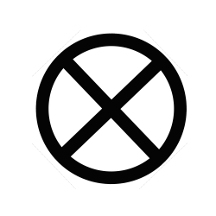 Thelema doesn’t have sigils as in grimoires. Circle is nuit - circumference of all - the space. Point is Hadit - point of consciousness that have no surface. Horus is cross ‘x’ - unity of Nuit and Hadit also unity of silent Hoor-Paar-Kraat and active Ra-Hoor-Khuit.

As sigil of Aiwas Kenneth Grant considered the LAM painting: 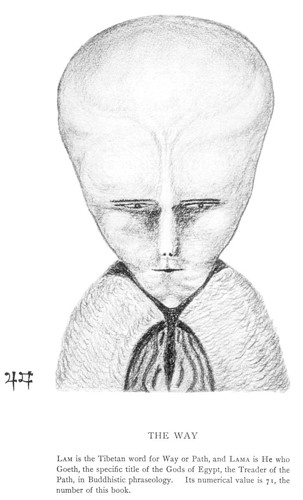 Babalon is a secret name of Nuit given to Crowley.

If you need ‘traditional’ sigils you could use egyptian symbols or made your own sigils and test them. In thelemic tradition Names of those beings are used as Words of Power and those beings are invoked mostly, not evoked, as representations of certain states of minds/mystical insights.

Indeed is a lot of sex magick. The circle, the point, the x… In the end the seal of the beast looks like a big fat phallus.

But that seal of the beast, correct me if I am wrong, is one you draw during Liber V ritual:

Original mark of the beast mentioned in Liber AL is the same as I wrote above.
Also whole gnostic mass and star saphire are sex magic. The same as secret degrees of oto IX X and XI - sex magic/tantra is a key to the thelemic system. Orgasm is perceived as small death - a bliss that each of us can experience multiple times. Eucharist is sexual, cake of lights consist of menstrual blood or sperm. You’re absolute right - a lot of sex magic

The Mark of the Beast? Yeah It still looks like a big fat phallus. No problem with that! On satanic altars the phallus is extremly important too.

What about Wicca and Pan? The phallus is of importance too

Good, I thought that I was going mad, I was think why does it remind me of something…