Most of you know I come from a Pentecostal background that had some rather quirky practices. One of which was speaking in tongues. Over the years I’ve seen it faked and other times it’s been genuine.

I’ve done it twice in my Christian practice. But since working exclusively on the LHP I find it’s coming out more than ever. So I wonder now if every time it happened in church it was demonic and the person doing it didn’t know it? It’s really strange. Anyone else have similar experience?

I know that alot Catholic practices incorporate demonic entities and people are none the wiser so I find this really intriguing and possible. I know for certain I’m not having "Christ " speak through me.

For those that dont know what this is, Christian’s refer to it as "being slain in the spirit. " Supposedly Christ comes over you and makes you speak a different language and only a chosen person can translate.

yeah I did that for around 3 years I changed denominations and I didn’t practice it anymore its real and true many believe all that failing down is fake aswel but I tell you when the holy spirit came over me I was knocked down to the ground , now I don’t have any denominations or churches I don’t go anymore

My Christian family speak in tongues. Even thought I was diligently following them at the beginning, I never managed to do it.
It is supposed to happen after a baptism, when the “Holy Spirit” enters within the practitioner.

I don’t think it’s fake because I saw some amazing stuff happening because of it…
But well, I’m out of it now. I don’t know if that was really the holy spirit or a demonic possession.
But I don’t think it was a demon. I mean, my family exorcise demons and evil spirits in the first place.

From what I’ve experienced, speaking in tounges is channeling information too hard or too fast to correctly translate into one’s naitive language. Information is still being gained, but not in the form of words. The translator tries to glean meaning from the principle speaker by way of psychic ability rather than actually knowing the language.

The Christian approach to psychic abilities is deeply flawed in most cases. They can make it work, but they get a little too impressed with themselves when they pull off the same operations that humans have always done. Most magicians see them as a crazy order of total noobs and muggles. Jesus does his best, but he’s got a lot of cringe to deal with. 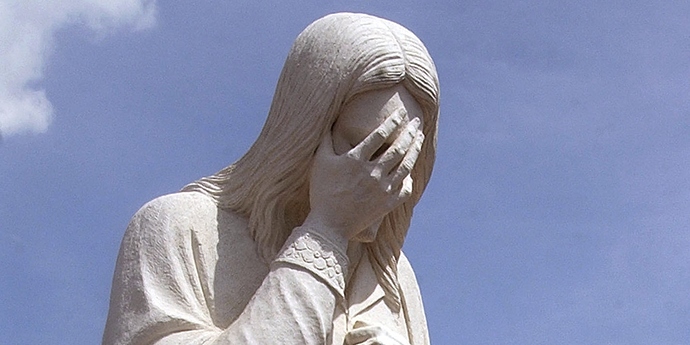 Search “cryptomnesia”. That, allied with genetic memory explains all so-called speaking in tongues episodes. Most times it is just gibberish. It’s not angelic nor demonic, just a function of the brain.

The babbling that goes on in Pentecostal circles is not true tongues. Legitimate tongues is speaking or being understood in another language.

In Acts 2, when the disciples start speaking in tongues all the foreigners gathered, were “bewildered, because each one heard them speaking in the native language of each.”

Speaking in tounges in the bible simply meant speaking another known language. It was a spectacular phenomenon because of the time in which it happened and the fact that it happened to so many people at once when they accepted the Holy Spirit. Also, if there was nobody who understood the language the person was said to be speaking the language of the angels and speaking to God. So people who spoke in unknown tounges without an interpreter present were supposed to stay silent and speak to God. Today, this idea has been tarnished and people just speak jibberish claiming its from God when it really isn’t. 1 Corinthians 14 talks about tongues.

I grew up in one of those churches too, and I know for a fact that the preacher was faking it and his wife was fake translating it. My Mom used to make me physically wash my mouth out with soap for talking kid gibberish because she thought I was mocking it. But my made up languages had larger vocabularies and better syntax than what my church passed off as tongues.

We were told that we must repent, be baptized, and receive The Holy Ghost to be saved. It took lots of help from the congregation, belief, and fervor for people to get the possession. When they did, I can’t deny that old nearly blind people jumped around like spry ninjas, but I also questioned what they were calling down.

I believed when I was young, and wanted it. It took a bunch of scraggly haired blanched faced women putting hands on me, praying and crying, and me wanting it, to have one second of my tongue flying to the roof of my mouth, seemingly of it’s own account. It was more like a shiver of the tongue that made sound in my throat than any kind of language.

Honestly, if God or Jesus wanted to give us a message, I fail to see why they would send it in obscured forms only translatable by “chosen ones”, which can be easily abused by megalomaniac priests and pastors looking to keep you paying tithes.

My second of sound was more Arabic sounding than anything else. The preacher and wife threw random syllables together that almost sounded like Egyptian names, and I’ve seen televangelists occasionally use a version that sounds like the cooing gibberish you say to babies.

Basically our version of Glossolalia lol

From the aspect of the mind the use of speaking in tongues can be used in ritual as a way to speak the energy of the ritual into existence. Since you are not consciously speaking a language the subconscious starts to stir and express itself in this “babble speak”. I’ve used it in elemental and planetary rites before i started exploring the path of smoke with alot of good results.

The path of smoke uses a more targeted version of this through litianies in inversed pahlavi. The deeper you get into the litiany the more the conscious and subconscious mind bridge as you recite it. The effects are intense to say the least.

The babbling that goes on in Pentecostal circles is not true tongues. Legitimate tongues is speaking or being understood in another language.

Yes and no. “Speaking in tongues” generally refers to one of two seperate phenomena. What you refer to is “xenoglossia” where one speaks in a known language that should not be known by the speaker. The other is “glossolalia” which might be seen as xenoglossia but without it being a known language. Ive also read about the latter practice being thought of as a contributer to the development of language as we know it.

And Glossolalia is like opening a floodgate. Once you open it it can be difficult to stop. Utter one word on your smoke break at work and youll be trying not to speak it all night.