When your questions get answered…

The other day, I watched a grown man basically say in an interview “I don’t like big girls, as most of these girls are insecure about their bodies.”

While this should have offended, I actually stopped watching the interview and had to think about his comments and why it made me laugh. It finally dawned on me that a grown man calling the Divine Feminine by the name of “girls” is a reflection on him, not the Divine Feminine. In my opinion, it lacks maturity…

Remember an opinion is an opinion, not a judgement.

In the past few months, I’ve come to understand I am the only one who has power to change my life. I can change my body, my hair, my spiritual aspects, my body also has the potential to carry life.

And then I learned of the Goddess Sophia, who Goddess Aset led me towards. All of to help me understand and maybe to share my knowledge. The goddess Sophia was the wise and spiritual one of the archetypes of goddesses. Her identity was hidden, as men of her time in history were threatened by strong women.

SOPHIA: Goddess of Wisdom Have you ever wondered about that gorgeous woman in Michelangelo’s painting on the ceiling of the Sistine chapel—the one that God has his arm wrapped around while his other arm extends to touch the hand of Adam? Some art...

Sophia, personification of wisdom, presents very different aspects depending on where you look. In the Old Testament she is “the first of God’s works”, and the books of Proverbs a… 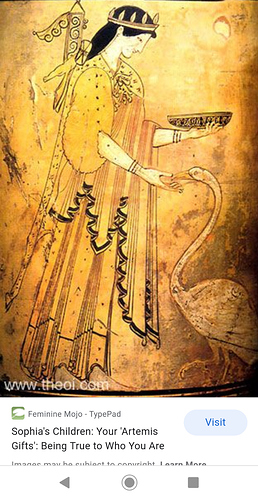 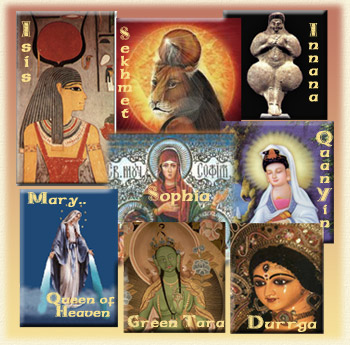 I think I can heal a little bit easier as I come to know Goddesses Sophia and Aset. I am interested in knowing more about this Goddess and am now setting Ahriman aside for a bit.

If youre talking about sophia related to gnostic christanity, then she is the symbol of wisdom who tried to understand god and caused nothing (chaos. God.) to break into a physical plane as a way to understand and rationalize the nothingness as god to gnostix christians where nit a being but a concept.

Im glad more people are finding out about sophia. . Also some occultists do not believe nor care about the “divine feminine” as some view it as a tool to force a sort of authority or “power” over males. i just wanted to share my opinions as i hardly see anyone talking about sophia and its a very interesting topic to talk about.

Also some occultists do not believe nor care about the “divine feminine” as some view it as a tool to force a sort of authority or “power” over males.

Thank you for your opinion, I really do appreciate it.

It definitely brings some things I need to look at in my own life. I think a lot of the times women look at a man and want to change them after getting into a relationship - and they forget why they fell in love in the first place.

I’d like to learn more about Sophia, as she makes sense to me.

The name Sophia may refer to more than one goddess or different human perceptions of one goddess. Sophia is literally the Greek translation of the Hebrew Hochma or “Wisdom.” Alexandria, Egypt, was the home of a large unconventional Jewish population, many of whom exclusively spoke and read Greek. The name Sophia may first appear in print in the apocryphal text The Wisdom of Solomon written in Greek by an Alexandrian Jew in approximately 30 BCE Sophia is described as YHWH’s throne companion—present at Creation—humanity’s guardian and guide, comparable to the Shekhina or Asherah. (A recent theory suggests that at least some of The Wisdom of Solomon was written by women, possibly from a religious community described by Philo as the Therapeutae.)

According to The Wisdom of Solomon, Sophia will not enter a fraudulent mind nor make her home in a body “mortgaged to sin.”

Alexandria was a melting pot, especially when it came to spirituality and mysticism. The different schools of Gnosticism developed here; Sophia evolved into an independent Gnostic goddess, the Lady of Divine Wisdom, possibly distinct from Hochma. There isn’t one school of Gnosticism: there are many and thus many visions of Sophia. Here’s one basic version of her myth: Sophia and the Creator are partners in Creation. Somehow Creation is flawed and Sophia’s desire to live with people on Earth is stymied. She retreats to a celestial realm to hide. Only the Creator knows where she is and visits her, but pure-hearted spiritual seekers can find her if they search diligently.

In other versions, she echoes the Shekhina: separated from her male counterpart and her celestial origins, she is in exile in this world. Her tears are the source of Earth’s waters: the sea, rivers, and springs from which life and healing stem. She gives birth to light.

Sophia is sometimes associated with the goddesses Ma’at and Athena and with the serpent of wisdom. Modern magical traditions sometimes invoke Sophia for academic success.

Statues of Sophia depict her with a book in her left arm. A dove emerges from her heart. She may wear a bay laurel wreath. Sophia is sometimes represented as an angelic figure painted red. 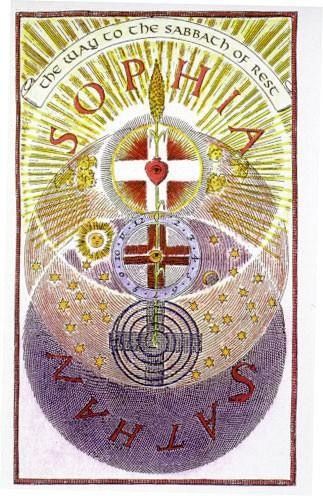 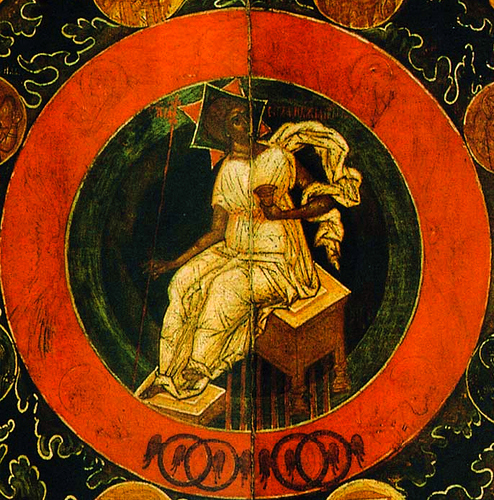