I am interested to start working with Sonnillion. I have some important workings to do and he seems perfect for it.

Do you guys have the sigil too?
Have you guys gathered some experience with him? 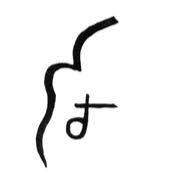 Thanks Xag!!!
Have you worked with Sonnillion? I understand He does help with pleasure in baneful workings. He is very faithfull

moments ago i started chanted her enn.the energy was fiery and very agressive (Not torwards you or the magician) but it was just agressive colours like this: (red,orange and yelow) 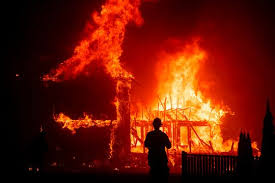 but yes its intense,

i had a weird sesnation on my crown chakra and i asked her to fix it,then i saw a vision of a spider at my crown chakra (parasite) she told me “let me go into your crown” then i told her ok then i felt sensations kicking something out then eating it then she put a fire circle at my crown as a protection.

she aslo started whispering " Asafoetida " which is a demoness now that i am researching her.

That is a plant. A very stinky plant, from what I understand. I’ve never heard of any demoness by the name.

thats what i found too,but i remember her from reading demonlatry, if you google “Asafoetida demoness” you will be able to find her.

when i actually was with sonnilion i thought of cleansing and i got an impression that i needed asafoetida too i dont know if its the plant or the demon but the demon is used into love and relationship stuff.

The Spiritual Uses of Asafetida


Asafoetida is one of the most powerful cleansing and banishing herbs

maybe sonnilon from the impressions that i got,wants to help to fully cleanse and banish that parasite and she wants Asafoetida the plant to be used as incense.

the demon is used into love and relationship stuff.

I like that. A demon that specialises in love that shares its name with a stinky plant

I have somewhere a grimoire which shows that every plant has a patron demon. I don’t remember the name thou.
Interesting to check the plant

There are a lot of stinky plants that are given monikers like “Devil’s Breath,” and “Devil’s Tail,” and there is even a type of large stand of trees in the Amazon Rainforest called “Devil’s Garden” which is created by a species of ant that poisons all the vegetation around it except the trees in which it nests.

I am not at all surprised that plants would have a patron demon. Anything that is stinky, sticky, or just icky is named after ol Hot Pants Himself.

and tbh i see lots of spirits in my house,mostly like people or mini shadows like ghosts.

If I remember correctly (don’t have my copy on hand) he gave it as part of a group of three, and simply stated that the enns call dark spirits of destruction. I assumed they were unnamed spirits, like those in the story he tells about his first curse against an ex lover who slandered him.

I didn’t realise it was an actual known spirit with a seal.

hah i was just doing more research to sonnilion and i found this Destructive enns from Baneful Magick( Koetting)
the spirits sonnilion,mephisto and amducius and svengali,the op refrenced that they are 4 spirits from the book of baneful magick,

otherwise may the nameless spirits are from this incantacion https://www.becomealivinggod.com/newsletter/4-incantations-to-conjure-limitless-power.php

No, the nameless spirits were simply what EA called out to for his curse as he didn’t name any specific demons for the job. He just called for "demons of sickness and death. "

That incantation was released a long time after the book was published so he was not referencing that.

In Baneful Magick, he goes a bit into the origin of the demonalatry enns, and then gives instructions on how to use them, saying they call upon spirits of death and destruction. He did not name the specific demons in the enns, or provide seals for them, as they were not necessary, which is why I assumed the spirits were nameless (it was also the first time I had even heard of demonic enns so I didn’t know they invoked specific spirits at the time).

Baneful magick isn’t really my thing either, but after I read Works of Darkness, I eagerly devoured the book once it was released because I love his writing.

Hahah tbh i am waiting for some enemies but i dont fuck with them they need to fuck with me first and if they are unlucky enough to evoke my True anger and rage within me that put me on mental treatment when i was a young kid no phychologist did something else to me except hide it and repress it and then i took drugs to shut it.