Something in a dream

How do you usually go about summoning her? And yeah id love to hear your experiences with her…though im mostly interested in the practical application of her in my daily life versus mysticism and gnosis

Call her like you would call any spirit, it’s all the same.

Call her like you would call any spirit, it’s all the same.

Ah okay, because i typically use sigils, but i guess ill see what i can do with just her name

The triquetra can work as one. 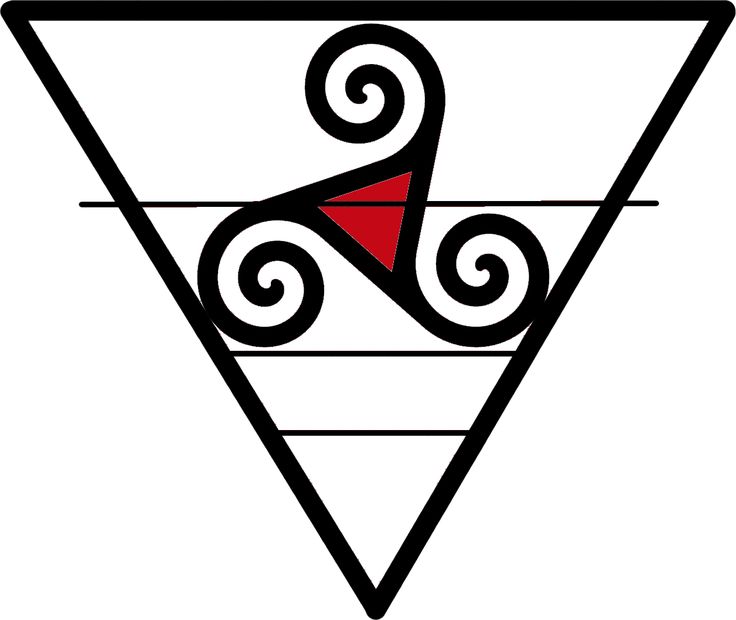 Funny, I had convinced myself that I’d seen that name as well and then I found this…
http://forum.becomealivinggod.com/t/the-call-of-the-morrigan/19406

Thank you for linking this thread.

In her mythology she only had two male children. (Of what I’ve read so far.) Both had some physical problem that caused their deaths. I don’t remember what killed one but the other was a beautiful blonde like Lugh. He was perfect in every way like Baldor from Norse mythology except his heart, it housed 3 serpents that if ever released would destroy the world.

The other gods wanted to kill him but Morrigan refused. Eventually they found away to get him away from her protections and killed him. The Curse she layed on the killer was sever.

Morrigan will not hesitate to kill for her own but she does what she wants when she wants too and sometimes it might not make sense to the Magician but she always works for your best interests. I’ve never had problems with her coming if you call her but her response won’t always be what you expect.

As Badb she has what Joey Morris (love her stuff btw, very informative!) called a Death Scream. It’s very powerful and can drive your enemies insane but I’ve also had great sucess with transformation magic from Badb.

Morrigan is very much Mother to me regardless of her form but she’s different for everyone I’ve noticed.

Have you had any luck with her?

Your explanation was fabulous.

thats quite interesting. Never knew about the issue with her kids. Now it makes more sense. I’m actually looking to use her for something specific soon…since her name popped back into my head after EAs recent video…so ill let you know how it goes. id love to hear any experience you have had with her getting stuff done for you too

It’s a little hard to pinpoint things with Morrigan. If she decides to fully come into your life she’s part of all aspects of it and assists were she feels the need. Don’t get me wrong I can call her and ask for specific help but she is always in the background.

Maybe this past year could be an example.
She got me much needed medical attention, a raise, got rid of a couple of managers I hated working for and now she’s helping me ween myself off medications I no longer need.

i see i see. I just find it so odd that she would come to me honestly. I have no celtic or european roots that i know of, and before the dream, i hadnt even heard of the name before. i did have an important baneful task at the time which has yet to be completed so maybe she can help

btw…do you have a special way or sigil that you use to call her?

Is this the morrigans sigil?

Maybe she knows of something that’s going to happen and wants to assist you?
I’ve heard of her doing that before.

I started out with candles I’d dedicate and use her name Morrigan or one of her aspects (Macha, Badb, Anu) if I wanted to be specific. I use a Trinity Triskele as a sigil.

I’ve been thinking of making a more personal one for her, I’d be happy to share it when I get it done. 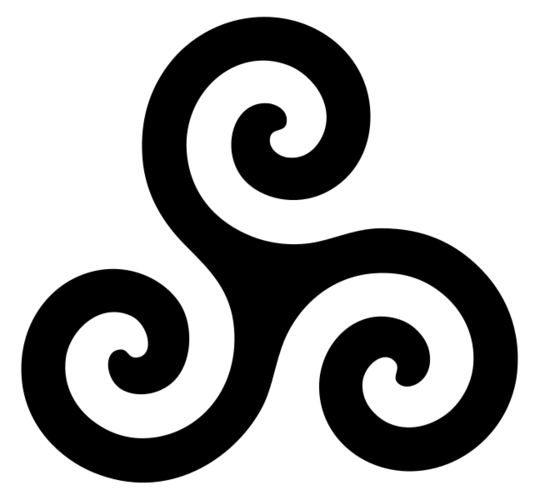 looks like a precursor of c. kendalls sigil, so i guess ill use his. im just trying to figure out the proper pronunciation of badb. wikipedia says its old irish

just for everyones benefit, this video by joey morris (thank you @anon48957109 for dropping the name) has great info and experiences with working with her 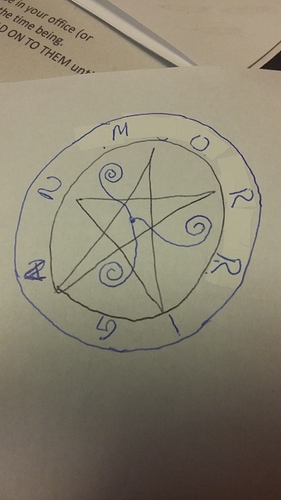