Hey all I have attached screenshots I found of a comment that someone made on an article about Santeria/Ocha. The comment is… well it’s very harsh to say the least.

I would like to know is there validity to this persons experience? Not just in Santeria but spiritual currents in general?

Thank you for your thoughts 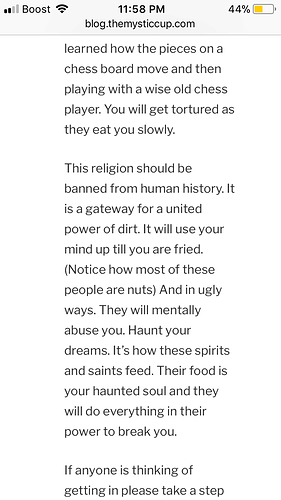 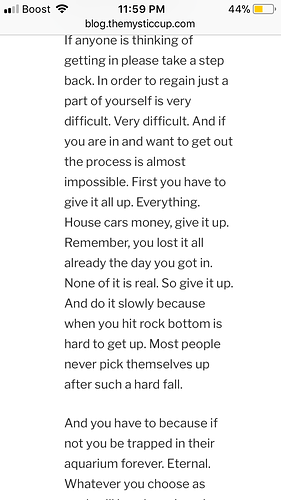 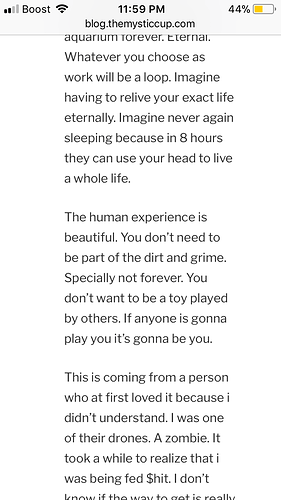 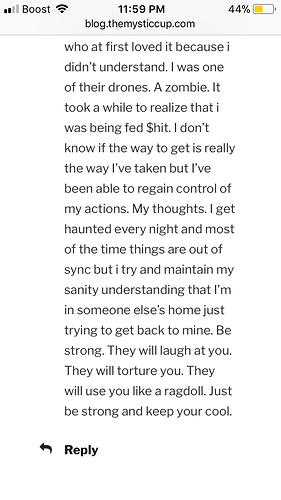 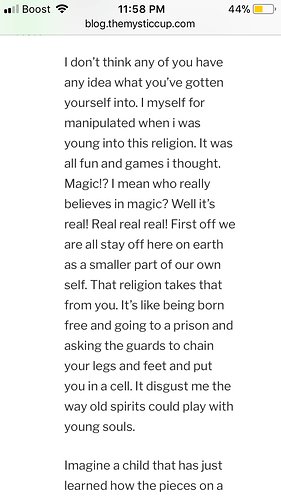 See…this is why you don’t get on the bad side of the Orisha’s
Because…you’ll end up like this guy, Lol.

Sounds to me like a classic case of “I didn’t know what I was doing and fucked up”.

Santería, Quimbanda, Vodou(n) and similar traditions all of some things in common; the Spirits walk with you (always), the magic is potent, and you don’t fuck around with how the spirits get things done.

Banning a religion from human history, good or evil, would tell people mistakes like this poor ass excuse for being “abused” never happened; too many people assume too much of many things.

Santería has a lot of Christian roots (using Saints and other sources for folk magic) but like many Afro-Latino-Carribian traditions like it, it allows more freedom for its practitioners compared to many denominations of Christianity. I suspect whoever wrote the article probably has a dogmatic view of the world and refuses to accept other postulations about reality.

Plus a lot of his sentences make no sense; “First off we all stay off here on earth as a smaller part of our own self.” WTF is going on in his head?! We are physically part of earth, but sure technically we transcend its happenings through ritual deification. However we don’t stay off of it; doing so is called “having your head up your ass”. It sounds a lot like this article was a heavy manifestation of this phrase.

What an ass clown. That’s like taunting a pack of rabid dogs behind a fence made of glued popsicle sticks.

I feel bad for the blog post writer. Sounds like he lost everything and now the spirits haunt him badly. I don’t know about Santeria, Orisha or things that got mentioned here…
So I don’t know what to tell about it but I think we should be nice. He might find this post …
I hope he will find his way.

@Fallen_Angel They certainly don’t. I’m sure his life got even more interesting after posting that. @Zafa He sounds like a whiny crybaby. He’s reaping what he sowed. And he’s sowing even more seeds of destruction through this post. If he was thinking clearly, he would try to make ammends with the Orishas instead of adding fuel to the fire with this post. Instead, he’s acting childish and things aren’t going to get better for him until he takes responsibility for his fuck ups.

Thank you everyone for the input. It just struck me odd because I’ve never heard from someone who sounded so downright terrorized about this like he sounded.

A good friend of mine was initiated as a Mambo in Haitian Vudou and left the scene because of the corrupt business obsession that permeates the practice in her area. She practiced solo for years. One day she decided to stop practicing. She respectfully did her goodbyes with the Loa and carefully dismantled her altars. She didn’t have any problems. She also mainly worked with Dantor though, and Dantor is the only Loa I will work with. She is relaxed and forgiving and incredible as long as your intent is good and true. My friend hasn’t had any problems.

My boyfriends family comes from a strong Santeria background being from Cuba. I don’t know shit about Santeria, still. Lol. A while back when I knew even less I found the Elegua heads on accident. You know that guy showed up in my dream that night. I was walking through the woods and a caped thing with dark skin and white chalk on it’s face was following me, hopping between trees hiding. I was like, wtf… Lol, but wasn’t alarmed. I thought it was a kid. Eventually it caught up to me, and when I turned around and called to it nicely to come out, it did, it said, “Why won’t you play with us?” At that point in my dream I was kinda creeped out and confused because this chalk faced robe thing was approaching me like a playful kid. And I woke up. I learned about Elegua and the heads shortly after when I told my boyfriend. That’s apparently that spirits playful nature and I was right in not sensing anything malicious despite the creepy appearance.

Here’s the issue with Vudou and Santeria… the damned people. My boyfriend’s family is fucking insane. They use Santeria and the Orishas like their personal attack dogs to carry out their petty little ridiculous dramas daily. It’s like that teen mom reality show mixed with Jerry Springer mixed with every other dumbass show you’ve ever seen, but they sick the spirits after each other. Even within families. It’s absolutely ridiculous. His mom has told me from her own mouth, that’s the culture, at least with her upbringing in Cuba and Miami. And there are Orishas and Loa that are mischievous in nature and really are entertained by that stupid drama, and they know it and petition them. Growing up in that in that kind of environment saturated by dumbassery and spirits will make anyone crazy. His mom is kinda crazy like that. And I get the same vibe from that poor guys writing.

Go slow. Research what you’re working with. Be respectful. Research some more. Follow your intuition. And you should generally be fine.