Even so long as the earth still nurtured the Golden Race, she had her dwelling on earth. But with the Silver Race only a little and no longer with utter readiness did she mingle, for that she yearned for the ways of the men of old. Yet in that Silver Age was she still upon the earth; but from the echoing hills at eventide she came along, nor spake to any man in gentle words. But when she had filled the great heights with gathering crowds, then would she with threats rebuke their evil ways, and declare that never more at their prayer would she reveal her face to man. ‘Behold what manner of race the fathers of the Golden Age left behind them! Far meaner than themselves! But ye will breed a viler progeny! Verily wars and cruel bloodshed shall be unto men and grievous woe shall be laid upon them.’ Even so she spake and sought the hills and left the people all gazing towards her still. But when they, too, were dead, and when, more ruinous than they which went before, the Race of Bronze was born, who were the first to forge the sword of the highwayman, and the first to eat of the flesh of the ploughing-ox, then verily did Dike (Justice) loathe that race of men and fly heavenward and took up that abode, where even now in the night time the Maiden is seen of men.

Contrast this with the treatment of creatures at the hands of the majority of those people who deny the superior individuals and races the right to be ruthless in their heroic struggle against Time; of those who would like us to believe they “love their enemies” and have a genuine horror of atrocities! We have seen, we see every day, how the hypocrites treat their enemies – when they catch them. And we know what atrocities they can perform on human beings – or order, or at least condone, – when it suits their purpose. They treat animals no better. They take the hidden crimes daily committed against them in this increasingly wicked world, as a matter of course, just as they do those committed against the men and women whom they look upon as “dangerous fanatics,” “war criminals” and so forth. Of course, they find good excuses for their attitude, – one always does; logic was granted to man in order that he might justify himself in his own eyes, whatever monstrosity he might choose to support. But their premises are entirely different from those of the selfless people who fight with consistent ruthlessness for ideals in harmony with the perfect cosmic order. Their basic argument is “the interest of humanity” – indiscriminately; the “interest of humanity” as a whole; of “the majority” of human beings, good bad and indifferent; and of human beings alone. Their ideals – expression of the downward tendency of Time, which is hurrying man to his doom – are anything but Golden Age ideals.

Which humanity indeed do our kind-hearted agents of the dark forces struggle to “save,” at the cost of untold suffering inflicted upon healthy, innocent and beautiful creatures in the torture-chambers of “science”? Surely not the strong and proud élite of mankind, waiting for its Day to start a new historical Cycle, upon the ruins of the present world. Such men and women as belong to that healthy minority need no such laboriously discovered medicine, and would not accept it, even if they did. No. The majority of our contemporaries who support the infliction of pain upon living creatures for the sake of “research” are concerned with the relief of “suffering” humanity. They are full of that morbid love for the sick and the cripple, for the weak and the disabled of every description, which Christianity has once made fashionable and which is, undoubtedly, one of the most nauseating signs of decay in modern man. Whether they be professed Christians or not, they all cling to the silly belief that it is a “duty” to save, or at least to prolong, at whatever cost, any human life, however worthless – a duty to prolong it, just because it is human. As a consequence, they are prepared to sacrifice any numbers of healthy and beautiful animals, if they imagine that it can help to patch up the failing bodies of people who, most of them, would not have been allowed to live or, rather, would never have been born, in a wellconceived and well-organised society. In their eyes, a human idiot is worth more than the most perfect specimen of animal or plant life. Indeed, as our species degenerates, its conceit grows! And that conceit helps to keep men satisfied, though they be completely cut off from the vision of glorious, healthy perfection that dominated the consciousness of the world in its youth and that still is, and will remain till the end, the inspiring vision of a decreasing minority.

Bruh, those are way more than quotes.

Try to keep it short and sweet.

At least a TL;DR at the top or bottom.

“It is not events that disturb people. It is their judgments concerning them.”
-Marcus Aurelius

Truth, for the tyrants, is the most terrible and cruel of all bindings; it is like an incandescent iron falling across their chests. And it is even more agonizing than hot iron, for that only burns the flesh, while truth burns its way into the soul.

Bruh, those are way more than quotes .

Try to keep it short and sweet.

Made me read long quote, and give it a Like, thanks!

May the tears I cried in the past lube the cheeks I clap in the future.

“You’re silent though attacked” They said,
I replied “Responding is the key to every dread”
Silence towards a fool is dignified
And a means to an honor fortified
Do you not see the silent lion is still feared
While barking dogs are forever jeered?

I was finally beginning to perceive that no matter how many dead people I might see, or people at the instant of their death, I would never manage to grasp death, that very moment, precisely in itself. It was one thing or the other: either you are dead, and then in any case there’s nothing else to understand, or else you are not yet dead, and in that case, even with the rifle at the back of your head or the rope around your neck, death remains incomprehensible, a pure abstraction, this absurd idea that I, the only living person in the world, could disappear. Dying, we may already be dead, but we never die, that moment never comes, or rather it never stops coming, there it is, it’s coming, and then it’s still coming, and then it’s already over, without ever having come.

“It reminds her of something. A game she played when she was a girl. How funny: she hasn’t thought of that game in years. She never told anyone about it; she knew she mustn’t, although she couldn’t say how she knew. In the game, she was a witch, and she could make a ball of light in the palm of her hand. Her brothers played that they were spacemen with plastic ray-guns they’d bought with cereal-packet tokens, but the little game she’d played entirely by herself among the beech trees along the rim of their property was different. In her game, she didn’t need a gun, or space-helmet, or lightsaber. In the game Margot played when she was a child, she was enough all by herself.” 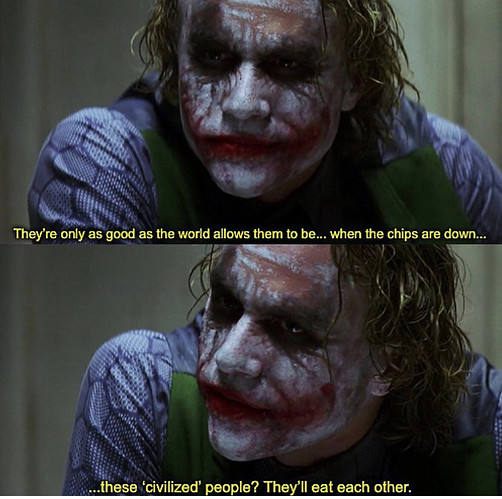 Anything yields to you only to the extent you pay attention to it. In this context, your breath is a beautiful device because it is always on

“Every person in our life is a lesson, every stranger a metaphor.” -Anonymous