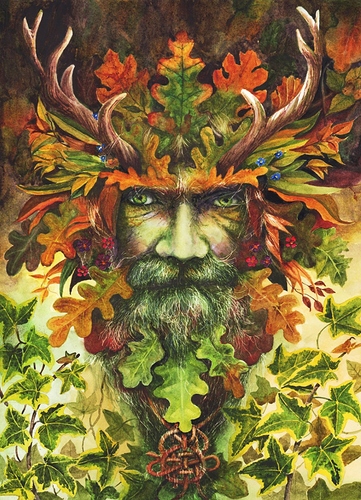 Everything is a choice, “to be or not to be, that is the question.” Going off grid is okay if you have a means to support yourself, but not unless you do. Otherwise too many bad things can happen, imho. I like natural magick and elemental just as well. It’s all good. Can’t say I blame you wanting to be totally “free” as we all have a right to be. Just be careful.

Society can make you feel that way big time, I know!

But nature will never try to do anything to you it just does what it does but never out of malice. Well, not the elements at least.

Magick, to me, is about harnessing and controlling that. Going out in the woods and hiding away won’t let you progress, you’ll get so far and learn i’m sure but locking yourself away isn’t being balanced and whole.

Shamanism isn’t about being a hippie, hippies really were just homeless druggies. I doubt many of them could think straight enough to know their power animals.
You want to learn about Shamanism, @Lady_Eva has a beginning training she could PM you if she wants that i found very informative and helpful but not once did it say i had to go live off the grid in a log cabin in the woods somewhere.

Mother nature isn’t a peaceful, kind lady. Nature is a force of birth but a massive force of destruction and chaos. It sits back and watches species go extinct, starve to death, or burn alive in forest fires. It is a force of balance and our lives don’t matter to it.

Elementals can be very helpful but also extremely destructive too of course.

Mother nature? It’s a planet with geologic forces that can harm or elements that can replenish or not. It, as you call this cannot feel like animals do, of course not, it is made of rock, water and dirt and we just happen to live on this rock. It isn’t alive, but we are. Many beings are alive, not the rock we call home, though. I’m well aware of all this. I do not worship earth nor anything on it. I try to be a steward of this home I live on but not much more.

i disagree with you on one thing, it is very much alive just not in a way that is every going to be familiar to us. Rocks, water, and even air are made of the same substances we are which are alive.
I guess you could say Malice never comes into play true but one day it will hit a point and shake us off to restart again.

I don’t think you meant it was kind or anything like that, i mostly want OP to realize it a case of “the grass looks greener” here. We as humans have evolved (or devolved depending on who you talk to) to no longer be adapted to being in nature. If a person uses their brains and the knowledge learned they could survive but without that would die so being off the Grid is a risky thing unless OP did their research and learned new skills. I don’t want them thinking they can just tap into Nature magick and everything will be okay.

If a person uses their brains and the knowledge learned they could survive but without that would die so being off the Grid is a risky thing unless OP did their research and learned new skills. I don’t want them thinking they can just tap into Nature magick and everything will be okay.

Yes, and eventually we will have to “devolve” in the sense that we will be forced to live off the land again, due to the way society has become, many humans will be forced to learn to live off of the earth and abandon the ways of control and domination etc… It will happen. I have zero doubts. Look at the Amish, they are proof that humans can survive without technology. They still do it, so can we. We can learn from them. They are wise for keeping to their ways!
I never said magick was the answer to it all, never. Never would. I just see it as a harmless pastime, if it helps you to have perspective and adds to your enjoyment of life, why not.

I find Magick can be far from harmless but i get you.
I don’t see Tech as control and domination. There are many Magicians who use Tech in their Magick, they call themselves Technomancers and I’ve seen their results. I happily use it myself, it is a powerful network we can travel to gain control if we know how to use it but if we don’t, ya i guess it could consume an ill prepared person.

If OP is really interested in living in the woods, there are some youtube channels that specialize in building all kinds of things from the land and teaching you how to do it yourself.

I find Magick can be far from harmless but i get you.

Well, yeah, obviously it can cause issues if you don’t know what you are doing or if your intentions are harmful. But if it is just to add a little rain on your garden I see this as harmless, didn’t mean to imply anythings else but, oh well. I didn’t plan to expound on the pros and cons of it, just in general it is okay to practice if you learn how to safely. As I’m not on the dark path I don’t always include that perspective in what I say.

Occasional withdrawal from society in a magical retreat, especially in nature, can skyrocket your progress and Ascent if it is devoted to magick and not simply an escape.

Jason Miller recommends doing several small retreats, maybe for a few days to a week, and one long retreat of several weeks to a month at least once a year if possible.