Satanic Ritual Against Canadian Cops? (Pig Head Within a Pentagram) 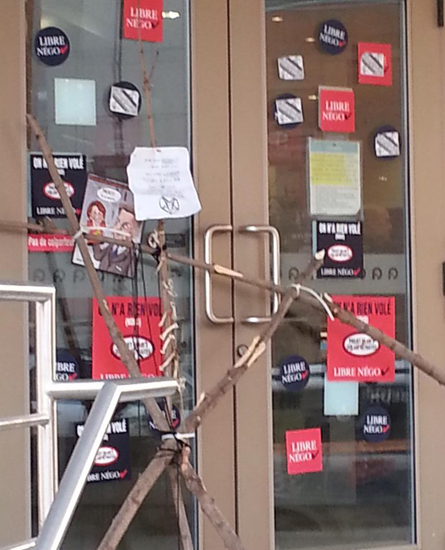 Here’s my translation of the French article (with added notes and comments):

A pig head, aptly placed within an inverted pentagram, was found today just outside the Fraternité des policiers de Montréal offices (Montreal’s Police Fraternity) early this morning.
A citizen heading to work alerted the cops around 6:15 AM. The association’s president, Yves Francoeur, was informed of the incident.

The union headquarters is located at the Gilford and Pontiac street intersection, in the Plateau-Mont-Royal borough (Montreal, Quebec, Canada).

Pieces of wood forming a scarecrow have also been placed against the building’s doors. Besides, a note written backwards said: “Vivante vous nous les avez pris, vivante nous les revoulons, que les fantômes vous hantent à jamais”, which means: “Alive, you took them from us, alive, we want them back. May phantoms haunt you forever.”

Note: The word “alive” -vivante(s)- was used in its female form. The one(s) that orchestrated the ritual were hence referring to female lives they accuse the cops of taking from them. The pronoun “them” (les) was used, which lets us know they were referring to more than one woman.

What are the motives behind such magickal warfare? Here are some possibilities:

Yves Francoeur, Montreal police union boss, says ‘multi-ethnic’ population a risk to officers
Officers ‘not immune to the possibility of attack’ because of Muslim population, he says
http://www.cbc.ca/news/canada/montreal/yves-francoeur-montreal-police-union-boss-says-multi-ethnic-population-a-risk-to-officers-1.2881517

Quebec muslims react to statements by officials on mosques and extremism in Montreal.
http://beforeitsnews.com/eu/2014/12/quebec-muslims-react-to-statements-by-officials-on-mosques-and-extremism-in-montreal-2575372.html[/i] 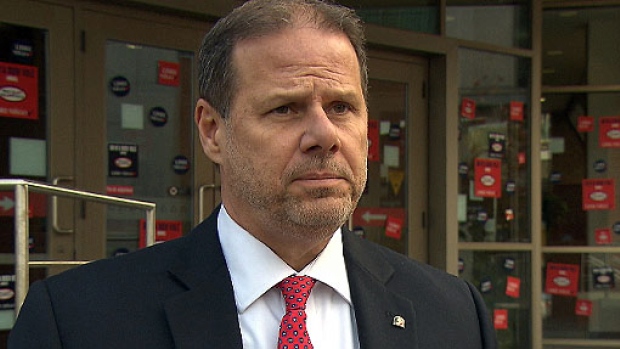 But all three theories do not seem to have anything to do with the hexed note’s message. Would Islamists, who offend condemn “Satanic culture”, partake in black magick rituals?

The Service de police de la Ville de Montréal (SPVM) (Montreal Police Service) stated that it did not receive any threats in regards to that note, and that an investigation will be conducted in order to comprehend the author(s)'s motives.

Though there was no witness, a surveillance camera was operating at the entrance. What’s your take on this? Could some of you “screen” these pictures, and maybe sense what type of magick was used?