This was on FB so I had to share, some woman was posting about how Yoga Barbie will turn children towards Satanism. I’m trying to include screenshots because its so funny. Also, I want the Yoga Barbie now so that I can put it in the poses that supposedly summon Demons. 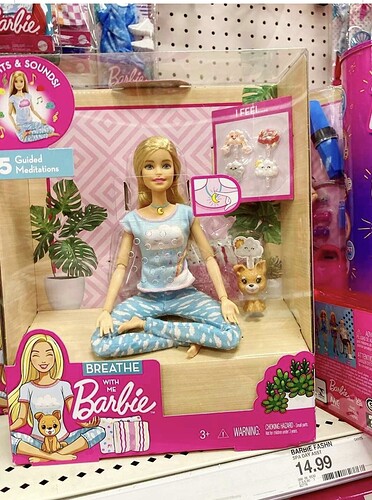 Updated to remove the person’s name.

Please keep comments to magick and your experiences, and stay away from bashing religions in general or getting political. I will have to close this post if it goes in that direction.

Hello Y’all, I have always viewed magick as a transcendent, unifying topic. It allows every single human to transcend this physical universe, let alone this planet. No more human ambition exists than to aspire to become more, to evolve, to maximize ascent. French existentialist Jean-Paul Sartre defined human essence as an “ambition to become god.” Peace Treaty As such, I would like to help foster a more unifying and ascendant experience on this community forum. To do so, it requires a peace tr…

And? She is allowed her opinion and allowed to talk about it on her fb page, and you’re allowed to disagree.

I really don’t think this is anything to get excited about, we all know JCI religions are evangelical and want all people to convert to them, and some people tend to conflate “other” as bad.

It’s pretty funny considering we think Jesus studied in India that she thinks yoga is verboten.

The screenshot of the Barbie was edited to remove the URL. The person’s name who made the FB post was in the URL, which is identifying information. She doesn’t need to be potentially harassed by members because she has a difference of opinion, so to be safe, her info was removed.

Also, I want the Yoga Barbie now so that I can put it in the poses that supposedly summon Demons.

I want one too! She would be so cute on a little shelf in a meditation room. I wander if I can enchant her so the room feels peaceful. Here’s the one I want: 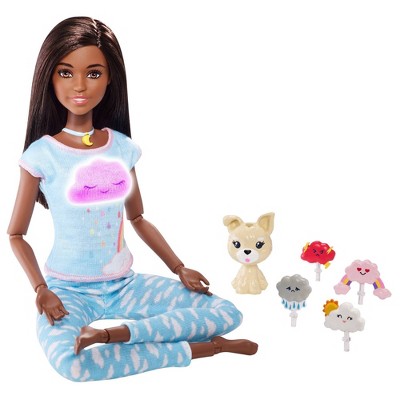 Read reviews and buy Barbie Breathe With Me Meditation Brunette Doll at Target. Choose from contactless Same Day Delivery, Drive Up and more.

I thought it was really funny, that’s why I posted it. I wasn’t trying to bash her or anyone. It’s funny to me that someone would think a Barbie doll could be linked to Satan. It’s a toy.

I mean like seriously how could anyone think a doll could turn people to satanism that doesn’t include the satanic bible just boggles the mind. Like where do they get this stuff “? Conspiracies are us? An asylum?

Just ignore the idiots saying and if your kid or you want yogi Barbie get yoga Barbie.

Besides which, if you’re here (on BALG) it’s to late for Barbie to convert ya, you’re one already (probably).

Add: take note I said probably about already being one (said because the vast majority of people on BALG are left hand pathers).

where do they get this stuff “? Conspiracies are us? An asylum?

The pose alone was enough to push them to edge, I can definitely tell.

I know it from my mom, muslim, and will claim I am Christian anytime I do an act that isn’t looked well upon Islam rules. No other option, I am either a Christian or Muslim in her eyes, lol. Seems to be a similar case here. Meditation? Oh I am afraid thats very Satanic of you.

The idea of Yoga Barbie is actually kind of funny to me. I view Barbie as the image of shallow vapid femineity

Well you are entitled to your opinion but they’ve had Astronaut Barbie’s and Dr. Barbie’s so I disagree with Barbie as being all about “shallow vapid
femininity but I’m not going to defend Barbie

Instead I will give a nod in your direction and say Barbie’s definitely a bad role model (dr and astronaut. versions excepted) since she gives girls the idea you have to have big tits and am ass that won’t quick subliminally suggesting to little girls that if you ain’t all that then you ain’t shit so you better get you some plastic surgery. Now is that a good image to give to little girls? I think not.

But did you ever notice they’ve NEVER made an ugly Barbie? Or one that looks like she had an A cup (she always looks like she at least has DD)? Heck out I don’t think she’s even had glasses. So definitely setting up unrealistic expectations.

But the topic is can Barbie lead you to satanism, so I still say no not unless shes packing the satanic bible in her box.

In my defense, I haven’t been following Barbie. I have my own bad influences in the form of plastic toys that set up unrealistic gender standards. It’s called Warhammer 40k.

I found out there was some kind of witch Barbie being sold back in 2003. People were apparently freaked about that too.
There was some Star Wars character I heard about that people thought was Satanic too, I forgot wich one it was now.

Funny you mentioned The Satanic Bible, I just got my copy after E.A. Koetting suggested I read it after I did a consultation with him.

I thought it was funny and had to share it. I would never in my entire life thought anyone would see a Barbie doll as Satanic, especially a Yoga one.

I remember being in after school clubs in early middle school. Though, the school I went to also doubled as an elementary school (where I went), so you had some younger kids running around. I remember naked barbies spread out on the floor, sometimes with heads or limbs missing.

Insaw this at toystore , i wanted to have it but it was kind of expensive because i have better problems to spend my money on. Lol İ love it
İt so funny og my satan

I found out there were Witch versions of Barbies too based loosely off of the Charmed tv show back in 2002 or 2006. I forgot the exact date.