Robin Williams and My Spirits

So two days ago I made a death curse. Long story short Robin Williams killed himself after I did my curse. Today I was talking with My Spirits and they told me that because of me he died…

So I ask you guys is that possible? I mean I believe My Spirits but I want to hear what you guys think.

Also I was talking with Lerajie though I do talk to a few other Spirits.
All this takes place through music where I and they will be entertained.

Wait what, did you do a curse to kill Robin Williams or someone else, or why would your curse have killed Rob Williams? i think i didn’t catch this whole thing now… I guess the whole start of your message blew me into such confusion

Maybe someone could do divination about this.

No I did a a death curse on another target. I just think that RW couldn’t take my force and the negative energy that was left over from the curse. So he took his life.

I did a reading on the death curse and after I finished. I asked her to leave but she stuck around (I Like that about her

and told me in her male voice that he died because of me. So would that make me a killer? I believe My Spirits.

The guy had a history of mental illness and addiction, had recently relapsed and got straight but was struggling to stay sober, and he’d also had a xeno-transplantation of a pig’s heart valve which, if you’ve followed the highly credible reports of transplant recipients picking up memories and personality traits from the deceased donors, could have added to his existing emotional problems.

Even if some of your energy got into him, it was just because he was already in a pretty bad place, and while I’m really sad about it I don’t think you can blame yourself any more than someone who sneezes near someone with advanced AIDS and causes them to catch a final fatal infection.

JMO and I’m not qualified to call whether this is actually what happened, the poor guy was probably a sinkhole of crappy energy and pulling in anything that came his way.

I see. My demons told me that it was a violation of church and state. Poor guy though. Maybe it’s a sign. That my target was a comedian a clown more or less. So I think it’s a sign.

You aimed it… at Robbin Willians?

No not him. Another comedian.

Related to him at least?

Not your spell fault! Maybe you heard the news of RW and uncounsciously related that to your curse, but as theres no conection between your target and RW (family etc) theresno sense on thinking that.

Once I curse someone and as he seemed to wear protectiom from a witch its effects passed to his brother, but here there is connection as you see

You know, if you do a spell to kill one person, and someone else dies, that’s problematic, and it says you didn’t get what you want. If you DID get what you wanted, I’m going to go on my personal experience and venture as far as to say, you would be delivered an outcome by spirit that would not (usually) require confirmation from the spirit, or other people. Not only that, but you’d feel pretty comfortable not saying anything about it on the internet.

If you went to a professional occultist, and you paid $10,000 for a ritual to kill someone, and instead someone else who’s famous dies, would you feel comfortable paying for that?

Imagine that for us to appropriately help you, we’d need a few things, we aren’t getting them, but your responses are popping this thread up a bit like this. 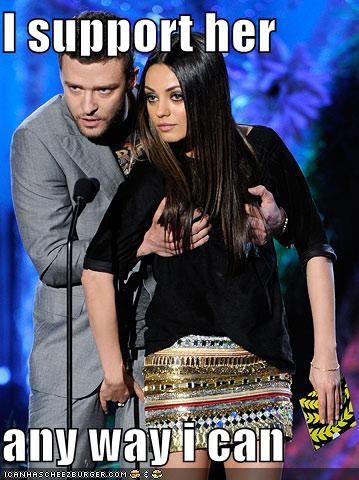 You provide few details on what you did, or what spirits you contacted. Just that you did ritual for x, and y occurred, and you want us to tell you if they are related, as if all of us possess some “magical” and “omniscient” quality to “divine” this information.

There are people who do that, they are qualified to help, and you have responded with 2 to 3 word sentences, so helpful you are.

I replied with a short reply because I was regretting that he died if it really was about me. May his family be Blessed.

I could pursue my goal but I’ll have to let things run its course for the time being.

I feel like because I didn’t cleanse my self properly it might have been that? Nah I doubt it.

Don’t take this the wrong way, but baneful magick isn’t a walk in the park to pull off, certainly not easy enough that you can “accidentally” kill someone. Unless you were thinking about him for some reason, at any point, during your ritual, I think your spirit lied to you. Or you’re feeling bad about his death, and it’s manifesting to you in this manner.

Either way, don’t worry about it.

[quote=“blacklamb, post:14, topic:3858”]Don’t take this the wrong way, but baneful magick isn’t a walk in the park to pull off, certainly not easy enough that you can “accidentally” kill someone. Unless you were thinking about him for some reason, at any point, during your ritual, I think your spirit lied to you. Or you’re feeling bad about his death, and it’s manifesting to you in this manner.

Either way, don’t worry about it.[/quote]

This means i could accidentally kill a lot of people, because i find it really hard to concentrate thinking on only 1 person… 1 person brings into your mind others, of if you for example have been lately annoyed by some person that person usually keeps distracting my mind - hmm…

What might be happening here are your spirits trying to influence you. Now please understand that I am not saying you are an easily manipulated individual or anything, but spirits tend to try to get you to do / believe shit as much as possible.

I remember spirits asking ridiculous stuff such as “don’t light the incense with your right/left hand” and unrelated things to the ritual at hand. It was their way of trying to fight for dominance.

As Koetting said once about his early years in using the oui-ja board, the spirits he contacted began to behave each time in a more violent and pushy fashion. I guess they obtain power from insecurity and obeisance that way, needless to say what they do to weak individuals.

My take on this is that your demons wanted you to feel proud in an unrelated death, maybe to open you to what it feels like to take an innocent’s life. Perhaps if you basked in that feeling, your death-related sorcery would increase. You know, either through psychodrama or simply because of synchronizing yourself to all which is merciless and cruel.

I am sure you did not cause Williams’ death only by yourself, as LadyEva stated he was already in a very bad situation that surely contributed in siphoning all sorts of negative energies. In any case, that reminded me of the following:

Some years ago, while in high-school, there was this girl whose powerful parents could cover up all the bullshit she had us go through. Well, she broke something of valuable for me, I slapped her silly, and her daddy tried to run me over with his car. Thankfully I got out of the way and that was that.

I cursed the girl specifically wanting her death, but after two or three days I felt remorse and considered that we were pretty even after all, so I called off the curse. Problem is, I thought it was “enough” just to wish it away.
A week later her sister fell off a horse and died, and mind you, she was an acrobatic champion, the kind that does awesome shit on horseback.

She was also a coke fiend, so well, maybe my cursing contributed 50/50 in that walking (riding?) disaster’s demise. I mean, come on, no one should operate machinery while off her tits, much less cavort on a galloping horse.

So well, all in all, this happened (I think) due to the vicinity since both girls used to spend a lot of time together. In your case? Dunno man, accidents happen, but just as that girl’s sister, RW was not in his best moment. In the future just abstain from revealing that kind of information, you know, just in case.

What is happening is Leviathan is a troll who may be so dellusional to believe himself to be the Anti-Christ which is just absurd. Everybody knows Paul Rudd is the Anti-Christ.

Everybody knows Paul Rudd is the Anti-Christ.

Wot? Excuse me, but I AM the Anti-Christ! What is this nonsense?!

Tbh i felt like i’m getting trolled in the first place, so i don’t know how people can be taking this seriously. Well i don’t mean this in a bad way, maybe there is a change that he is talking the truth as he has said this on 2 different forums at least.