Azanigin, also referred to as “Mother of All Demons”, is a fairly obscure demon within demonology. She is said to embody all the qualities of fertility goddesses although she has a darker side in the form of vampiric attributes. Azanigin is said to have existed early before the advent of solar entities and sun-based deities – she is a lunar demon with Saturnian influences.

This demon is described as a feminine force who can be summoned for the attainment of vampiric attainment. Liber 333 states the following regarding this demon “ key to vampiric attainment is communion with AZANIGIN. The death experienced in initiation is followed by the rain of mercy that AZANIGIN will give to you. Only the worthy will receive her gift of the highest red elixir. You will come to know her as your mother. It is in the infinite black of her womb that our rebirth takes form. ”

From the above statement, it is evident that there is a sinister side to this demon as associated with vampirism. There is a Baphometic meaning to this demon as well tied with the notion of sacrifice and bloodletting. The demon impacts upon one’s psychology as they are forced to confront their shortcomings thereby impacting upon their ego.

It is noteworthy that this demon is not mentioned within most mainstream grimories. Similarly, there are no mentions of Azanigin within old Graeco-Roman or ancient Middle Eastern mythologies. She is only stated to be third in command to the god of fire as well as the initiator of the cthonic bloodline within ancient classical text. It is also suggested that there may be some relation between Azanigin and Baphomet or that they could both be brides of Satanas within the underworld realm.

The status of this demon as representing the early fertility of the earth prior to the advent of agricultural cultures and pantheons that were more focused on solar worship. The most defining statement offered for the origins of this demon is “Mother of all demons who lie waiting in Earth in the pantheon of the Order of the Nine Angels.”

Rank: Mother of all demons, mother of the few

The manifestation of Azanigin is said to take on the outlook of a feminine energy. She is said to be a serpentine hooded goddess who appears together with three other feminine entities. The three other women are dressed in flowing green robes standing around a small pool of bubbling liquid. One of the women smiles and throws glowing gems into the pool, another gazes intently into a crystal tetrahedron she holds aloft, and the third woman holds a snake that is coiled around her palm. There is a hooded figure behind an ash tree in the background shielding his / her face with the sleeve of the robe. 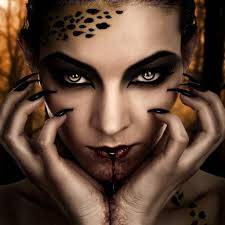 The “Demonic Enns” of Azanigin 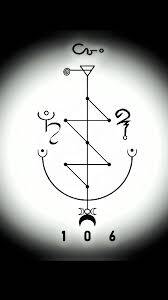 Azanigin is able to influence the Causal realm and can therefore influence the course of proceedings within one’s life albeit at her own discretion.

Ritual Time: She is a lunar demon and it best to summon her under the cover of darkness.

I get this information from @BLACKWITCHCOVEN

So, you have no actual experience with this ritual?

I will start this ritual before that I wanted to share this information to all our members is anything wrong with that??

Well, it’s a bit weird to copy and paste a ritual from another web site that you have no experience with.

I work with the Dark Gods on a weekly basis and yes Azanigin is great! Very empowering!!!

Sorry for that next time if I get any rituals first I will do it after I succeeded next I will post the ritual and my experience in the form .thank you

Do you have any experience with azanigin ??Rav

Of course, if you ever worked with Baphomet and Noctulius Lucifer than Azanigin is ok for you. If its your first ritual with the Dark Gods ask first the Tarot or pendulum dowsing if its allright for you.

Thanks, she is mentioned in texts of the Order of the nine angles (ona/o9a)

If you type the ‘order of the nine angles blog’ and her name you may find extra gnosis related to her, (on a blog indeed) and more perhaps. I am not sure if they ride the path of self-empowerment or not, so if not sure, in thei ritual methods. Wish I could send you the link but I am on the phone atm.

Bumping. Azanigin was my first attempt at demonology awhile back. It was a successful summoning. As was said, very little is known about her so I basically summoned her blind, I went through a list of demons and for fate’s reasoning she stood out and I focused my ritual on her. If anyone has any particular questions feel free to ask. It was weird, it’s been weird. She’s a good patron however.

Welcome @Novemberwolf It is a rule of this forum for all new members to properly introduce themselves, so please click the link below and tell us about yourself, and any experience you have in magick, such as what you practice, how long you have practiced, areas of interest, etc: