Regarding toxic in the occult

This is just my opinion.

When I say toxic people, I’m specifically regarding people who want to mimic the stereotypes you see in the media. As in indulging in self destructive or even criminal behavior. I believe that ideology does not change human nature. Being involved in one thing over another doesn’t automatically make you a saint or criminal. If anything, ideologies just bring out certain aspects of human nature, but rarely to the extreme.

However, with regards to people who want to practice satanism or witchcraft just so they mimic what they see on tv, all they really want IS to mimic what they see on tv. The fact is there are some unstable people out there and they can be found in different ideological circles. Their sociopathic or psychopathic, nature stays the same with whatever ideology they’re a part of. If anything, their ideology offers them a justification for their actions. A sociopathic or psychopathic Christian will claim they do the work of god. A satanist of similar nature will say its for Satan. They’ll just look for an excuse and that’s it.

However there is another benefit. If this person identifies as a member of a majorly recognized religion, their actions will receive cover. If they belong to one of the lesser known or less recognized religions, they get to shock people.

Above all, criminal behavior won’t change based on ideology.

I agree with everything you said.

You know some people is fine with murder when they wont get caught,guess what magick can do for them.I can speak from experience,I was one of them when I was in start of the path but I am a much more stable individual now.

You know some people is fine with murder when they wont get caught,guess what magick can do for them.

When I began, I wanted to afflict autism onto people, or at least the social delima of it. They’d get to know what’s like and I get watch them stumble around socially. Still do.

Occult tends to be a gateway for that and people who want to be pseudo god kings and queens of the world and everyone is subject to their “power” there was a time not too long ago I had this impulsive mentality to put these kind of people in their place lol.

One person for example use to gloat that his shields were indestructible and he was incapable of being touched, he was pretty toxic. While he was gloating on a live chat and I attacked his shield and in that moment he was like “wtf someone broke it” and I just went about my day after lol.

One person for example use to gloat that his shields were indestructible and he was incapable of being touched, he was pretty toxic. While he was gloating on a live chat and I attacked his shield and in that moment he was like “wtf someone broke it” and I just went about my day after lol. 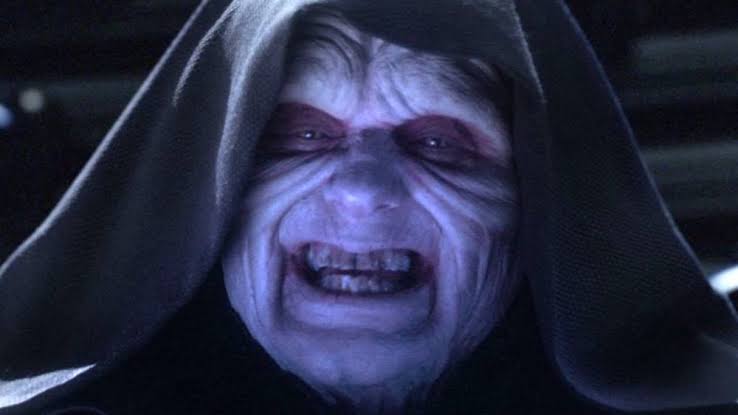 did he try to attack you back?

I’m just sick and tired of the Stereotypes. I’ve found a lot of sensible people in the occult, among with idiots everywhere else.

Nope, because he couldn’t trace it back to me.

I’m just sick and tired of the Stereotypes. I’ve found a lot of sensible people in the occult, among with idiots everywhere else.

Being occultists made none of us elite, did it?

being an elite human?

being an elite human?

You know which elite I am talking about,rich and celebrities or people with power in general.

But lets be honest,many of us just got edgier.Shame, but such is life.

But lets be honest,many of us just got edgier.

This is so true

Yeah I think a lot of people that follow the lhp have this idea that there is no such thing as evil and it doesn’t exist. Which I never agreed with. It’s a cop out. Trust me…I’ve been around the block and there is evil. Funny thing is any angel or demon I worked with there was always duality and morality, even if it was completely different morals to mine. It’s only with humans I’ve come across soulless, dead eyes, no redeeming qualities send shivers up your spine evil where what ever goodness existed in them if it ever did isn’t there anymore.

People need to take responsibility for their actions though. Yeah sometimes I think people deserve to be cursed into oblivion sometimes. Rarely but sometimes. Will the negative energy leave a mark on me that will follow me and my experience here and in the after life. Yep! Do I do what I want regardless if I think the punishment is deserved. Yep.

I’m not LHP and I find evil to be just a subjective ideology created by people who dont like what other people do because of their own moral code being placed as an objective stance. I may not agree with the silly things a lot of people do, would get pissed at the idea of someone harming another close to me but I wouldn’t slap evil on it.

Yes. I looked up the definition of the word respectable and it said to be deemed appropriate by society. I wouldnt like myself if I met those standards, but that by no means makes me bad. Quite the opposite in my opinion. The way I see it, imagine a venn diagram. On the left is compassion, on the right is control. The vesica pisces being moral laws like dont kill, get enthusiastic consent before having sex with anybody & all that. I dont need a law to tell me not to do anything like that though, not if I’m operating from a place of compassion.

I don’t care what anybody’s beliefs are as long as they aren’t fuckers. If someone told me they’re a good person because a giant preying mantis told them to be- more power to you, friend.

To be clear, these are my beliefs and I in no way am attempting to moralize anybody. Just sharing my thoughts. Thank you.

But lets be honest,many of us just got edgier.

Above all, criminal behavior won’t change based on ideology.

I downloaded a jpg without written permission of the rights holder earlier. HAIL MUTHAFUKIN SATAN BITCHES!

(Please don’t tell my mum tho)

I find everyone has a little Narcissistic tendencies but have found this more true in the occult. I have them as well, and instead of putting on a show focus on putting in the work. Same goes for my magick.