So I thought I would begin my catalog of the fairies with one that is as far removed from preconceived notion as I could. Let’s talk about the Pooka (puca).

The origins of the pooka are not totally certain. One theory that I hold value in is the that the term pooka/puca, may have originated from the Norse term pook/puki, used to describe nature spirits. Considering the trickster nature of the pooka, and the fact that large areas of Ireland crossed cultures with Nordic peoples, this proposition holds some weight to me.

The pooka is one of the more feared ‘species’ of fairy, with a reputation for destruction, trickery and extortion. Manifestations of the pooka vary depending on which region of Ireland the story happens to come from. It can appear as a goblin-like creature, a great black bird, an anthropomorphic ape-like creature, and most commonly a black horse. A shapeshifter in the truest sense, the pooka is recognizable by it’s common traits of black fur/feathers and phosphorescent red or golden eyes, along with the fact that an encounter rarely ends up in favor of anything but the pooka.

In it’s more commonly encountered form, the black steed, it has a reputation for waylaying travelers by tempting the person into what seems like an easy ride. In true form to it’s trickster nature, the pooka will run madly upon being mounted, depositing the victim many miles away from the person’s intended destination. Only the rise of the sun will stop this mad transit. It is quite possible that tales of the pooka served at least in part as the inspiration for the Nightmare horse of legend.

In it’s ape-like form the pooka is prone to chatting with a prospective target. Interestingly enough, a shared trait that the pooka has with what Christians call demons or folks in the Middle East call djinn is the ability to know the person’s most private, personal secrets. Things that nobody else could possibly know. These conversations end abruptly, as the pooka is not one for social standards and will disappear with no warning.

Quite possibly the most disturbing manifestation of the pooka is in it’s role as a dubious benefactor. The pooka may provide what seems like protection to a farm or harvest, insuring healthy crops and fertile, fruitful planting. But this is more like a mafioso-type extortion scheme than any kind of cooperative venture. The farmer or village is expected to pay tribute to the ‘protecting’ pooka upon harvest, else the pooka will ravage their fields, destroy fences, trample livestock, and otherwise make for a miserable follow up as punishment for their lack of payment. To this day there are still farms that, upon harvest, will leave a row uncut. This is considered the “pooka’s share” in keeping with the old traditions.

This is not a chap to wantonly invite to your Beltane or Samhain fires. 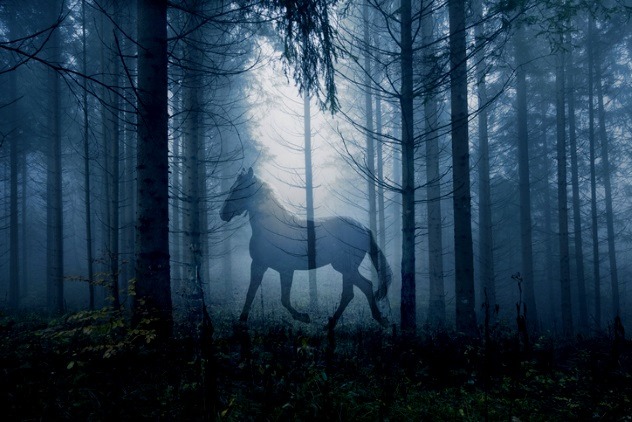 Curios this week i was watching a series call into the dark and its mension pooka, intresting. 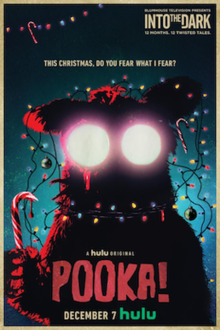 Yeah, it’s funny how stuff seems to pop up all around us at once. It keeps it all interesting, yes?

I haven’t watched TV in a few years, so I don’t know about this one. Is it supposed to be a documentary series or another dumb-assed ‘Krampus’ type thing? Hopefully if it is entertainment only, they keep it close to the actual cultural tales.

Thats a series and every episode is different stories and its fine, the pooka episode is some wierd shit but after reading your post see some sense. The series name’s is “” INTO THE DARK"". And its physcologic thriller.

The name of my first cat was Puki