So I’m looking to branch out and expand my connections, specifically with god spirits. I have one with Anubis/Inpu (who I really need to speak with more often). I was wondering if you guys have any recommendations.

If it helps at all:

Side note: I know you can invoke/evoke spirits without rituals, but I was wondering if offerings are at all necessary. Or does it depend on the spirit? I don’t want to offend them… 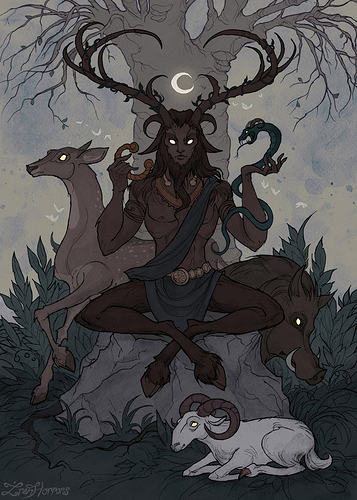 Just ignore the wiccan stuff and go into the forest and meditate while calling out to the old god. 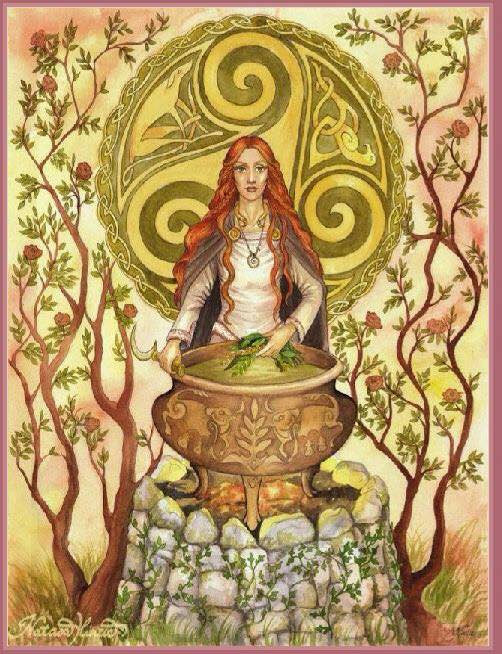 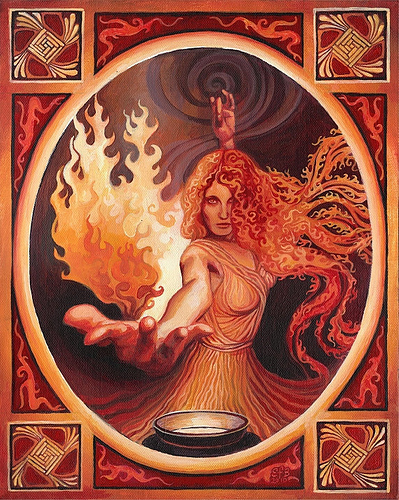 All right! Looks like Thoth’s on the list. xD Anything special I should do before contacting him? For instance, offerings or other preparations?

He’s Egyptian good offerings for them are water and fruits

Really anything that would hydrate you was prized in ancient egypt

Meditating in the woods and calling Cernunnos actually sounds like a great idea. I happen to live in an area where there are lots of forests; the locals are very proud of the natural wildlife (and will silently judge you if you don’t recycle). And this time of year is perfect because it’s going to be warm and not rain so much. xD

I’m not familiar with Brigid though. But I feel as if she has some connection to Freya. Am I correct in this?

Awesome. Will give it a shot.

Are you trying to connect with any specific field of knowledge, culture magick or just exploring?

. I happen to live in an area where there are lots of forests

I’m not familiar with Brigid though. But I feel as if she has some connection to Freya. Am I correct in this?

I view her as a separate deity but their might be similarities, here is some more info on her.

Odin, mimir, shiva are good to work with for growth,wisdom, exploration and development.

Ahriman and the divs are good for exploring the depths of self, not always pleasant but powerful.

I give him beer and I burn frankincense. I use a sigil you can find on google images when searching Thoth sigil. I read passages from the Egyptian Book Of The Dead when I do rituals with him. He really just likes teaching people so you should easily be able to talk with him.
I also recommend Tiamat, the Babylonian goddess, and Odin the Norse god.

I’ve heard a lot of people turn to Odin.

I’ve kind of heard of Ahriman, but not the divs. Who are they?

Contact with her is easier in the day time near a natural spring or river.

They are the eminations or demons of ahriman. I’ll link some info on um below if ya wanna dig into it more. Ahriman is known as the god of darkness or “devil” of the Zoroastrian faith.

Well him and the Shaitan

So I tried reaching out to Thoth for the first time tonight.

I lit some frankincense and poured a glass of cold water. I wanted to try something different for invoking him. I stared at a picture of him for a couple of minutes, then read a couple stories about him. By just focusing on him intensely, I managed to get in contact with him telepathically. I asked if he would meet with me, to which he said yes. When I asked to give him a sign that he was here, he gave me a brief vision in the form of a golden ankh set against what I believe may have been a purple-pink sky.

He manifested in my visions as a tall tan-skinned man with the head of an ibis and exotic Ancient Egyptian clothing; almost, if not exactly, fit for a king. The feathers on his ibis head were a rich blue and green, and he had bright yellow. He was beautiful. My face felt hot and my eyes started watering from his energy, but it settled after a moment.

He was leaning on my wall, scribbling notes. I was really nervous; I didn’t know how to start the conversation. I mean I had adored the Ancient Egyptian gods as a little girl, especially Thoth, since I’m big on creative writing and one of his spheres is writing. I asked him what he was writing. All he said was “Notes.” I didn’t press further. My guess was they were kind of private.

It was then quiet. I tried to speak up, but he laughed. “It’s all right, I know why you called me.” I noticed he glanced over at my offerings and I asked him if the offerings were all right. I then noticed that I didn’t clean up the altar all the way, but he laughed at my embarrassment. “It’s your altar, you can decorate it as you wish.

He then kneeled down closer to me. I could see his handwriting, but it was all in hieroglyphics, so I couldn’t understand it. “You want to form a connection with me.” I said yes. “I noticed that you have formed other connections with Raziel and Azrael. You were very wise to do so.” He then looked at me and said “I will form a bond with you. I know you’ve always been enamored with our lore.” I got really excited and said “Yes! I like you the most!” and then quickly added “Don’t tell Anubis that!” Thoth replied “He wouldn’t mind if you said that.”

He then placed his hand on my foot and told me “I know the secrets of this universe. I have worked with Raziel many times. Call upon me for ideas, help with magic or writing.” He stood up to his full height. “Well, I’d best be off. You have duties to tend to in the morning.” Before he left, I asked him if he preferred to be called Thoth or Djehuty/Tehuti. He said it did not matter. “Pick one and stick with it.” I thanked him for his time and we said goodbye.

As I was writing this, he sent me two visions: one of dancing stars, and another of the moon, but it had a blinking eye in it.

I’m going to light a little more incense for him and drink the water as thanks.