Hey all,
If You need a powerful banishing spell then here is something I was guided by my Intuition To do.
The Ingredients I was led to use were:

I was guided to take a Handful Of Cayenne Pepper approximately this size: 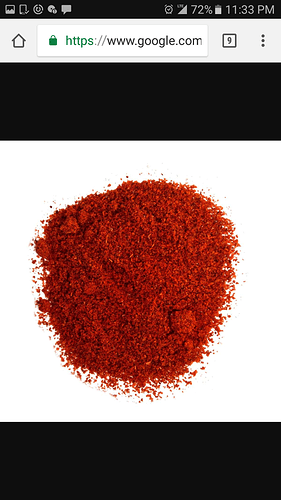 And to use it to create the Circle by rotating anticlockwise 9 times thus forming a 9 layered circle if you will of Cayenne Pepper. While I did this, I focused on the Intent to banish any and all spirits blocking my focus and meditation. (The pepper is extremely fiery which acts as a good, potent agent for banishing. It is also good to use in place of sulfur as they both are Infernal/Demonic in nature).

Next, i took Crushed Repper and repeated the same procedure as above, moving around the circle 9 times and STATING OUT LOUD my intent.

Then, The Lemon. I squeezed the Lemon Juice out around the circle 9 times while commanding the spirits to depart. I said,

“As I squeeze out this Lemon Juice, so your evil is squeezed out from my Life. In my own Name as a Living God, i command you to depart!”

At this point, I started repeating the Flame Chant which took me into the rapture state:

Lastly, to seal the working and bring into existence the full intent to kill any entity blocking my ascent by banishing, I recited the 12th Enochian Key. 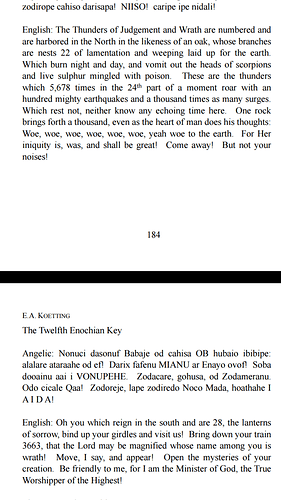 I followed up on any residual energy by using a bowl of UnHoly water; using the Darkness to banish, instead of the Light.