Those who know me here know that I have been absent for quite a while. This is because I’ve been looking into different traditions and practices. Now I’m back and more certain than ever that Satanism and the occult practices are my path.

As a novice in the occult I’d be very interested to hear your thoughts and interpretation about my resent experience.

I called on Satan through VK Jehannums invocation with the intention to becoming possessed and empowered magickally as well as psychically.

As I finished the ritual I kept chanting Io Satanas and noticed a slight jerk in my arm. I felt more coming on.
My feeling was that I could supress it at will but I let the power influencing me to continue. Within a minute I was shivering and jerking uncontrollably, my breath at times bellowing and a piercing tone was in my head. Tinnitus like in a way. I was aware of it being internal.

All throughout I just thought: I allow this, do what you have to do, my being is yours.

Towards the end I had the sense that black smoke was all around me, I had flashes of piercing my finger and offering blood and a face with horns pressing it’s head against mine. My head then jerked upwards and my mouth opened as I inhaled/gulped this black smoke down. This led to the last part where I’d gulp/inhale, shiver and jerk for a bit and again gulp.

As I was getting exhausted from this and there was nothing more to gulp I opened my eyes and gazed at the altar.
It felt like I was looking through someone elses eyes at that moment. The flames on the candles where standing straight up as if frozen in placend I burned the palms on my hands above them slightly as if drawn to do it.

Afterwords I just sat and collected myself for a while. All the while it feeling as if something dwelled inside me and does so now that I write this.

I gave thanks to Satan and all demons and spirits present and bade them farwell.

I personally have an opinion of course but I’m interested on more experienced peoples thoughts on this.

I’m not religious and you don’t have to be a card carrying “Satanist” to do this. As EA points out, the entities will take worship, but it’s not what they want. They want you to become empowered.

last time i am willing to type it here …

posessions are only for mind, anything touching you physically, its not posession.

Interesting answers. Yet I had hoped for more.
@Maulbeere maybe you could tell me a bit more of your experience. The reason and result perhaps? I respect your openess and frankness.

As for the smoke I sensed it. I saw it only in my minds eye.
I am still at that fragile point where I have yet to trust my senses and and could very well argue that it was all a trick of my own mind.
I however choose to believe it as real until such a time that I can say for certain that it was fantasy… or not

I frequently invite invocations, usually with evocations per E A Koetting’s system of magick and tend to be open to allowing them during other work. They don’t happen during journeying, which is my most-used technique.
I’ve had one instance of an involuntary possession, deeper than an invocation that occurred outside of ritual.

For the ritual invocations, the spirit usually enters through breath, but it seems to depend on the entity and/or what they want to work on. In this case it’s usually one long rasping breath, but each breath brings more of the being, until you have as much as they feel you can hold at the time (well, this is why we work with responsible entities we trust, we rely on them to work with us not against us).

Yes, I get that the smoke was in subtle reality - I would think of that as a personal perception thing as the entity works with your senses to communicate in the best way it can for you.

Even after you’ve had verification it’s still easy to dismiss. At least then you have the memories of the verification, such as other people describing the same thing you saw, without you telling them. It’s a matter of time

Working with it as real is ideal as then you’re not blocking it with belief.

Some also come in through energy points for me, so far those have been the Bai Hui on the top of the head, Shen Zhu in the upper back, or Yu Chen at the base of the skull. All the points in the upper back are in the area of the spiritual world, it seems natural to me that they’d come in those. I feel like one might have come in Ming Men once, which is the gate of destiny and a lot of energy nurturing can occur through that point. 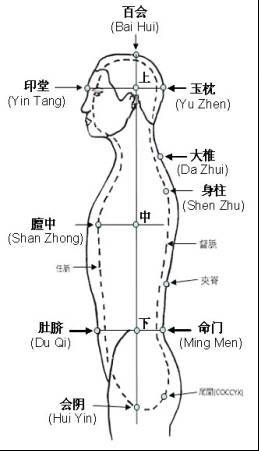 My reasoning and focus is chasing occult knowledge. I also do working on my own energetic system to expand, develop or control it. I don’t do a lot of working for material things.
I want to get to know the entities, I want to know how things work learn the landscape and remember all of who I am outside of being human. So I invoke entities to feel how they feel, know what they know and get thier perspectives.