Police captain supports claims that family was tormented by 200 demons

A police captain in Indiana has said he believes the story of a woman who claimed her children were being attacked and possessed by hundreds of demons. Latoya Ammons, who is a mother of three, told authorities that demonic spirits caused her 9-year-old son to walk backwards on a hospital ceiling and her 12-year-old daughter to levitate above her bed.

The unbelievable story, which emerged in the Indianapolis Star newspaper, and is detailed in social work reports, was supported by Gary Police Captain Charles Austin.

Documents obtained by the local newspaper from the social services department detail Ammons claims that there are demons in the house that are attacking the children. The claims of demonic possession gained further attention after a photograph of the property was distributed showing what some have suggested is a “figure” visible on the enclosed porch. According to the Indy Star “officials say the home was unoccupied at the time the photograph was taken.”

The family’s claims have been supported by priests, police captain Austin and family service caseworkers - all of whom have stated they believe a supernatural evil resides in the house.

Ammons consulted with local churches and clairvoyants, saying she had poured olive oil on her children’s hands and feet at the recommendation of one church.

In most cases, a doctor would likely diagnose this as “hallucinations” and “delusions,” and that’s exactly what Onyeukwu did – at first.

According to a Department of Child Services report, however, medical staff at the physician’s office said they witnessed one of the children being lifted and thrown against the wall without anyone touching him.

The report also includes many accounts from both mother and children stating they had been attacked by ghosts and visited by spirits in the night. Ammons’ two sons exhibited violent behavior, as well, that involved “growling,” choking one another and head-butting their grandmother. The report noted that the boys had acted out violently in public, “but especially with the mother present.” 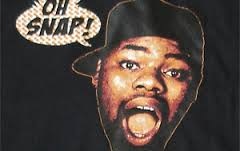 Sounds intense but I believe the poltergeist activity was caused by another factor like the children themselves. Personally I don’t take much stick in what the clergy or paranormal investigators think as their views are highly biased with little to no practical experience in the matter.

I read one of the links which provided an in depth report and had to laugh when the church suggested the family clean their home with bleach and ammonia, that’s a good way to kill everyone. Personally I would have called a spiritual worker into the home and let them clean it out, it would take more than some sage, salt and a blessing to stop 200 demons.

Spo this is indiana? Wonder if it would be possible for me to contact these people.I will have to look into this.

I have a few different theories but I wouldn’t discount objective influence of an outside spirit.

I tend to agree however, the Church seems as if it brings it’s own ‘paradigm’ into the situation and tends to create self-fulfilling prophecies when dealing with the paranormal.

E.g. if one is a bible belt Christian they would tend to be more prone to ‘Demonic’ possession than a non-Christian.

Malachi Martin was a Jesuit Priest who did a number of exorcisms and had some incredible tales regarding the Catholic rites of exorcism, check out his book ‘Hostage to the Devil’.

From my own experiences, I’ll agree that personal emotional states plays a huge role in Poltergeist activity, and certainly don’t discount the power of mind over matter.

I’ll call Dean and Sam… If we drive all night we can be there in three days.

Yeah I read that just recently in facebook. I liked the case, definitely would make a good movie.

Personally I don't take much stick in what the clergy or paranormal investigators think as their views are highly biased with little to no practical experience in the matter.

Indeed, people tend to recruit “paranormal expert” instead of magicians because they think “Experts” are somehow “Legit”, and magicians are just delusional. At least that happens in my country, although psychics are getting a bit of positive attention now because of a reality show…

I wonder if more people experiment this kind of cases (maybe not that violent… or maybe more) people will really change their paradigm regarding the non-physical reality.

Even tho they may just cover all the experiences under the umbrella of abramanic religious paradigm.

Saw the interview of the mother in that house and showed all the places where there were supposed activity. But as i watched i felt no energy nothing at all. I suppose that much activity would leave some kind of energy behind it

I just found out this house is really close to where I live, I’m going over there!

I just found out this house is really close to where I live, I’m going over there!

Let me know if you find the KeyMaster, and remember to check the refrigerator.

Now I just need to find a way to look up what the exact address of this house is, do any of you have a recommendation for a service that does this?

I’ll do you better, 3860 carolina st gary indiana. Report back with what you think of the area, interested to see if any legit news about the paranormal would be approved by the powers that be

pics/vids or it didn’t happen

I so want this to be legit defectron. Anytime I hear about stuff like this in my neck of the woods (southern Indiana) its always bogus or A bunch of nut jobs.

I so want this to be legit defectron. Anytime I hear about stuff like this in my neck of the woods (southern Indiana) its always bogus or A bunch of nut jobs.

Well here’s hoping it is, but we’ll have to wait and see. If possible I want to go inside the house I sent a message to the ghost hunters guy who bought it but he hasn’t gotten back to me yet.

Why not check it out on the astral?

Why not check it out on the astral?

Sort of did something like that the other night by sending a spirit out to scope the place out. Its of the opinion that its not demons or anything, it said that the phenomena there was manifested by the kids. Still think I will physically pay the place a visit just to see what kind of vibes I get from the place.

one of the kids, if I read right, allegelly “did a moonwalk” on the wall… if there were no demosn involve those are fucking powerful little dudes

defectron, can you upload pictures of the place? (if/when you go) It’ll be cool

[quote=“EpicGnome, post:18, topic:2430”]one of the kids, if I read right, allegelly “did a moonwalk” on the wall… if there were no demosn involve those are fucking powerful little dudes

defectron, can you upload pictures of the place? (if/when you go) It’ll be cool[/quote]

Yeah I don’t know if that really happened or not, but it didn’t seem to think there was one involved. But yeah I’ll get photos of the place.

Woah. What? One of us needs to contact these kids. Not physically, but if such a thing is true, we could be looking at some of the greatest involuntary spirit things in a while.

I’ll build a few phantoms of my own to send there. Not only to scope it out, but to see how the kids react.

UPDATE: Alright, so I sent a pair of little guys to haunt the place. A simple servitor named “Devildoll” meant to make itself known, find what the people associate with Satan, and bring it into the house.

Then, I planted “Ice Widow”, a spider-shaped phantom that collects data and matches it against a database of spirits to see what it thinks could be in the house. It can also give diseases. I intend to recall Ice Widow once a week or so to get an update on the haunting.