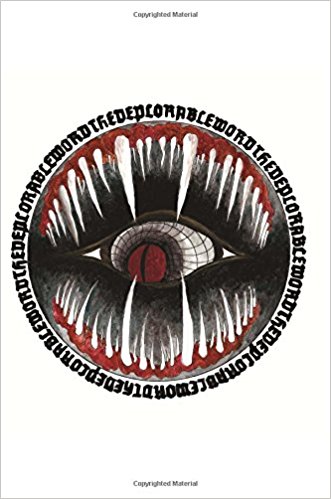 So I recently got the book The Deplorable Word by Constantine Charagma & Erica Frevel when I was scrolling through Amazon’s suggested reading list and was strangely drawn towards clicking on the title. I hadn’t heard any mention of this grimoire elsewhere on the web, and there were only 4 reviews of the book, but they all spoke somewhat fearfully of a seriously heavy darkness presenced by this tome. Well, they were right. I’ve read a lot of occult literature, and I’m pretty familiar with the sinister materials out there (ONA, ToB, ToBL, Maergzjirah, Qayinite, etc…) This book is darker, seductive, and more real than anything else I’ve encountered lately.

In essence, the book is about contacting and presencing the Abyss. The Abyss, or the Void, is the term for that which existed before Creation, that which exists outside of it, and that which will exist after its Annihilation. It is synonymous with the Acausal, Chaos, and Darkness, but is simultaneously beyond all these descriptors as it is limitless, unbounded, and utterly outside human comprehension. As such, communion with it must take place through a causal mask of its own generation in order to make itself understandable to human perception. Such masks or emanations from the Abyss are variously known as Dark Gods, Demons, or Devils that have been worshipped and feared since time immemorial, such as Satan, Choronzon, and Lilith. Both the Abyss and its Emanations are intelligent, malevolent, and fundamentally inimical towards all life and reality itself. It is a sadistic darkness that predates all things and whose ultimate, inexorable goal is that of destruction of everything that Is.

Consider this: if the religions of the world were truly supreme, would the world not be entirely free of evil? Because the saying is true: if the “gods” are infinite, yet they allow evil, they are not good. If they are all-good, but cannot stop evil, then they are not infinite. Well, the Void is both evil, and infinite, and it will eventually tear this world to shreds.

The Void is somewhat similar to a disease in that it infects its hosts with Spiritual Darkness, who then act as carriers in order to transmit and infect still others with the Sinister virus. Methods of transmission espoused in the book include Black Art, which is music, art, or literature that presences the Darkness and simultaneously fascinates and repels the onlooker. The advantage of such methods is that the beholder need only view the art for a short amount of time, yet the effects of the artwork remain embedded in the subconscious to wield havoc for a long time thereafter. As such, The Deplorable Word contains many enticing yet disturbing collages that may be cut out of the book, consecrated with blood, and activated as potent gateways through which the Abyss may spread its contamination. In addition, it contains a few basic meditations and a series of rites in order not only to commune with the Abyss but to be completely consumed by it. Some of these are similar in form to the darkness meditation from Works of Darkness by E.A. Koetting, one of the few other books I’ve found to be truly poisonous in nature. Poisonous, you say? Of this I will state only some books whisper seductively in your ear while helpfully sharpening the knife you’re holding over your own wrists. Taking metaphysical poison is necessary for those who wish to kill off the essence of what makes them human, for it is only after doing so that you will remember you are a God. Few recover from their amnesia, and fewer still are able to pass through the black maelstrom that is Spiritual Descent. Such is the narrow way of the Left Hand path.

The Void is real. It is not merely dangerous – it is the supreme menace, the greatest threat to all existence. To serve the Void – to commit to it – is to knowingly and willingly say, “I am willing to be torn apart, mentally and spiritually, and stitched back together by a force that neither loves me or values me, in the same way that I value myself. I understand that the immediate and longer goals of the Void are truly inscrutable, and I may be cast aside like a broken tool when my work is done. I do these things with a glad heart, because through service to the Void, I gain communion and unity with the only force that is truly eternal.” Slavery (because it is real slavery) to the Void is the only true freedom. You do this, trusting that when you die, your consciousness wil be re-integrated – you will become part of the Absolute, and you will do so consciously.

With this slavery comes strange dreams, physical illness, behavioral changes, depression, eroded morality, and a general corruption and devouring of life force, friends & relationships, mental stability, and the capacity to love. The Abyss is utterly alien to our human perception, hostile to anything life affirming, unable to be bargained with, and completely lacking in compassion. So why, then, would anyone choose to work with the Abyss? The authors of the text claim that despite all these drawbacks:

…[t]here is one very serious advantage to hosting the Abyss, or one of its chaotic emanations, and that is something derived from its very nature. If one invokes a cosmic deity, whether celestial or elemental or chthonic, then they can or will become filled with essence that is cosmic (native to this universe). This means that while they may become empowered, even very empowered, they are still subject to the mechanics of fate. Every culture has some term or concept for fate, be it qadir, the ‘decree of heaven,’ destiny, or karma. Cosmic spirits, because they too are subject to fate, cannot help one to escape it or bypass it. Fate, by whatever name, is a very real power, without which there would be no such concepts as chance, synchronicity, happenstance, or coincidence. Cosmic deities are strapped within the strictures of fate, and so their assistance is limited to bending fate slightly (if even that). They cannot help someone to escape their destiny, because even the deities are bound to it.

The Abyss, however, exists outside of destiny. It is, quite literally, the only thing that predates the cosmos (or universes), and so it is uniquely beyond the mechanics of destiny. This being the case, the Abyss is the only possible force that can ignore fate entirely. By extension, once the Abyss has taken up residency within a host, that person begins to ‘blur’ in terms of the natural order. …[O]ne begins to experience real freedom from the spiritual powers that control large parts of societies or culture. Also, while a person could have certain events ‘fated’ for them, the Abyss can divert the host to a different path. This is something that someone may not be conscious of immediately, but is sometimes sensed days or weeks after a particular event is shifted. To say it bluntly, the Abyss is able to tear apart the strands of destiny, so that it maneuvers its hosts into situations of its own making and design. 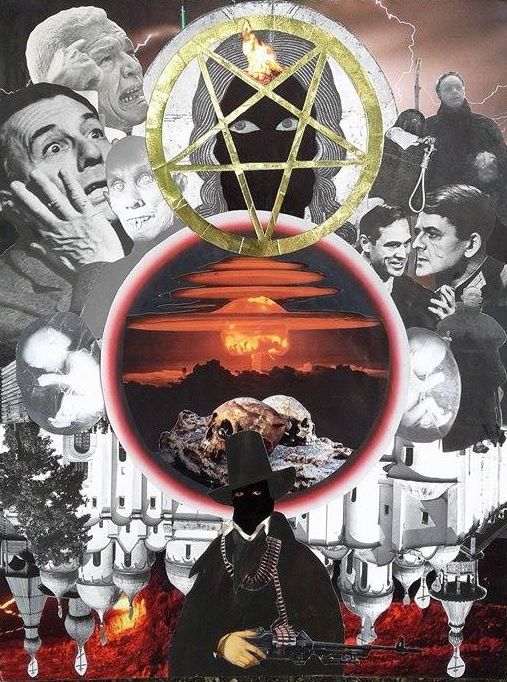 The black magick worked with the energies of the Abyss is extremely potent and does not have any semblance of compassion, even for its most dedicated and talented agents. Unlike the magick worked in the name of Satan, it does not have a component of indulgence or hedonism. It does not revel in blasphemous acts like Satan, instead it is beyond all duality and human understanding.
…
[O]ne who worships the Abyss must see that all life is an error. To truly accept the will of the Abyss is to accept that the entirety of creation – anything outside the pure truth of the dark beyond the veil – is false.

Overall, I would highly recommend this book to anyone fascinated by absolute darkness. Even if you are wary of throwing yourself head first into the gaping maw of the Abyss, there is still much of interest on the nature of demonic contact and spiritual ontology to be gleaned from its pages, and I think many of us BALG members will get a kick out of it.

I have heard about this book and read some reviews on it, but yours definitly takes the cake on most informative. Thank you so much

Read your review twice now. Damn, that’s some deep stuff. Perhaps I will have to make this book more of a priority to buy.

@Nyxifer I NEED this book.

It’s on Amazon. It actually sold out for a short time earlier this year. 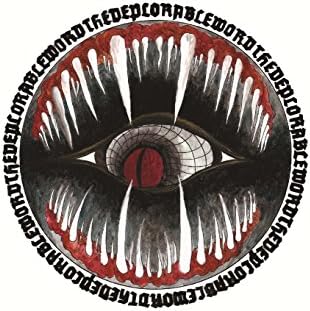 I’ve been talking about this for years. But I disagree with the take he has on the void and it’s nature, intentions if it had any and it wanting some sort of commitment of servitude because it’s all kind of opposite the reality of the void chaos and it’s true nature and purpose. If the void chaos is beyond human comprehending then it isn’t beyond mine because I understand it just fine. Perhaps the authors can not comprehend it.

If the void chaos is beyond human comprehending then it isn’t beyond mine because I understand it just fine. Perhaps the authors can not comprehend it.

I would wager that you are probably using the term “void” differently than the authors then. In their system, the Abyss or Void is a label for that which seems to be malevolent, or at the very least life-negating, and that which is outside of existence itself and thereby alien to our human understanding. References to such a thing or entity are present in spiritual writings going back thousands of years.

True enough. How do you conceive the Abyss’s purpose then?

a purpose. That’s a good one. The abyss has no purpose but to be or not be. Both being one in the same of course, naturally.
If you can answer this you can eventually wrap your head around it all.
What does negative -1 minus 1 equal?
And what does -1 plus 1 equal?
Then what is the sum of the two answers?

You really should read the book; I feel like you could get a lot out of it.

I will give it a read for sure.

It’s on Amazon. It actually sold out for a short time earlier this year.

I was actually a little surprised that it was available there. The contents alone (ranging from initiating demonic possession to a step-by-step guide to human sacrifice for the Void) seem to be usually found only in rare leather bound tomes exclusive to occult publishers such as Ixaxaar and the like. But I suppose since the ultimate goal is to spread the Sinister contagion as far and wide as possible, a cheap and accessible paperback is the way to go.

Pretty soon we’re gonna be seeing advertisements on TV like the following:

Voice-over: Deep within the vast intergalactic gulfs of sheer blackness between the stars, there is an Emptiness spilling into this reality. An Abyss that waits, watches, and above all else, hungers eternally. 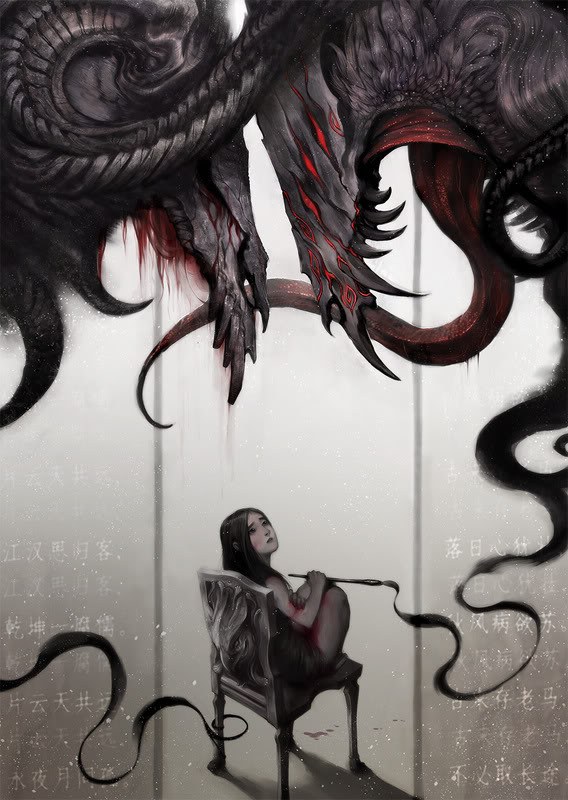 There is nothing in all of Creation that can quench its hunger. Until now. 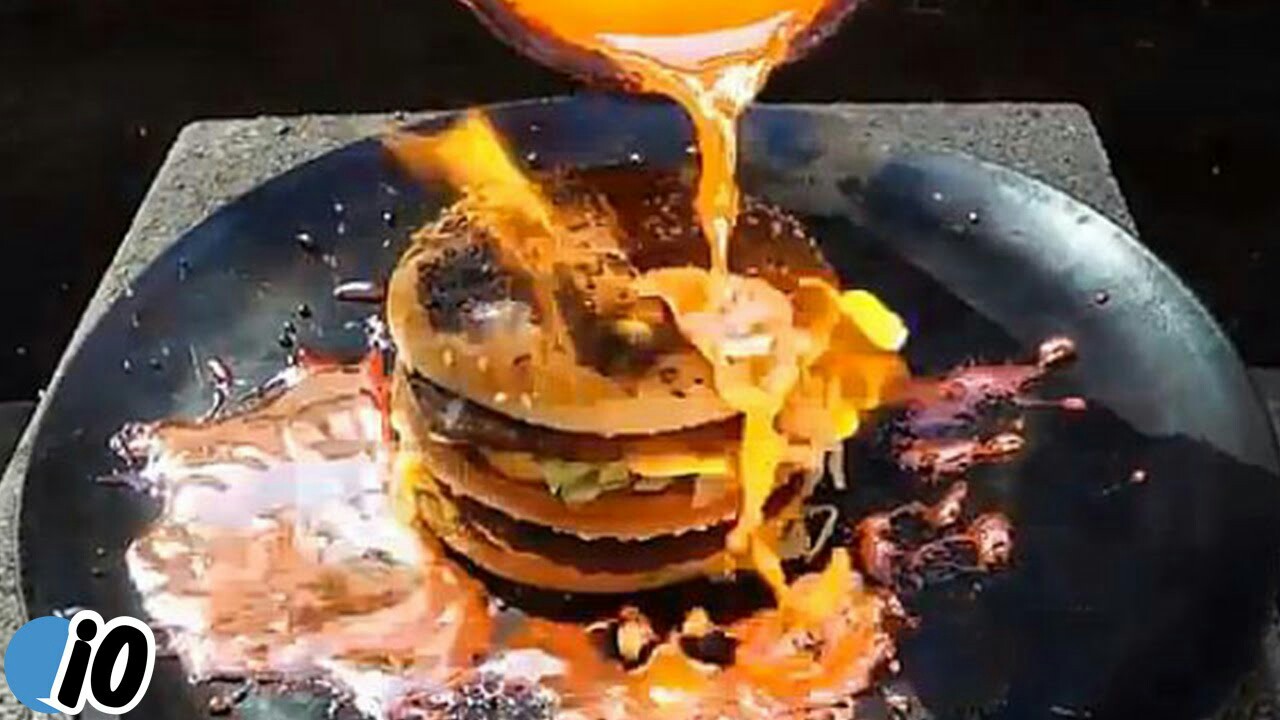 McDonald’s is proud to introduce the new Big Void Mac. So good, even the Primordial Darkness is satisfied.

In the Abyss, no one can hear your stomach rumble. Brought to you by the Anti Cosmic Creature Consortium in combination with Pißwasser. 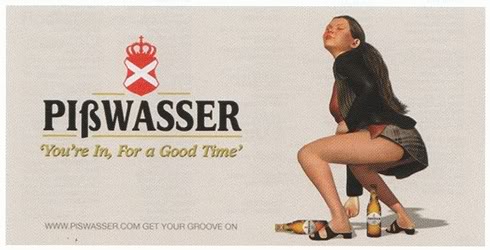 I was actually surprised that it was available there.

The Martinet Press ethos is essentially “Dark, Cheap and Widely Available”. This is a publisher morally opposed to being “professional” or charging more than the bare minimum.