Can a spiritual bath remove this kind of curse/hex?
Is possible
Since I cant even finish a week because of the tremendous headache…
Someone did a Russian high kind method of purification a curandera with 30 years of experience…
I farted a lot and feel a little better headache gone a little that night and some sort of few insect in my bed & some flies in our room but also that night some sort of entity gets in to my A-hole…
My stomach is rumbling and those crawling things still there… 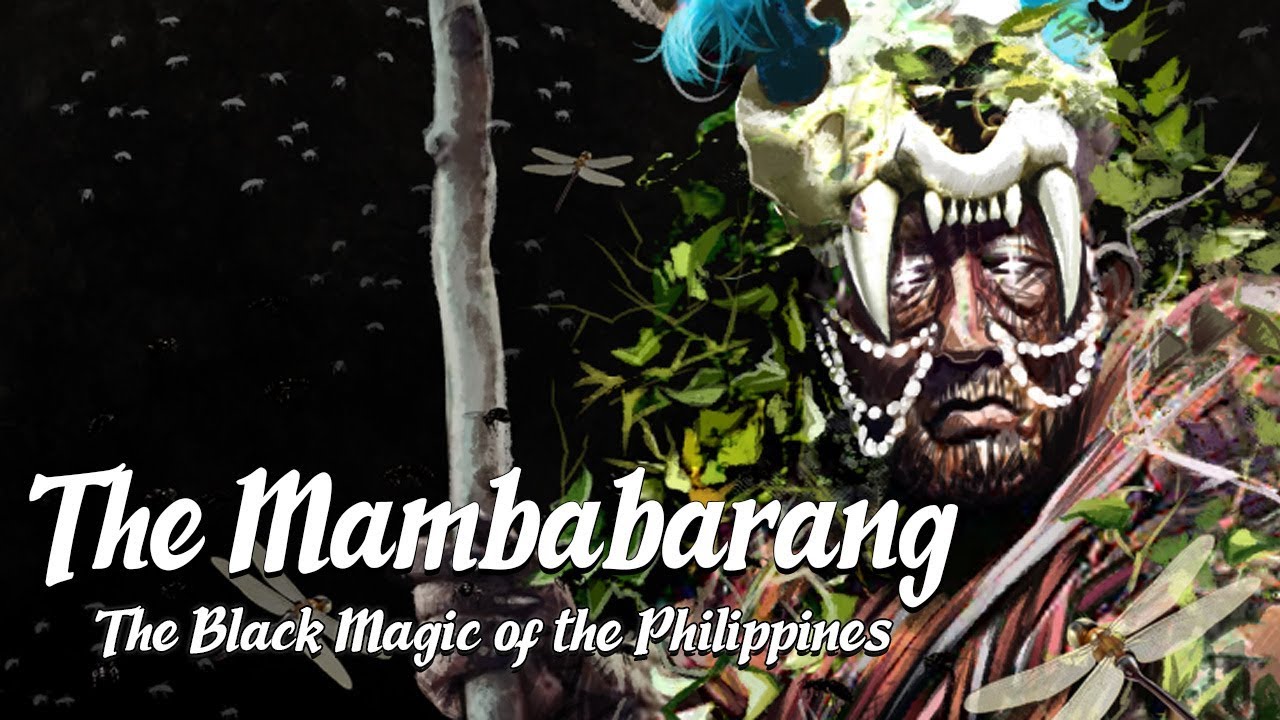 Thank you for sharing this video - I was delighted to learn a bit about this magical practice. Always love learning about a new magical tradition. Isnt magic so beautiful?

How cool that they utilize insects for baneful work, and living is especially interesting to me. I know some spellwork in european traditions that involve insects, poisonous ones like spiders particularly, but usually they are dead.

As for your predicament, this strain of magic seems like a rare one - how do you suppose you got afflicted by it? And then you did a russian purification ritual with a cuarandera? Theres a lot of cultural elements going on here!!

If you are afflicted, I think the video provides you a solution. It mentions seeking out an herbal doctor or faith healer. I love herbs and plants, and I will say i had a philipino friend who had a short interest in the occult and found a bit of philippino magic involving Angelica. In european traditions and american folk magic, Angelica Archangelica is an herb of choice for purification, protection and curse/hex breaking, and I like that from what my friend told me, the root of Angelica had been adopted in some philippines traditions (not sure if there is a specific variety native there). The suggestion of an herb doctor- so you may need to work with plants and herbs. I would focus on ones that are cleansing, purifying, protective and capable of breaking curses and hexes. You could see what herbs are considered to hold such powers in philippines traditions and go from there.

Again, thank you for sharing. Loved the video.

magic is beautiful only if the said art is use correctly & to seek justice only if the person done such crime but some people in the Philippines has crab mentality which they pulling others down even a little jealousy,envy that’s how they lost thier integrity…I think it’s more admirable to see someone chasing thier own greatness and become examples to others…and maybe that’s how life worth living for…

Crazy situation it won’t heal it but will probably keep them at low power from eating sage.

My view on magic and its use does not tend toward “incorrect” and “correct” as far as what its used for, but correct = results, incorrect = no results.

Magic is Magic. People, well, we know that they…may need some depth besides strong emotions.

It seems like you need a shaman. A “holy” person may suffice, as the video stated. But it’s going to be a combination of the power of the holy person and your personal power to resist and expel it against the strength of the person that cast it. This doesn’t mean you can’t do it on your own. It may mean that it is less efficient to do it on your own, hence the help of the holy person.

We aren’t going to know who the proper holy people in your area are, to be honest. Again, it doesn’t mean you can do it on your own, over time, using things like egg (limpia?) cleanses, banishing rituals, and shamanistic practices. But the bug thing is going to be symbolic for types of energy, not something that should be taken literally. Otherwise, you’d know what bug it was, how it got in, and who let it loose in your house, right?

but will probably keep them at low power from eating sage.

If this is the course you take, I would highly suggest making contact with the plant spirit prior to consumption and see if it is dowb to bring you aid. You could choose herbs that are safe to consume, make a brew - easy access around the kitchen cleansing, protective and purifying herbs like rosemary, thyme, fennel, incant (or peppermint! which is a natural insect deterrent physically - why not metaphysically also? since this sort of magic has a “sympathetic” mode of action) - its a dark moon now if you were to utilize that lunar current for some curse breaking. let it simmer, empower it with your energies as well as the plants spirits who are lending you aid - i personally like to write and recite inspired poetry or hums that come when i engage with the plant, take it out to be under the dark moon and intention for breaking your affliction, then bottoms up! of course when working with any herb in a consumptive manner always do your own research, consult your physician if necessary, check for any complications, i am not a doctor and do not prescribe or seek to treat any physical illness blahblahblah etc.

you could also incant over a bottle of absinthe if legal in your area. common herbs used to distill it - hyssop, wormwood, melissa, anise, fennel, coriander. theres a potion of powerful plants already for you! just power it the fuck up.

Angelica may also be used to distill absinthe, and is very commonly used to distill Gin, whose powerhouse plants also include juniper berries and coriander. Boom! another plant potion ready to swallow! kill those bugs and have a good time doing it!

I learned my lesson about eating poisonous plants years ago ate to much oleander thought I was gonna die. Was offering to Lilith but was talked into it by stupid AI voice. I ate 10 huge leaves

The ole astral spiders up the anoos trick. When I was in the hatch I’d do this to an old woman who annoyed me. She’d wake up at 3 AM screaming “ma crack!!!” meaning butt crack. She’d scream to the nurses that I was somehow in her room shoving snakes and spiders up her bum. The icing on the cake was that none of them believed her and told me to ignore her LOL. I mean you gotta find some way to have fun in a negative place like that.

oh gosh!!! yeah oleanders best saved for use in spells not consumption. Great for misery and misfortune work. A lovely smell though! i think coercive loves a good idea

There are visionary poisonous plant aids, and theres a loose association with oleander and the greek pythia - leaves similar to greek laurel which she was said to chew, but no hard connection and oleander is not one i would consider for such experiences. I stick to ointments and smoking blends. Consumption is risky, though i have been studying tinctures in old medical formularies - for my own experiments.

Yea I had zero benefits from consuming it besides making a devotion to Lilith trusting her to keep me safe,. I did eat a flower once from a rarer bread of oleander that tasted just wonderful. I’m definitely going to mess around with plants that actually cause altered realities. I love mushrooms they cause visuals to be so damn real life images.

You are fortunate to have survived indeed!

and yes mushrooms are another powerful ally! Fungi have been a hot topic for me this year.

I definitely encourage working with plants in magic always. They have worked well for me and when i think i understand, they surprise me. Their spirits are very different but worth trying to get to know. Try working with ones that interest you whether based on folklore and magic uses or what have you and grow them - that is the best way. I have only had one plant spirit reach out to me prior to any physical contact. If working with anything poisonous, read, read, read, and good to find someone you can ask questions of and ask everything. Better to ask a dumb question than die from a careless mistake. Also, consider the magic of these plants and fungi is more than just bioactive constituents - they do indeed have their own unique and ruling spirits, which can be very active if connected with.

Yea I don’t know much about the spirits that rule over plants I’ll eventually learn more Keteriya mentioned a bit about it before to me aswell, I’m curious if morning glories have any use I just love the plant there so pretty and vine up trees.
I wonder what is a appropriate offering to a plant guardian spirit blessing the water you use on the plant? Or would they like incents like most spirits.

I often fume my indoor and outdoor garden with incense - I do consider scent as food for the spirits. You could bless water - taking care of their physical avatars in this plane is a great way to pay them respect and make offering. Some plants with deep cultural histories might have specific offerings that were used like cakes for the elder mother, or tobacco in indigenous cultures for plants like Datura or relatives, as well as specific harvesting practices - phases of moon, times of year, and specific implements, which is why i study and collect plantlore.

Morning glory - ipomea - is worth looking into for spiritual purposes. Without going into any psychedelic qualities, even its vining habit (binding), growing in fences (borders) or nack for asphyxiating plants that get in the way should give all kinds of ideas for magic it could be used for.

Ipomea cool name, It definitely gives idea about it’s viciousness I’m also thinking about using it for color aspect use petals to color a art or spell working. Yay I scanned when thinking about the morning glory seen yellow jacket then a figure standing over it I asked if I would be able to have it blessed type thing and they nodded yes.

So if I have plant questions I’ll definitely contact you lol, so I’m sorta happy my favorite flowers spirit guide gave me the thumbs up basically.

lol yasss! always welcome to ask me anything. Good luck! morning glory is a beautiful ally!

I’ma need to befriend lots more plant guardian friends, once I sat down in the grass and bonded a single blade of grass with all nature on the planet then my mind went blank and I decided to try to pull the grass to rip it and pulled as hard as I could using whole body that I could and I couldn’t break the single blade of grass.