Sorry that it’s been a while I’ll try to rush this through ASAP because I don’t want to pull an all nighter and regret it. Well I was living normally as a teenager until my peace was disturbed by yet another ghost. This occurred about maybe 3-4 weeks ago. It’s a reoccurring thing which I wish wouldn’t happen considering that I’ve been seeing evil spirits that haunt me in my sleep. It’s happened since I was young. My house is haunted, I’ve actually dreamt and seen ghosts of women who have died in my room and it’s not a great experience.

Anyways, I had a nightmare. It started off as a normal dream, and all of a sudden I open a door and I find myself in a dark forest in Cambodia(I’m Cambodian and I still don’t know how I was able to tell) and there are three ghost maidens. Two were sisters riding a toy train and laughing but when I asked them in my native language where they came from they would angrily tell me they didn’t know. However… the third ghost lingered behind the trees and her appearance scared me the most. She had dark around her eyes and it was menacing to look at. I too tried to ask her where she came from but she would not answer me. Instead. She showed me.

I was in a memory where local Cambodians were pulling something out of a river in a countryside and long behold a woman’s body bound and dead. But of course I didn’t take it in right then and there, I was too scared to even process what I saw and stayed quiet for two days because my mother was so stressed.

It’s happened before where I encountered the paranormal lurking into my life like it did two years ago when I kept waking up to shadows multiplying before my bed.

Mother and I left offerings for them and told them to journey back home and that she”ll pray for them seeing as they couldn’t move on because they had no family to send them off. My family are Buddhist’s so naturally we went back just last Saturday to get blessed by a monk with holy water.

A protecting cloth hangs above my bed and I haven’t seen anything scary since but I find it difficult to sleep like tonight because I fear something watches me in the dark. I’m 16 still but I fear what to do in the future when I have to live on my own and encounter these things again. My mom and dad sleep in the same room as I so it’s nice sleeping beside my mother but I beg if anyone knows why the paranormal are so connected with me, please let me know below and hopefully find a way for me to uplift this weird curse?

I know I’m okay now but I’m well aware I will stumble upon something like this again and I don’t want to imagine it. I hope everyone’s been safe. 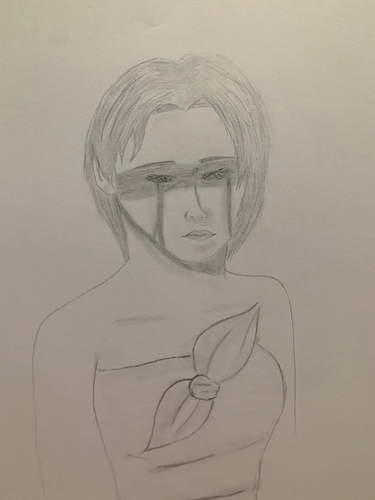