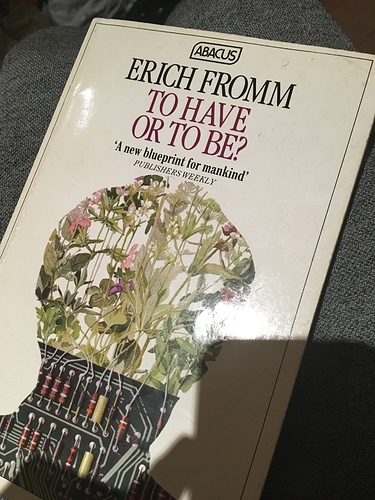 From my previous thread, I stated that the arch angel Raphael had visited me in my dream. Perhaps he is the same angel I encountered.

So I guess I should start this off by saying I’ve been seeing 444 forever, and more recently 1111 and 555. When I first started seeing 444, it would show up on random shit that would either lead me forward in life or come in times of doubt. I didn’t really think too much, part of me wanted to think it was really gaurdian angels trying to guide me, and the other part was like yeah I’m probably subconciously noticing it more often because I put it in my mind. Whatever.

Fast forward to a not too long ago, and I get my awakening. Super aggressive, really powerful dark prescence there, and also multiple angelic precenses, my whole body was vibrating, and I was fully awake despite having my eyes closed. I remember thinking to myself “I’ve definitely fucking lost it”, checked my phone, 4:44am at full brightness. Closed my eyes again and the vibrations came back stronger. That’s the short version at least, prior to this I’ve had one super weird encounter with this old traveller looking man at 4:44AM outside of Budapest, but I never really bought into all this stuff. I should also say I left a life of drug dealing in after hour clubs, got sober and quit smoking all cold turkey since my awakening.

This experience led me to reading a bunch of books, ranging from working on your psychic abilities, to yoga, to all types of light and dark magick. Now a passage that explained magick stuck with me. It basically said in order for magick to work, it needs a path for it to manifest itself. In order for spirits to talk to you, it needs an opportunity to manifest. etc etc i.e if you cast a sigil spell demanding to fly it can only manifest in your dreams.

This got me to thinking of this man I had encountered about 2 weeks prior to my awakening. I remember it being a sunday, and I was under the impression that it was a long weekend. I have no idea why I thought it was a long weekend, I heard it in passing at the shelter I was staying at, and it stuck with me I guess. Had I not been under that impression, I would have never even left the area that night. The usual club I actually worked for as an in house dealer wasnt open on sundays, so I decided to try my luck at another club. It’s like 2AM at this point, I’m in a very empty streetcar on the way to the after hours club I thought was open. On the way there, 2 middle aged men hop on the streetcar. Now they’re way older than me (I’m 21), and they seemed like proper grown folk that were passed the days of clubbing, but listening to their conversation I started talking to them, and it turns out theyre heading to the same after hours I’m heading to. We start talking, smoke cigarettes together when we get off the streetcar and basically clique up. Really dope guys, we instantly clicked.

The spot we planned to go to turned out to be a private party for the hA, so I followed these men to another spot that was open. I gave them both free Molly, and up till now nothing weird had happened. They were both completely normal, and I was really enjoying their company. We rolled dice, talked life, and even though I didn’t bother making any sales because the owner didn’t allow me to, I was really enjoying my time. One of them dissappears, and I stick with the other guy who I was conversating with the whole night, he was my favorite anyways. The spot closes, and us, high off the molly decide we can talk our way into the other private party from earlier.

He did the talking. I really don’t remember what the fuck he said to the bouncer but he pays for both of us as we got in.

This is where this dude starts kinda losing it. So inside its a bunch of old hard lookin white dudes sitting down with beautiful women, and in the back there were a few younger, normal looking, less intimidating couples. We play pool with them, and this is when the guy I came with starts preaching hard. For some reason, I listened to every word and took him very seriously. He kept talking about the end of the world and how we needed to take it more seriously. He went into crazy detail, talking about all this shit nobody knew the context of. He looked at me and told me that the other heirs(?something like that, chosen people of different groups?) had risen, and that the muslims were taking forever for their chosen person or whatever to rise. I was entertaining all this cuz I wasn’t bout to go talk to the biker dudes so I just listened to this guy preach, nothing seemed weird to me till I noticed other people visibly annoyed telling him he’s killing the vibe and only then had I realized how crazy the shit he was saying was.

6am rolls by and I decide to slip out without telling anyone just in case he pissed off the bikers because my guy would NOT shutup. Mind you by this point he’s pretty much predicted my upcoming month, my inner battles, expanded on the shit the old traveller had told me a year earlier, and told me all this shit I wish I paid better attention to. As crazy as he was I felt immense love from him like he was truly trying to look out for me, and my inconpetence was hurting him. (also random memory: idk how we got to this point, we were talking about good and evil and I asked him what he thought I was. he looked in my eyes and said pure evil, but implied this wasnt gonna last. (?) )

Couple weeks pass by, I’m dealing out my regular club again. I see him at the beginning of the night just staring at me in a “remember me?” way , but I don’t recognize him.He’s nowhere to be found until the end of the night, he comes to the room I’m dealing out of, gives me this super weird, unexplainable but satisfied smile and walks out. Thats when I recognized him. Coincidentally, that was the last day I ever worked at or went to that or any after hours club, last day I ever dealt or did drugs, and last day I smoked cigarettes. The day after, I had my awakening, and my life drastically entered a new direction.

I was thinking about it, maybe the molly rendered him momentarily insane and allowed some sort of angel to possess him? Maybe he was just really high and tired, and I’m looking too deep into it. Who knows. My encounter with the traveller guy from much earlier is even weirder, and he left me with an old ass book that I never bothered to read (ive attached a picture of it) but that’s a story for another day lol. Hope yall found this interesting. Let me know if you guys are interested in the story of my first presumed angelic encounter.

Hello thank you for sharing ! I really enjoyed reading your experience