I was wondering do you use the herbs Peganum Harmala, Syrian Rue, or Banisteriopsis in your rituals?

And if so what kind of rituals and what are your experience with it?

In this forum is really needed a herb witch

Comfrey Symphytum officinale Because of their high percentage of allantoin, comfrey roots are by far the best herb for healing wounds of all kind, even ulcerous ones. Roots can be harvested either in spring (march/april) or autumn (october/november). A simple ointment made from roots and lard (you can use plant based oils and fat, too of course) can be applied on dirty wounds in order to prevent sepsis and help heal the wound nicely. Tea made out of comfrey roots can help with internal blee…

do you use the herbs Peganum Harmala, Syrian Rue, or Banisteriopsis in your rituals?

Since these herbs aren’t growing in my country I don’t have experience with them, sorry.

I haven’t used Syrian Rue or Banisteriopsis (Caapi). Syrian Rue and Caapi/Yage/Ayahuasca are a little hard to come by, but you can usually find the individual ingredients at places online that sell ethnobotanical herbs. While the herbs themselves are legal, both are used in ayahuasca brews, which is not legal in the US unless you go to an ayahuasca church.

I would specifically warn against Syrian Rue use only because it contains naturally occurring MAOI (monoamine oxidase inhibitors) which have a whole host of restrictions that can’t be used at the same time like cheese. This is also why there is a special diet you have to be on prior to using ayahuasca like you have to stop all your medications, you can’t have things like aged cheese, caffeine, and all the weird MAOi food restrictions. here’s a link with the restrictions https://www.everydayhealth.com/maoi/guide/

There are a ton of entheogenic herbs that are available and safer to use in ritual settings.

thanks for you reply, i use those herbs since 2014. moai diets are not necessarily.
dont take drugs, medication and you are good.
you can take caffeine with moai. i always put ilex guayusa in my brews. some up to 15grams.
i have taken those combinations 66+ to 120+ times maybe more. ayehuasca is not illegal.
ayehuasca contains moai + dmt alkaloids.
you can buy acacia confusa, mimosa hostilis, chaliponga, cacrunita, legal even is usa, put you pan on the stove and put banisteriopsis and/or harmala in. i never had police knocking on my door. to see if i mix those legal herbs. yes the combination might be ilegal. but those separate plants are legal. dont put ads or a large sign by your house that you combine those plants or call the police that you illegaly combine thise plants and you are good to go.

with ayehuasca depens on the dose, but you enter a different consciousness. ayehuasca is used 10.000+ years maybe more. in magical operations in the amazone. e.g. or heal or hurt people western people with cancer go to those shamans for help.

harmala is used by many cultures. also by zoroastrisme thats the oldes currently worship religion. predates the abrahammic religions.
the very word magick originates for the persian word magoi. look it up.

Magus, member of an ancient Persian clan specializing in cultic activities. The name is the Latinized form of magoi (e.g., in Herodotus 1:101), the ancient Greek transliteration of the Iranian original. From it the word magic is derived. It is...

the dessert herb harmala also know by many names syrian rue, african rue ect. was used by Zoroastrianism religion in there magickal operations. even the egyptians, khemtian priests used harmala, possibly with other combinations of dmt containing herbs. it’s believed that harmala was the main ingredient in the asian brew soma, aswel as the persian brew hoama.

its funny that where in the west we say dont use herbs with ritual while. the origins of magick lies in plant based shamanism. 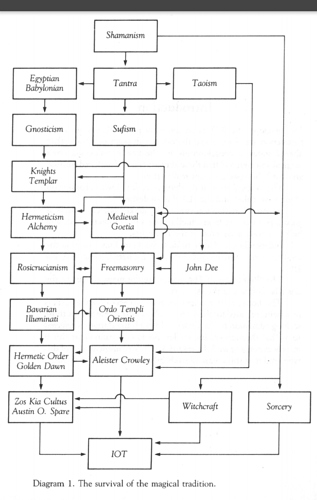 In the United States, DMT and Ayahuasca are technically illegal, but the government has allowed a stipulation for religious groups and spiritual ceremonies, hence the ayahuasca “churches.” Granted, they won’t show up on a drug test. Trying to figure out drug laws and legalities with entheogenic herbs and plants is a headache like caapi can be grown ornamentally in Louisiana, but it is otherwise illegal and apparently Oakland and Santa Cruz, CA decriminalized all entheogenic herbs and plants within the past year.

I just did a spate of research on the legalities of some entheogenic herbs and plants because I make flying ointments and some countries have heavy regulations surrounding medicinal nightshades.

Do you know herbs for opening the astral senses ? also do you know which herbs can cause a trance state?
i already got peganum harmala, banisteriopsis, ayehuasca, san pedro, mushrooms, morning glory seeds, salvia and iboga