.First what are spirits? Spirits are a being that can’t be seen by the human eye it doesn’t always mean someone who is dead , or how would you explain living entities who dose not have a physical body in the astral realm in the Arabian history those spirits are known as (jins) including dark black and white arts they are all (jins) even Satan is a (jin)

.who was the father of spirits aka(jin) it’s said in our history that God created a being named (someya) and someya made a wish to God and said my Lord i wish to see and not to be seen and Our old will become young and we fall in the deep and God gave him that wish .

.the reincarnation system is a truthful lie but
how ?

.the visions you clam to have from past life is not what you think ,it’s visions of you from the parallel universe

What’s the point of this article.

First of as new member you should make an introduction of yourself in the following thread, its one of the rules of the site so please follow that.

Where? Me, outside of Sydney. Al.

Well according to EA in the book KoF i believ there is a destinction amongst the 3 beings angels, demons and spirits. They have similuary functions but different approaches.
Most ppl on this site will argue that by own experiences they are not all the same inleds then the term djin is a broad description.

As for reincarnation being a lie Well thats only your opinion you cant disprove it but there are things that speaks for it.

I laughed reading all you wrote here…seriously. But your nick alone says it all. So, swim in your knowledge alone.

who was the father of spirits aka(jin

Crap! Is there such thing as aka to spirits? Spirit is English word, Jinn isn’t (Arab). (As I heard from Islmaic scholars around me).

Even the Christian Bible says, God is a Spirit. Ya telling me now that the God of Abraham is a Jinn?

Lucifer is a Spirit, so he is a Jinn too?

Because you haven’t experienced it doesn’t mean it is so.

living entities who dose not have a physical body

They can do so. I do play video game with my guardian, physically. Like, hit (softly) him if he keeps winning.

in the Arabian history those spirits are known as (jins)

The spirits maybe known as Jinns but don’t say spirits are also known as jinn. It’s like saying the entity Belial is a jinn cuz he is a spirit. What! (or is it language barrier). One is arabic and the other English. Just like how they confused Al’lah as a name, but Allah is just an arabic word for God (the god). The word God is English language. In Latin, the word God is Deus. When they say may almighty God ‘Allah’ bless you; it is the same as saying May almighty God ‘the god’ bless you. Language is the conflict here. The name of the Christian God is Jesus, so what is the name of the Muslim God? They will say Allah, which in english means 'The God '. That is not a name but a title. If you are a muslim do you know the name of the God you serve, o ye religious dude? Your answer, I know, will be, Yes, Allah. (I went off topic but its to make clear my explanation).

Arts stands out, has nothing to do here at all. Angels are not Jinns. It’s like calling the Salamanders angels, nope, they are different. Or calling the Gnomes demons, nah! They are not.

it’s said in our history that God created a being named (someya) and someya made a wish to God and said my Lord i wish to see and not to be seen and Our old will become young and we fall in the deep and God gave him that wish .

Many of stuff like this are made up by scholars to bring out moral lesson. It has been existing for long, as for the ones I have read it dated back to the days of David.

the reincarnation system is a truthful lie

Can you see this:

It’s just your opinion. It doesn’t change the fact.

I don’t wanna be too harsh but all this too are off. Have you been out of this planet called earth at all? If so, I can take you on a journey to meet some cosmic beings who will propound mysteries and truth to you, and not this human written knowledge you count to be something.

the visions you clam to have from past life is not what you think ,it’s visions of you from the parallel universe

Another false. If only you understand what a past life is. Do you even know how many times you have reincarnated? I was told by a spirit thay some people will reincarnate upto 50 times before they can ascend…that’s why I appreciate and embraced occultism and not religion, cuz it helps in ascending faster than anything.

So, you think you got something and wanna come in here and show off, uh? Well, as I have seen with my short time here, I have learnt that BALG forum is no playground or home of newbies.

Humble whatever you might have learnt before and compare the knowledge of others here with yours, look for where the conflict is, and some new stuff to add to what you knew. 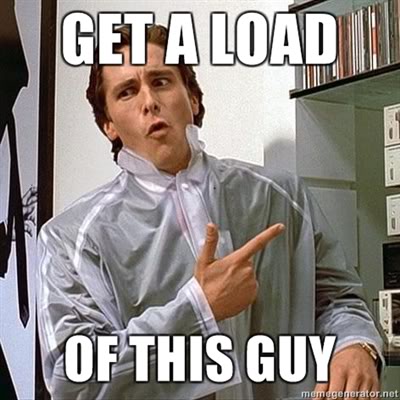 I think OP should invest in The Book of Smokeless Fire by S. Ben Qayin.

K thx i will

Reminder to please keep conversation polite, and @Religious_dude, word of advice: be wary when making statements aboiut absolutes, the very least you’ll do is piss off people who have different experiences, nut far more seriously, you may paint yourself into a coprner by defending an incorrect, or at least, incomplete, piece of knowledge as though it were a final and definitive fact.