I trying to attempt to opened my third eye using a binaural beats I found on YouTube but I think there’s still lacking about the process of opening and I just wanna ask anybody here regards to their suggestions what is the additional methodology is best to incorporate while listening to binaural beats.

is there any meditative options should I add with in order to make the whole process seems pretty efficient?

Binaural beats sometimes don’t work right on YouTube, because YouTube’s ogg compression settings are a bit extreme. Depends on the frequencies the creators have used. Some creators seem to have figured out how to work around these issues.

You might need to try quite a few tracks to find ones that actually work right. Try to look for isochronic tones on YouTube, as well, as they usually survive the compression process.

Spotify uses Ogg, too, but doesn’t seem to crank it up enough to wreck the binaural effect as much. Apple Music is nice, as well.

On Spotify and Apple Music try looking up Hemi-Sync, J.S. Epperson and Barry Goldstein. They all produce good stuff. All 3 produce brain music with the intent of spiritual awakening. I’m always looking for what works well for others, too. There’s just SO much, one of the “hacks” is getting people to share their favorite results-producing artists.

During meditation, you just sort of view and feel your third eye opening. When you’re in a deep enough trance, try to move your consciousness around your head. Once you’re able to do that, then move the sense of your eyes — or more specifically the sense of “where you see” — higher to your forehead region.

Move your vision sense inward… sort of like when you go to sleep every night and you turn your senses inward to your inner senses. You need to basically do that during the meditation.

Both are on the cheaper end, too, so they’re sort of fun to play with.

Have you tried a guided meditation to open it?

I see Brian Scott has two of them… he puts out so much content, some of it just filler babble… but a ton of it is incredibly powerful, too.

His meditations 9 times out of 10 tend to be really good. Perhaps try one. They’re all free on youtube, and some of the podcast apps.

I haven’t tried this one yet, but after listening to a few minutes of this, now I’m interested. I’ll probably use this today.

The third eye is not “closed”, this is a metaphor and merely means undeveloped. It’s more like a muscle, you have to build it’s strength and ability over time, through practice.

What do you mean by moving my consciousness around my head ?

And also do you mean I should look upon higher where my forehead region?

What do you mean by moving my consciousness around my head ?

If you close your eyes, sense where you “feel” like you are inside your body. Where your consciousness is.

Most people feel like they’re “in” their head. That their consciousness itself — their feeling of their “I” — is in their head.

For many, this maybe behind their eyes or thereabouts. It’s been awhile, but I think some people also reported being more directly in their eye area. More forward in their head.

You can start by floating a little up or down. Just a little. Then working on moving more from there.

Recently I’ve mostly been trying to float down into areas like my heart. I don’t feel like 100% of me goes there. Maybe half. But it’s an interesting sensation.

You can do something similar with your third eye, where you feel the presence of yourself moving into what is typically considered the third area area of your forehead.

Technically, though, I’m not even sure the “location” of the third eye actually matters. It may be metaphorical. “Third eye” is probably more of a metaphor for your inner vision/visions and “seeing” or otherwise sensing through your own divinity.

But whether or not the third eye is metaphorical, you can use it. Sort of like how Chinese medicine mostly works, even though it’s now considered metaphorical in many ways. Metaphors do work. Especially in trance states. Whatever works for you is fine.

I hope others chime in, as I’ve only dived back into extended meditations and whatnot the past few months. I have a lot of experience from earlier in my life, but there is likely more efficient methods these days.

Oh, one other thing I should mention…

I will say that although I didn’t believe we actually have a literal third eye, I do actually FEEL something in the stereotypical “third area region“ when I place a piece of merlinite there. It’s the oddest thing. I didn’t expect that.

I mean, to me it’s odd! Lol. I’m sure this make sense to those with even more experience. (There’s a lot of very highly experienced people here. This is the part of the very real magic of this forum!)

So even though I thought of the “third eye” as metaphorical, it’s kind of mind blowing I actually feel something energetically in that area with that stone. Serpentine is kind of trippy, as well. As with all these things, your mileage may vary.

Again, I’m only now getting back into these things myself… In just a week or a couple weeks, I’m sure you can teach me some things with your findings (and I’ll be happy to learn!)

Thanks for specifying it out i am very confuse at the beginning but suddenly as you laid out explaining this I guess I am trying to feel that my visions are within my forehead and I could best done that more effectively when my eyes are close and know that my consciousness is beyond my head or relocating it above and below like my visions are descending between my lower body through upper head do I’m correctly right in my own interpretation?

Thanks for specifying it out i am very confuse at the beginning but suddenly as you laid out explaining this I guess I am trying to feel that my visions are within my forehead and I could best done that more effectively when my eyes are close and know that my consciousness is beyond my head or relocating it above and below like my visions are descending between my lower body through upper head do I’m correctly right in my own interpretation?

I wouldn’t get hung up with it being in the forehead, per se. It may just be “inner vision” or “soul vision”.

Maybe there’s something in the third eye area. Maybe there isn’t. But if you feel like it helps to think of an actually being something there, use it. Go with it!

Metaphors work quite well in trance. Also include the idea of altered states in trance. It’s the same thing, really, even if you get there via “meditation” or other methods.

Metaphor usage is one of the foundations of hypnosis and “altered state” work, actually. (If you’re ever up for it, check out the book “Tranceformations” by Richard Bandler)

And if you ever take something powerful like mushrooms, you’ll have such an expanded experience of reality — that you’ll end questioning what is a metaphor and what is “direct” or “actual” reality, anyway.

The only thing I can guarantee is that as you explore thees things more, your sense of what is real or not is going to change quite dramatically!

Ohyeah. The thread with Alahimavatara, right??

Yeah, yeah! I’m extremely interested in Enki too. Seems like a mostly helpful entity. Or he/it tries to be, anyway.

I’ve also had a friend messaging me about Hekate helping with these things. Hekate is unusually easy to call… I called her casually just thinking about her… (well, I hope it’s the real Hekate, anyway, lol) I had an unusual experience with her when sleeping. She feels like one of the safer supposedly “dark entities” to me. Very calming, helpful.

Anyway, good luck! I can’t wait to hear about your experiences. Just update this thread with what happens.

Oh and make sure you look for “Hemi-Sync” on Spotify, Apple Music, or whatever music service you use, too.

Hemi-Sync are some of the original brain audios meant to induce spiritual experiences. They have a huge and rich history in this area. It’s a real gift that these are available basically for free now.

Thanks for a great recommendations is this on YouTube?

Also have you already perceive Hecate or you just felt an intense unusual energy around but do you actually slip in trance state before you start to call upon her?

Thanks for a great recommendations is this on YouTube?

You are very welcome.

Here’s Hemi-Sync on Spotify… it’s free if you listen to an awful commercial every now and then. 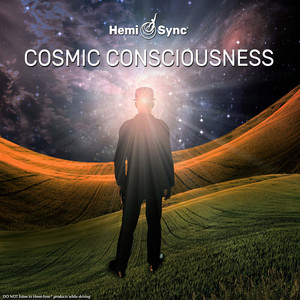 This is from the Monroe Research Institute. Famous for their out of body and consciousness exploration. Even the CIA wrote a now famous report on these audio programs.

In the ’80s, the spy agency investigated the "Gateway Experience" technique to alter consciousness and ultimately escape spacetime. Here is everything you need to know.

Spotify has a few of these. On Apple Music, they have a little bit over 100 of the Monroe Institute albums included. It’s mindblowing. I’m sure they’re on other services, too.

Oh Hekate came to me like a warm blanket. I called her in a very mild altered state (a little bit of meditation), felt her warm presence, and talked just a little.

Then a day later, I talked most with her while half sleeping — I think she initiated this contact in this particular type of mindstate. It’s like she knew how to time things just right to interact with me best. Half-sleeping — this was a very powerful contact, as you might imagine.

It was a full conversation at that time. Hekate feels very real. Very loving and warm guidance. Yet it wasn’t just a feeling.

She interacts, and I didn’t get the feeling I was talking to myself like I sometimes do. Lol.

She also respects boundaries. I didn’t want attachments or pacts or anything. I asked her to be a friend, to walk beside me. This was okay with her.

I know it might sound a little weird, but if think you of the best of the ways people talk about Jesus (or Lucifer, the light bringer), Hecate almost feels like the love and kindness entity of the night. For people on her good side, anyway. I’m sure she can bring destruction, as necessary.

@C.Gren This is an area where you excel in. All of this. When you have time, could you kindly contribute some comments about developing the third eye, and maybe a few words about Hekate?

This is an area where you excel in. All of this. When you have time, could you kindly contribute some comments about developing the third eye, and maybe a few words about Hekate?

I think the third eye is generally a stupid concept. When it’s just attention/presence. Where the magician directs it. That’s all. Developing attention and presence is great journey, and you need to work daily to know it’s secrets and they are endless.

Hecate is miracle, just call her and feel her love