OK, folks. I’ve been questioning my own existence lately. Even with all the science out there, I’m not fully convinced they have it right. I’m also not convinced with this spiritual path or that spiritual path either. I want to go back to the source as close as humanly possibly. Does anyone know which writings are the OLDEST on our planet that we could get access to? I want to start studying the oldest stuff I possibly can.

So far I think human records only went as far as Sumerian text, but there’s a theory that there were older civilizations that were simply lost in time prior. So there’s only speculation and working with what’s available that was lucky enough to be preserved in time.

The Sumerian texts would be your best bet. They are among the oldest known records. You should check out a researcher named Mark Passio. He has done research into theories about human origins. His research goes into “Annunaki” realms, though. I’m not sure what your personal take is on that. Personally, I subscribe to it.

Here is one of his presentations on this topic: https://youtu.be/oiCnrn6LkUo

True lol didn’t think about that til now.

@anon69472442 the akashic records and the astral libraries are a great source for knowledge, (i figure you already know this though)
Now Granted, its not what the OP isbreally lookong for as you have to rely on upg for that but its a good place to start especially when all history was written by the victors.

Thanks for the input all! I have been drawn to the Sumerian civilization and also began reading about the Annunaki just yesterday, so this should be interesting!

When it comes to human history I wouldn’t rely on spiritual information especially when it can be misconstrued by bias and general misunderstanding.

The Sumerian civilisation, as part of Mesopotamia, is the oldest known civilisation for which we have any direct archaeological evidence (though some researches claim the Australian Aborigine is actually the oldest as it can be traced back 75,000 years) . However, there is so much misinformation and downright ridiculousness spouted about Sumeria and its mythology within the occult that I seriously doubt you will find any truth unless you go directly to academic and archaeological papers.

Anything before Mesopotamia, beyond simple nomadic tribes, is pure speculation and outright fantasy in most cases.

Edit to add: I feel it is also important to point out that the written Sumerian language is cuneiform, similar to Egyptian hieroglyphics, and there is still debate on factual interpretation (forget about people like Stichin; his shit is completely made up).

Thanks for the heads up!

Agreed! Right now I’m just looking for some of the oldest factual stuff and then I can look at their beliefs, etc.

Me? or did you mean to tag someone else?

So far what have I found is based on Mother Goddess Theory,feminine was dominant over masculine because of couple of reasons.

Why they call her mother goddess should be because there isn’t simply anything written about it.

1.There werent so much wars that would side with more masculine type.However they also found skulls much more than other parts of bodies,maybe their afterlife beliefs were different or they were not so peaceful.
2.It represents fertility and Neolithic age is litterally people finally building farms and stuff,considering myths are based on human needs,this makes sense. (I am sorry, English isn’t my native language.)

I will add more as I found more, also I am in kind of a bad state right now so this is what I can give.

Mother goddess? figure found in Çatalhöyük.Dates as far as back as 8000-5500 bce. 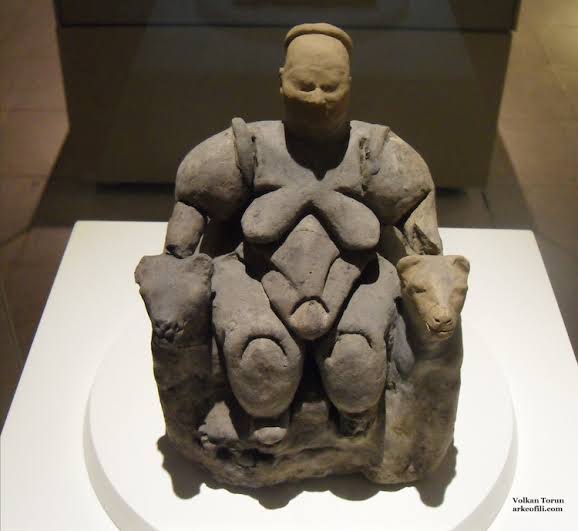 I dont know what these relics exactly stand for but they have spesific purpouses, I will edit when I will find what they were for. 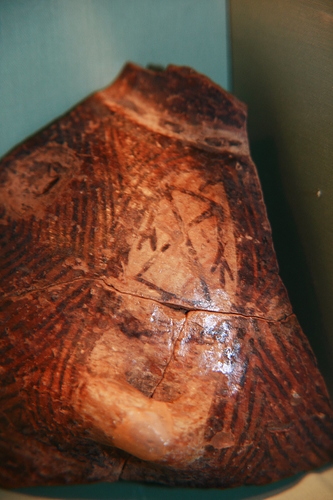 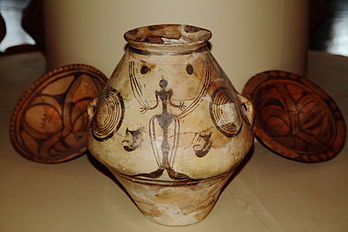 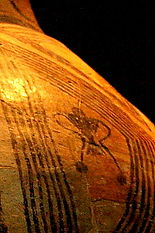 I would also like to point out there is a possibility of everything I said could be flat out wrong because I just started researching 3 days ago.

Ye the oldest known scripts were Sumerian ledgers of goods traded iirc, namely how much beer they sold and how much and of what they got for it shortly following it’s invention. China followed a similar trend.

I have no message from you, however, I think you should speak to darkestknight in that regards.