'Twas in the cradle of civilization (Mesopotamia. The fertile crescent) where I was struck with a sort of possession. Bizarre visions invaded my mind. They brought forth a revelation. Possessed by whom? Given gnosis of the ancient future by whom? Why, by “Kingu” 'twould seem.

'Twas “Akitu,” (Babylonian festival.)
A time when grand homage was paid to the “Dingirs,” (gods.)
Oh, how “the blood of Kingu,” (man) celebrated “Marduk’s” victory over “Tiamat”.
The ode of Enuma Elis (story of creation) was passed on to the next generation of Kingu’s blood.

Whilst others paid homage to Marduk, one gave praise to Kingu. “Azag,” (The Great Serpent.) An ancient Sumerian sorcerer. One whom conquered Babylon with the aid of Kingu. Through evocation he summoned the Dingir (deity,) Kingu. Through praise and obedience he obtained that which he desired:

Great God Kingu, one whom shows the way.
Great God Kingu, one whom shines so bright it inspires fear and awe.
I Azag, summon you great God kingu through sorcery, so that we might make an oath and that I may give obedience unto you.
I give tribute unto you Kingu.
Through sorcery I was able to destroy the people of the land I conquered.
I’m now king of Babylon.
I have seized Babylon.
Babylon has become enslaved by me.
Babylon obeys me.
Great Kingu, you have brought Babylon to my feet.
For it is through you I am powerful.
And without you, I will surely die.

Bro I just discovered Dragon of the Two Flames by Ford, it goes into great detail of the story or mythology of the Gods of that area, THE CALF OF ILU ATAKU, I think is my guardian or a part of my phycoc spiritual make-up.

This link is in regards to the location of Mesopotamia, and the modern-day countries that its composed of: https://en.m.wikipedia.org/wiki/Mesopotamia

The Sumerians worshipped thousands of Gods from which neighboring and later established civilizations derived their Gods from.

I’ve no doubt “The Calf of Ilu Ataku” is your guardian, given your intuitive conviction.

Thank you so much, for sharing!

This us a temporary account, I’m Ferunt, I’m having weird Anununaki vision’s, a princess visits my dreams and appeared in front of me, having sex, wtf is going on., I have an inclinations but its so crazy and far out it just might be the case, I had a Kundalini awakening and since I feel drawn to them, like family, family fued shit, how do I find the truth, this princess, is a proud whore, does as she likes , I’m a prince and she fucks in front of me , I don’t know whether to be offended or attracted to her, nice blonde feline like face.

You need to heavily contemplate on these dreams. They could be premonitions of sorts. They’re bizarre to say the least. If you want to get rid of this: take an egg and cleanse yourself from head to toe, while verbally banishing ailments and negative spirits from you. Then dispose of the egg far from your home.

What if we have all been glamoures, this is Lucifer’s cage, this is a prison, I want out, I’m getting out and I’ve been studying the sons of el, they are evil incarnate, bad eggs, they shouldn’t be here look at the chaos!

You just don’t get it, I channel the ether, I know me, I know people, I have a devilish ability to control mass amounts of sheep, when I pull the ether I know its not my own creatively, I watch everything, be still and know “I am god”, you just wont get it and Il raise you as high as you can go but most of you aren’t even real, your apparitions in in a simulation to trap me and other’s, I strive for truth and i don’t bullshit my self, or have delusions of gradnier, the jig is up, the sons of el give it away, you don’t know my current brother , I’m taking us to the next level, you might be a brotherhood of darkness or just a sim, I hope it doesn’t hurt your feeling’s.

I use a similar method… I pass the egg over my entire body and then break it in a glass of water. It is left for three days. Often bizzare forms manifest within the white of the egg. If this is the case the egg is buried far from home and the perimeter of the home is encircled with black salt.

I also use a similar method. I interpret the energy of the ailments or curses and vampirize them then using touch vampirism, I send that same curse energy into the egg and then smash it far from home. I then clear and cleanse myself and my own energy along with the homes and then set up my defenses. Works beautifully.

I feel as if you’ve gone a bit to deep into negative beliefs. Now you must crawl out of the tangled forest of illusions. Figuratively speaking.

I think the best way to free yourself of these afflictions is to undergo a state of nonbelief. Thus you’ll be released from the grasp of the madness that’s shrouding you.

I never seen things clearer brother, thanks though,

Stay true to yourself. Don’t falter if you feel so.

Thanks yeah I was getting pains in my lower chakras as the madness was coming through which tells me , those thoughts weren’t natural, my Kundalini has been kicking my ass lately for not clearing emotional knot’s, with all that’s happening in the world , I’m getting a crash course in the true nature of our reality, when I feel everything getting on top of me I find comfort in Eastern teachings of not identifying with every thought and sensation from the ego and other outside force’s, I’ve been doing Samadhi meditation’s, very enlighting , thanks for your input brother.

Sounds good man. I can see a positive shift in you psyche sense your first post. 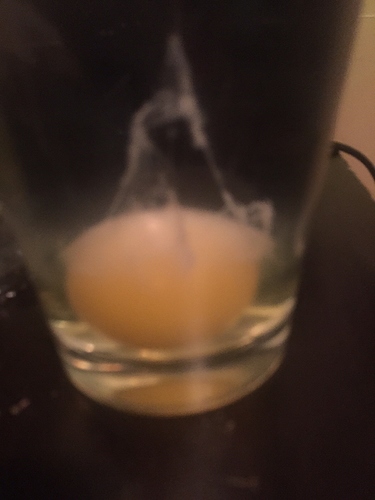