Nexus Of Omnipotence. ( All of You Join me in this amazing rite )

The Nexus Of Omnipotence.

This was an idea i came up with while i was in soul travel and i met some ascended sorcerers, in the god-planes, we discussed the possibility of harnessing not only the source of magick, but the collective power of every witch, sorcerer, magician, magus etc.

Look at it this way when we send out our focus, our power, energy and will and combine that with the external force of magick, where does it go after it materializes your desire ?.

I came to the conclusion first of that that power and energy became solid matter and creates the shape of your desire but this was incorrect. It actually manipulates and changes certain movements in our world and reality subtlety warping it then that power simply diminishes.

The ascended and i had a amazing idea, creating a matrix that usurps the power we send out and if we connect to it all of us we not only feed it but it feeds us. The matrix is a singular point of energy and power that is from the magickal masses.

When we connect to it this links each of us, the brothers and sisters of magick into the same point.

The mechanic’s of this matrix .

Me and the ascended traveled to a realm where we found this nexus already existed but the only reason it existed was because this realm was a dimension which was a head of time, showing me the result of us creating this matrix and creating a nexus of omnipotence.

To make sure it exist’s fully we must create it now so it won’t only be a construct in another timeline. 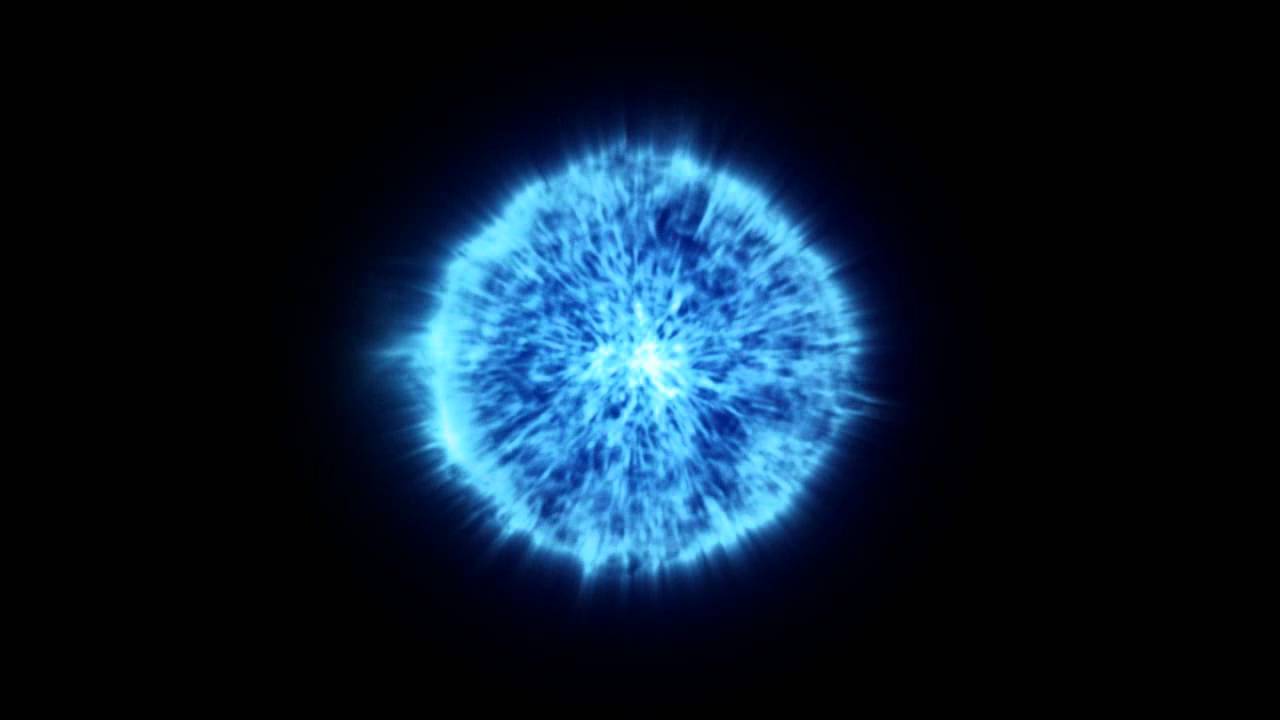 This what it looks like, a huge orb a point of power in its core are rings that that move in a geometric sequence, creating a vortex that pulls in the power and energy into its center.

In the core of the center is a power source which acts a conduit for the power’s held within, the other mechanics into this nexus are extremely complex which acts as filters that pump out weak energy and currents that may affect the nexus negatively. Plus astral systems that contain various currents and vibrations to keep them working in unison etc.

So how do we create this ?.

The plan and proceedings.

To create such a Nexus of omnipotent power of magick, we would need a suitable power source we of course are a power source and creation / the source and the void is too, so if we already have these systems in place why would we need this type of nexus in the first place.

The reason is because it will be a system that has actual programming which will continue to feed us and empower us even when we aren’t consciously tapping into it.

This magickal catalyst will skyrocket not only your power and mine, but the collective power of all the magickal masses. The nexus would need a powerful catalyst we can implement these things into it’s creation.

Use any and all or combined methods above or of your own to raise and consume a godly amount of power within and around you.

Then direct all this power into a ball or orb either using structuring or energy manipulation.

Visualize all that power, within this ball / orb then say

" I ( Your name ) conjure this power, and command reality to hear me now as creator and destroyer
Before me is the catalyst of the nexus of omnipotence, which i and my brothers and sisters forge and create using magick and our combined power and will, may my brothers and sister’s stand with me as Gods of our world and the next, i send this out to the astral world may our orbs of creation join in the same plane and combine, in the name of ( The Dragon, The Universe, The Darkness, The Gods etc ) This is my will and my will shall be done ".

Now simply feel the orb come alive filled with your command ready to perform it’s task then use this incantation below.

Feel all magickal powers summoned entered the orb and visualize or if you have perfected you spiritual senses see the power lift the orb and say.

" Go now and carry out my will take this power where it belongs ".

Then simply close your eyes visualize, your orb enter a spiritual emptiness and see that orb filled with all the power you could infuse it with, enter the other orbs and see the orbs enter each other growing and growing, until you see a giant sphere filled with power.

Then i will call the ascended to form it creation, you may also focus your will into its creation.

This rite should be done facing the west and should be performed at the 25th of March.

The result and why.

This will result in a critical mass building of our individual power and godlike force, when this all comes together and grows I and the ascended masters, will speak your names and echo them through the spiritual realms’ giving you access into its infinite power.

We will give a petition in front of the gods for those of you who perform this rite which will funnel its power into you, every-time you perform a magick or spiritual act you will be feeding it and throughout your day to day mundane life it will feed you and empower you.

This Nexion Of Magickal Omnipotence may even be used in your future rites, how will this help because it will be as if, everyone of us are performing that ritual with you.

This matrix and nexus and godly nexion whatever you want to call it, will do wonders and as you ascend so will it and as you develop so will all of us in unison this is grand global alchemy, this is empowering us not just the self.

So if you are with me and will perform this rite then thank you on behalf of all of us, comment below if you are going to perform this creation rite, then i will see your name and you will be given access and connection to it.

What i have in place.

Let’s be honest if you don’t do the work you will not reap the rewards, so i have spirits in place making sure only the names that did the rite actually have connection to this nexion.

What if you didn’t perform this rite and still want connection.

Simple perform the same rite above adding to it’s power and then tell me you performed the rite and you will gain access, the spirits will take care of that for you and they will know if you did it or not.

Those names i actually channeled from the ascended themselves they have chosen you and it is up to you if you want to be a part of this grand creation and destiny.

I welcome all of the rest of you to join me just those names are some of the ones i channeled lets all be apart of this, this will literally in theory create a magickal circle that our godselves will stand in together in unison.

We could stand in that circle and all perform powerful rites together, each of us linked as one family, a family of magicians and witches a family and race of gods.

Will you join me ?

Will I join you?? Bruh…does this look like the energy of a God who WONT join this awesome oppurtunity?
Hell fucking yeah im in!

If my name has been called, I shall answer.

What am I going to say? No to the ascended sorcerers?! Count me in

My spirits advise no, so am opting out with thanks and respect.

Two questions though, to ascertain - you want us to do the rite specifically on the 25th, or before that date?

Also, if I understood correctly -

It actually manipulates and changes certain movements in our world and reality subtlety warping it then that power simply diminishes.

When we do a ritual or whatever, our desire will manifest itself, and then the remaining energy will go to the nexus instead of just dissipating. Correct?

Yes and Yes my brother.

Great news lets fucking flip a lid on this shit.

Fuck yeah man let’s do this …

I just ordered a satanic Rosary , once I receive it in the mail may I please be a part of this awesome opportunity? I would also like to ask for a recommended mantra that would be best suited to the nexus working? I’ve had great success with my bibratio s lately and would love to be a part of contributing to something as monumentally unifying as this. Thanks C.

I am taking this time I have now to post a new thread regarding the results and experience of my working through the challenge of Darkness. And will be eagerly awaiting a reply to my request about a suggesta a mantra, and anything else I may contribute towards this working. Bless fam!

Just reread this and realized that I cant do the 25th. Sorry guys.

Fuck yeah! Lets do this! I have an army of demons from Nadharkis that tell me this is a fit challenge for the Old Master to partake in! It’s almost as if they want this matrix to be formed. Something to do with it being used for a future bridge between our Multiverse and their world…

Mantras - Mantra’s that build up extreme vibrations, energy and power then this would be directed to it’s creation

I know some powerful ass mantras from Nadharkis that are even better than what this world has to offer.

This is a great opportunity!
@C.Kendall my brother, your the boss!

It’s almost as if i don’t even need to research for ways to break the veil cause they just come my way out of the void! hah!

@Rory_Mclellan My brother i can give you a Nadharkean mantra that i use when i make my magic and connect to that primordial world. It is one of the most powerful and i’m going to use it in this ritual.

(Pronounciation Ohh-H-iiiih-mmmmmmmmm Goh Aaahhhhhh Oh-Roo-ssssssssssssssssssss)
At the end of it focus on the S as your body will fill with immense power and dark demonic energy. Pronounce the s with a snake sound.

You have my support and hers! Let’s do this

I should mention here that I will not be participating in this. My intuition is telling me it is not for me, so I am going to heed the warning.

I have my own work to do.

The Orb is made and released