Hello friends! I’m sam from Australia, have been reading topics on the forum for a while now , couldn’t resist opening an account and participating. I practiced law of attraction for around 10 years but never really got any big results I could show off for, always had this feeling like there has to be more , so started researching and learnt about different Magicks. Where candle Magick never intrested me , the evocation of demons always got me intrested . I have done some evocations have mostly felt the presence pretty strongly but not able to hear anyone yet , looking forward to learning more from the experienced magicians here!

Well, well, well, another bloody Aussie.
Where?
Me 90 minutes by train outside of Sydney. 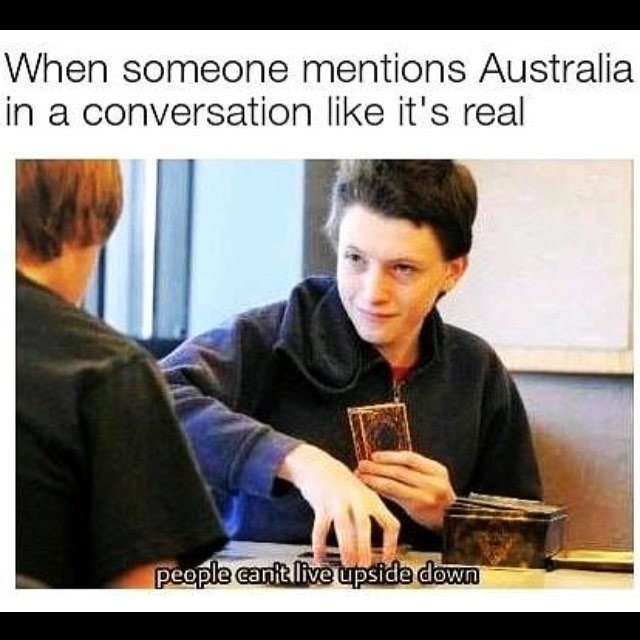 Hello there mate! Welcome aboard! Enjoy the journey here.

By the way, ritual magic works through the Law of Attraction and Oneness. The Law is infallibly real because you are. The issue is that popular understanding of the Law has resulted in a few critical, self-knowledge related aspects being neglected and ignored in the rush to manifest that dream and/or maintain that “high vibe”. You should consider reading the works of Neville Goddard. I suppose you’re already very familiar with Abraham-Hicks: the essential, repeating principles they talk about are exactly correct in the context of “reality creation”.
Also gratitude is indeed a very, very potent tool in acquiring emotional balance provided we don’t get attached to things we are “grateful” for.

I must say that I know very little about the Temple of THEM.

Haha we do live upside down south is cold , north is warm😂

Hi I totally agree that law of attraction is an important part of all Magick and it’s helping me aswell , I have read Neville and Abraham , I totally failed with Abraham Hicks , she makes you feel very guilty for being low and it’s not possible for anyone to be happy all the time . There was a time in my life when I was happy , grateful and high I would say 90% of time for 5 months but nothing on the out side changed and I had a horrible panic attack after that since I had no plan b and never doubted that things will work out .

The Law of Attraction isn’t an important part of magic: it’s basically all of the magic because it is derived from the only real truth in your experience, i.e. you or your consciousness/perspective. If not for the fact that altered consciousness is and also leads to altered experience, nothing–not just magic–would work or move.

Abraham-Hicks’ recurring themes of non-resistance/surrender, finding a better feeling thought, making peace with the current situation and realising that what we call reality is actually vibrational as opposed to solid matter are all foundational principles for ritual work. It’s only chasing the “Wow!” and the goodies using all manner of techniques that usually causes the problem because it brings what is in conflict with what we’d like it to be.

Yes, I can understand the problem. However, I am certain you entertained doubt in some form, even if only by constantly checking for the results in your current reality. For you experience a panic attack or negative situation, you must have access to it in your consciousness. Sometimes, running away to a “high vibe” brings what you are running from into focus :). That’s why it’s best not to judge things “high” or “low” but mostly be in the present moment and aware that you are experiencing. Daily meditation is very important

Anyway, now you can explore this new approach with vital knowledge you’ve acquired via the popular perspectives on the Law of Attraction.

I think what I like about reading about Magick is that there’s not much fluff and fantasy like it’s in the secret and other similar books , it doesn’t tell you that you can be or do anything , it tells you to start small it even said in the Magick cashbook to not to buy a lottery ticket while doing the rituals , I’m also amazed how for years I asked for help from the universe and never felt anything and in my second evocation I felt the presence of the demon ! I’m yet to get results but it was a good start !

Haha we do live upside down south is cold , north is warm😂

At least your space program saves a fortune on fuel, you just gotta untie the rope that holds the spaceship to the planet.

Matey, angels, demons and astrological correspondences don’t exactly fall into the generally accepted definition of scientifically objective reality. Actually, if you started examining the deeper views held by some scientists, you’d be surprised and how spiritual they sound. Isaac Newton translated the Emerald Tablet (

that’s where the Law of Attraction’s “as above, so below” comes from

) and studied alchemical symbolism. Just about every advanced thinker of his time had at least an inkling that the mind is a serious, if not the only, force in this Universe

Fact is, you can literally be, do or have anything provided you authentically realise you can and detach from perspectives to the contrary. You’ll come across this even in some well established occult texts but it tends to be obfuscated by all the ceremonial rigmarole. The demons are real, so are angels, fairies, pixies and elves: you have no idea how real your imagination/consciousness is and how big your “head” is until you fully experience it for yourself. This I can assure you of. The so-called failures, successes and trivialities of life are nothing more than consciousness objectified–literally.

The reason you feel the presence of the demon more strongly is because it is easier for the imagination to hook on to a form with persona. A vague concept like the Universe is not as easy to handle for some because there is a predisposition to the common habit of wanting someone to help you. That’s where rituals are so powerful: they mostly work with your general beliefs while leveraging your imagination and minimising the influence of your ego. That said, the demons are real and imaginary: just like you.

Still, enjoy your working. The only reason I’m encouraging you to hold the Law of Attraction ideas and Neville teachings is that they’re the reason magic actually works.

It will help you no end to keep them in mind.