So when I was little Every time I went to a church it seemed like something may have been following me the first time I heard about it was from the pasters son who said he and a friend seen it in the churches window.

I never seen it but I was terrified of it and to go down that hallway alone. The pastor said he seen something and got rid of it.

Fast forward a few years we moved and I was forced into a new church, this time I always felt watched when I went to the basement (where Sunday schools and what not were at)

What do you guys think was it the energy of the church the entity was siphoning? The second church I believe I was the only one to notice although my brother might have noticed. (We were both gifted him clairvoyance and me Clairsentience)

Try looking under the Vatican.

For the record, don’t astral project there. It’s not safe. Just making sure you know it was sarcasm.

Underneath, you’ll find truth, but the truth hurts.

Have you ever heard of a Kyrkogrim?

The church grim is a guardian spirit in English and Scandinavian folklore that oversees the welfare of a particular Christian church and protects the churchyard from those who would profane and commit sacrilege against it. It often appears as a black dog but is known to take the form of other animals. The English church grim usually takes the form of a large black dog and guards churchyards from those who would profane them including thieves, vandals, witches, warlocks, and the Devil himself. In...

It used to be a common practice in Sweden to bury an animal under the foundation of a planned church in order to protect it. Commonly the corpse was a dog or goat but it could be anything that used to be alive, including human criminals. From the Wikipedia article it seems like the English and Danish also did this, and there’s even belief that the first person buried in a church yard becomes the churches’s protector (second link). There is still believe of ghosts and spirits in churches and whatnot, especially in churches that bury the dead. I guess it depends on the church denomination, some churches in my experience have a less spiritual feeling than others, and don’t know about older myths.

Anyway I thought of this because there are a lot of spirits that will be hostile to people in general, and energy from some churches are indeed slightly hostile. A lot of peaceful energy, but also hostile undercurrents in a lot of them.

There is a church close to where I live that the bible sits on the altar if you try to carry the bible out it gets heavier and heavier til you have to put back no one makes it out with the bible.

Also one night me and some friends went drive around the church for shits n giggles always hearing things happen when you drive around it.

I was with my cousin in his truck as we went around the church his locked tool box flew open
And the car infront of us the radio stopped playing and then it stalled out…
I don’t know what spirits or what are at that church but now they have security cameras up so you can’t go investigate at night anymore.

Is anyone familiar with the fake lucifer?

Maybe you should tell us?

One night I was home from work. I was watching a video about what is underneath the Vatican in their tombs and vaults. Lucifer, the real one, appeared to me and showed me visions of powerful parasites. The lucifer the Christian’s know, is there, the fake lucifer kids are taught to be afraid of. He is not weak or alone. I saw the previous Pope’s that are dead walking stiffly staring upwards at the sky, trapped in the hell they put themselves in, being drained and enslaved.

They kept pagan idols, pagan artwork, images and cathedrals dedicated to lucifer under there too, according to the video. In fact, let me send some screenshots into this thread. 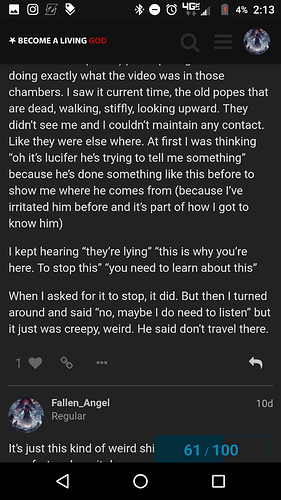 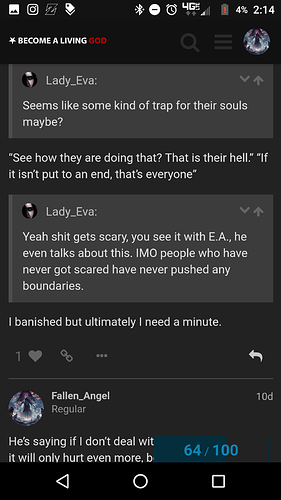 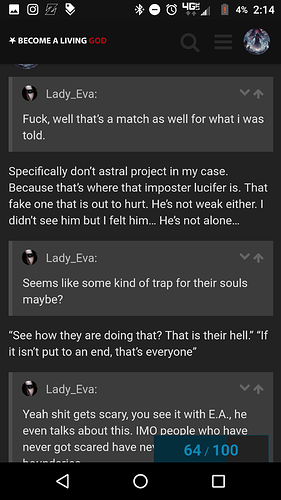 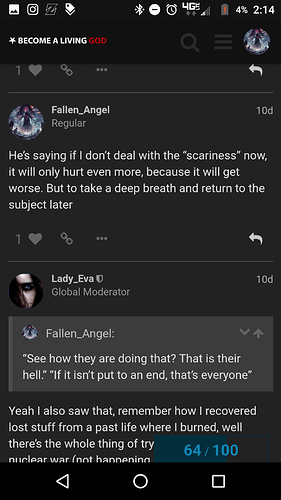 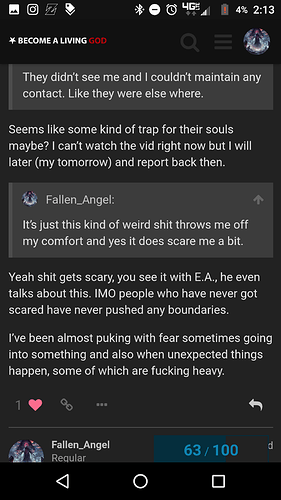 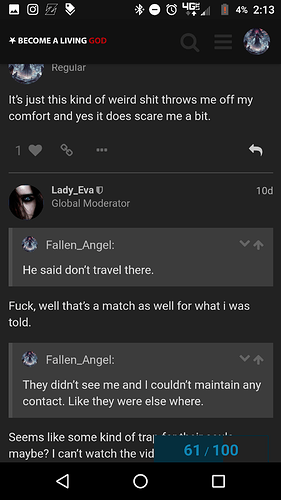 The fake Lucifer is under the Vatican?

would likely have to scout and plan that out quite a bit first though.

Yes cuz your gonna have to go to Rome and all

I think it’d be an adventure though

The fake Lucifer is under the Vatican?

sounds similar to the zorastian egegores that are targeted in the later (as in potentially years later for the individual practitioner) work of black magick of ahriman in the rites of spirtual warfare.

The lucifer the Christian’s know, is there, the fake lucifer kids are taught to be afraid of.

How funny I was just thinking about this earlier today (at church actually). The sermon was about Satan… and how he hates us and wants all these horrible things for us.
So I sat there and thought half to myself, half to Satan… the real one, even though I have never really spoken to him before. “Is that true?” Then I heard someone say in my mind “Ever heard of egregores?” I felt so dumb why had I not ever thought of that before??
And as this man was up on the stage, spewing all of these things out of his mouth that he knows nothing about, and all these people believing and clapping… I realized they’re really creating a monster…

This fake lucifer sounds similar to religious egrogores ment to serve the causes of that religion. In Bmoa one of the last set of rites in the book is to consume the egregores ofbthe Zoroastrian faith. One point to remember is just cause they are egregores does not mean they do not have power. They have been fed of worship and fear for a lonnnnnng time.

That’s exactly what they are except they now can think for themselves.

They have been fed of worship and fear for a lonnnnnng time.

What does this turn into?