Need to see it to believe it? See auras in 15 min!

If you have ever wanted to see and read the aura this is how to do be doing it in 15 minutes no joke! 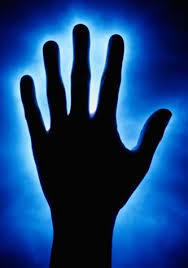 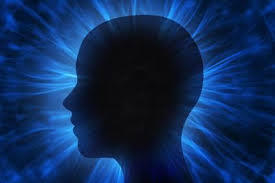 Simply go over by a white wall, hold your hand up and imagine you are a cartoon. The black boarder of your hand if you were a cartoon is where you want to look. 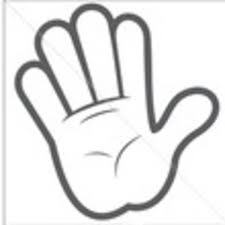 Gaze off the side of your hand and relaxing your eyes as much as possible. After a few short moments of maintaining this relaxed gaze on the boarder of your hand a luminous radiance will​ become visible all along the edge of the hand.

As you get stronger at working at seeing the aura the more you will see and after a while you will be able to distinguish a person’s emotional mental and physical state by the way their aura looks.

I first developed the cartoon hand method when I was a child. I used to see auras and I didn’t understand what I was looking at so I assumed oh it’s my boarder just like a cartoon. So I went to my parents and told them hey look at us we are cartoons! My parents said oh what an imagination and left it at that. Only later in life did I remember what it was I did. I was in a discussion with my aunt about auras and when she described it I suddenly remembered it as we are cartoons.

I later taught several friends how to see the Aura with the cartoon method. My friends were shocked that not only was I not crazy but that they themselves were able to see it just by changing the focus of the eyes.

You see our eyes are actually taking in far more information than our brain retains after processing. We only actually perceive a small amount of what we see with the eyes. By simply becoming aware of what we are not normally focused on we are opened up to a world of being able to see the vibrant colorful energies of life! Cheers! 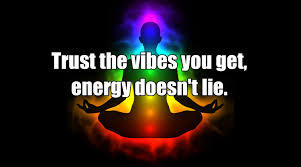 75 Likes
Anybody proficient at seeing Auras?
Having faith in yourself and the Magic
Seeing things after meditation
Help achieving targeted, time-bound real world results
I was wondering to ask where to begin
Some beginner advice
Thoth Evocation Success?
Introduce Yourself To Members Of The Forum
How can I contact with King Paimon? I tried a lot
Breaking fears of opening up to demons etc
Help to see spirits?
Looking for more intense methods to open my third eye
Psychic Development for the Magician
Want to know what color your Aura is? Post your picture here
How could I do in this midnight?
Rahnoren March 26, 2017, 10:54pm #2

I can see a glow. Gold, to yellow, to orange/red. Very faint. My lighting is bad however. Took 10 seconds.

Of course the colors don’t mean anything to me, so I’ll Bing that one.

Its one of those facepalm things isn’t it? So obvious yet out of reach through ignorance or disbelief.

You are on a roll today man!

Thanks it feels good to be able to put some info out there and see people getting immediate results! It’s a godlike feeling

It worked out for you?

This technique is exactly the same as in Nordic shaman tradition, when one is training to use ones haug, spiritual sight. Instead of the hand one look at the treetops and slightly in front of it. This way you tell us (using ones haug) one can see the energy of trees, stones etc. Thanks

Although I used my haugauga (spiritual eye) for more than 15 years I only see white energy and different patterns in it, like a white beam when someones energy fields are ‘bleeding’, darker white or more black if someone is sick etc

Huh… Well, now I know for sure that I’m broken, my aura is whiter than white

thank you man!
gotta try it on every person that i will met to master it too

Sooo… my aura is the color of a blackish purple bruise… should I be concerned?

That’s because of your emotions…

Ok. Good to know I’m not about to die of a heart attack or something lol. Guess my depression is still going and I just dont feel it at the moment.

Okay, according to this my color is a very weak/pale yellow, but interrupted? (My vision is pretty bad, tho. Don’t know if glasses might distort the result)

Try it with the glasses and see what happens.

Nice guide. I got it to work after a few attempts, kind of faint but enough to make out a light red/rosey yellow.

So you need some help hearing spirits? If you liked this one give this a shot, try and see if it doesn’t help.

I decided to go ahead and cut and paste some of my psychic development methods in it’s own thread as to not have to keep sending it via individual PM. I will start this off with the Original Void meditation. It’s what I have developed it to be the best sort of universal meditation to get you in the “zone” from where one can astral travel, spirit eavesdropping and many other activities one needs to be in a theta state. Binaural beats can be used to enhance the meditative state. This is it, thou…

I see auras but it takes some focus…and an actual desire to know.
On a side note, I don’t like orange auras.

Yes, I’ve used that one a few times. It definitely helps with getting into a deeper meditation but I haven’t totally been able to tap into the hearing except once when I wasn’t even trying at that moment. I get a lot of static and ringing in the ears though when in that deeper state of meditation.

There you go! You were trying too hard.
Be calm relaxed and allow it to come to you. The less hard you try and the more open and receptive you are the more successful your operations.