Need some incantations for the planets

It was not in the original 7… from my research this and pluto are just so far, and their rotation is so widespread that its affects are hardly ever affecting this planet. It can be conjured of course. But we can use thr closer planets more freely and interchangeably due to their more consistent rotations.

But I agree it can be used. I just personally dont need it

My intention with the Uranus post was both as a serious suggestion, and for being a bit sarcastic about it’s unintentionally funny name. If it wasn’t mentioned in the original 7, then it’s perfectly understandable, too.

Who knows what powers is harvesting Uranus? It’s a fascinating thought.

Uranus, neptune and pluto are not in most classical magick systems cause they were not discovered until fairly recently in comparison to the traditional planets. At least as for as astronomy and traditional astrology are concerned. With all the stuff that pops up in archeological finds i wouldnt be surprised if something referencing them showed up.

On a seperate note

from my research this and pluto are just so far, and their rotation is so widespread that its affects are hardly ever affecting this planet.

This seems like a theory to be wary of cause of the limiting idea of a planet or stars influence.
For example the stars that make up the astrological constellations are not part of out solar system but the forms attributed to them have had far reaching effects.

Another Algol has popped up in the work of a few people with good results. If i remember right EA brings it up in one of his lecture videos. 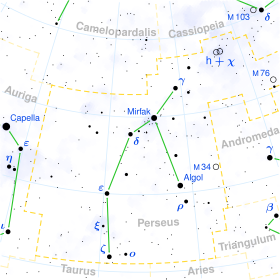 Algol (/ˈælɡɒl, -ɡɔːl/), designated Beta Persei (β Persei, abbreviated Beta Per, β Per), known colloquially as the Demon Star, is a bright multiple star in the constellation of Perseus and one of the first non-nova variable stars to be discovered. Algol is a three-star system, consisting of Beta Persei Aa1, Aa2, and Ab - in which the hot luminous primary β Persei Aa1 and the larger, but cooler and fainter, β Persei Aa2 regularly pass in front of each other, causing eclipses. Thus Algol's ma...

Algol is hebrew for alcohol.
Thus, being a link for working on drunk persons.
And Boy, i do that a lot.
I could say Algol is almost as importend in my life as Azazel, Lucifer, Sandalphon, Marbas, Lilith…
The sheer fact that half of the people i meet during my day are intoxicated by alcohol…

Yaah, just another reason to love my job and the power it provides.

To your question regarding Uranus Powers.

Oh, plus i did a working to alligne myself with Uranos.

Those are the abilitys i attribute to it.
however, if you want a more public version:
http://www.theoi.com/Protogenos/Ouranos.html

Uranus (also known as Ouranos or Caelus ) is the primordial Greek god of the sky. He is the son and husband of Gaea, father of Kronos, and grandfather of Zeus. From the beginning of time came the Goddess of Earth, Gaea, and later came the God of Sky,...

a Side note:
Look into http://www.newworldencyclopedia.org/entry/Varuna
.

Any on Neptune please?