Need help - Is this a demon pulling me through astral projections? What is going on?

I’ll try to make this a short story.

Then wierd stuff started happening
Everytime i tried to go to sleep, my body would get paralyzed quickly and i would sense something i percieved as danger in the opposite direction of my vision, i tried very hard to get a look of what it was, really had to push myself to turn my vision into the right direction, when i finaly managed, the part where i percieve the danger is completly blacked out from my vision, it feels like i was to scared to percieve what was behind what got blacked out, and as i just managed this i heard a voice so fucking powerful “screaming”*
(it didnt sound like a scream, just like it was talking aggresively, but very loud, the decibels of a scream but not the sound of one, if you get what i mean)*,
to the point of echoing inside my head of how loud it was, it said

“DO I NEED TO REMIND YOU ABOUT…”

At this point i interupt it by trying to scream “die bitch” (yes i know very silly, it was in the moment of heat), i could barely get the thought out, and a weak “bitch” surfaced, non the less the voice got silent and i did not get to hear what it was trying to remind me about,

Now i have had this problem for the whole day, as soon as i try to sleep, my body gets paralyzed, i try to resist it, but something is pulling me towards this state of being, and once paralyzed, all sorts of wierd stuff happens, it’s like im inside my room like normal, except my body is just laying there unable to move, and i can turn my non physical head around, move a non physical arm etc, so i think this is some sort of astral projection state, however, its not voluntarely and everytime there is some spooky shit going on,

I also had a couple “rounds” of going in this state of the body falling asleep but not me where i tried to punch the thing, it would be like trying to connect two opposing magnets, my punch would get weaker as it was getting closer to the target, and eventually i cant even move my arm any closer,even tried using my second arm to push it further, to very little success, i did however connect a very weak punch and it felt like it crushed something(was behind me so i couldn’t see what it was), the response was something grabbing me by the foot that i could not sense or see,
(i understand now that it was really retarded to scream “die bitch” and trying to punch it, its obviously of the chart more powerful than me,)
anyways i can’t sleep!! im so fucking tired, i dont want to get caught in this inbetween land where im still in my room and it doesnt feel like im sleeping while all this crazy stuff is going on, I really need help

to not make the thread to long about these wierd little experiences i get in this state of being,
Does someone know what is going on? A friend told me this could be a succubus, is this really charesteritics of a succubus or is it something more malovent? What should i do?

All input is greatly appreciated, sincerely

What should i do?

You should take yourself along the magic rainbow, and introduce yourself properly to the forum so that we have an idea of where you are coming from in magic and how wecan best direct you, and also because it’s just a general forum requirement for anyone who wishes to post, reply, ask questions or send pms. 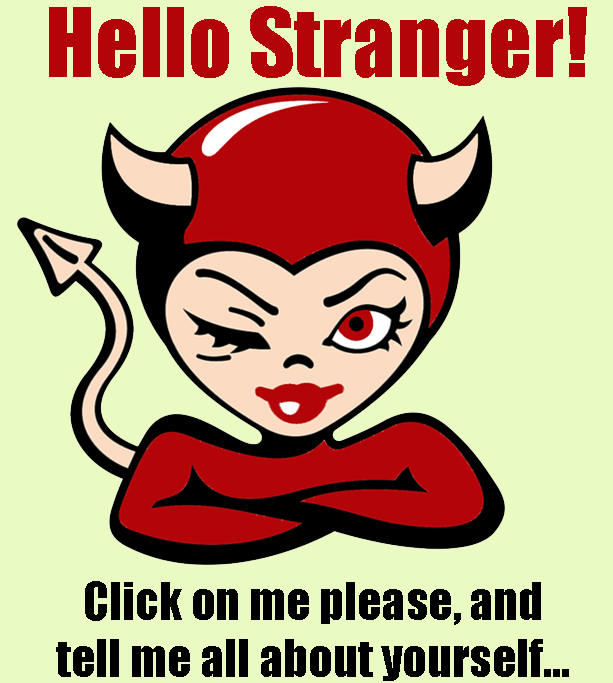 Edit:
If there is some type of bennefits i could get from interacting with this entity, that would make me very interested in magics i suppose

Also i guess im kinda interested in some types of magic, since i practise telepathy and teleempathic abilities on a regular, but i dont know what you guys really mean with magic, i thought it was mostly reffering to entities, unsure

As in, you didn’t ask an entity for one, or for a familiar or anything like that right? If you did, it’s rather simple to just go back to the entity you burnt a letter for or whatever you did and work backwards on it, asking them to take it back. Won’t swear that’s 100% of the time, but it’s the place to start in that case.

If it just showed up one day, and you didn’t ask for it… ask it to leave. If it doesn’t find a banishing routine learn it and use it twice daily till it leaves or it becomes clear that stronger actions are needed.

There’s a billion things so, pick one that will work for you and try it out.

No im not 100% positive its a succubus, it was merely my friend suggesting it

Yes i did not invoke or anything with this entity.
It seems like alcohol intake triggered it.

Do you think this could be dangerous? Also it saying “do i need to remind you about” seems to me like its been there for a while but maybe not so aggressively? At one point in my life a few years back, i got possessed and couldn’t control myself and made a fool of myself, that is really hurting to this day, maybe its reffering to that

It sounds to me that you are attuned to the astral state and your “emotions” creating things! I am not saying what you experienced wasn’t real but I am saying your state of mind brought you there…
The astral is a sensitive plane so your state of thinking and emotions affects what happens as soon as you enter it!
What you need to do is meditation and strengthen your will! Saying “die bitch” to the scary entity is actually a good thing for you, believe it or not!
You need to understand the astral rules, it will ease your mind!
If the entity doesn’t manifest on the physical then you are fine! It’s not powerful.
Work on your astral body to travel to the astral with ease! Then you will get a clear view of what’s going on! You should realise how powerful you can be.

Also it saying “do i need to remind you about” seems to me like its been there for a while but maybe not so aggressively?

Doesn’t really matter if you don’t want it. It’s probably not parasitic in nature, doesn’t mean it doesn’t need to go imop. Just like friends, you should be able to choose which spirits stay or don’t.

Wow, thank you! This makes sense.
Maybe the entity is just testing me/preparing me for being able to travel the astral plane then?
(if its not completly made up in my mind, in which way im testing myself i guess? XD)

I will try to embrace this and try to leave my room and see what is going on
thank you tons!

The only thing that would suggest the entity could be powerful is when i tried to think “die bitch” and my “mind”/""“brain”""" would not be able to make the thought, it was like it had override my ability to think, and i had to push the thoughts out, and i only got half of the “die bitch” as in “bitch” out in my mind,

the second thing is my cat started biting me like crazy, something she have only done once or twice and not unprovoked like this, so maybe the entity was messing with my cat too?

Do you think these are signs of powerful? or are you reffering to things like pulling my sheets down i mean like real sinister stuff?

Entities plays mind tricks on beginners trying to astral… so many gets crazy shit experiences on the starts until they realise they are more powerful than just a human! Then depending on their vibrations nothing messes with them anymore!

Ignoring the presence of the entity… by your own admission you’re entering the hypnagogic state quickly and easily. You can use this to launch into a lucid dream, OOBE, or astral projection if you learn to separate from your physical body, and it sounds like you’ve (at least partially) achieved that.

There may or may not be an actual entity involved. The hypnagogic state (sleep paralysis) is often accompanied by sensations or experiences that evoke fear and terror. Some people report demons/entities trying to pull them out of their bodies. In others, this is the state where people experience the typical “alien abduction” scenario.

Generally as long as you are aware of/expect sleep paralysis to happen, you can overcome it. If there’s an entity you feel close to, chant their name and invoke their presence when you feel fear. You can also chant the name of God, Jesus, or whatever. Doesn’t matter if you believe in them or not. Just centre yourself and understand this is a natural phenomenon of the human body. Note I am not denying it as a pathway to experiences with spirits/demons/etc., just stating that sleep paralysis is a well-established phenomenon.

If you want to leave the hypnagogic/sleep paralysis state quickly (personally I wouldn’t, as it’s a very easy leap from there to astral projection/OOBE/lucid dreaming), I suggest that you consciously switch to manual breathing. Start taking very deep breaths. This will alert your brain to the fact that your body is actually awake, and bring you out of paralysis.

Also, read The Phase by Michael Raduga if you want to make good use of this.

It’s kinda crazy for me to think about this like astral projecting,
this is something i’ve done for a while, sometimes i just go to the kitchen or whatever, then come back to my bedroom and lay down in my bed again

But i always thought this was lucid dreaming, more than astral projecting,
Now it seems utterly silly to me that i have not explored anything when in this state!!

I always wanted to astral project but never took the time to learn it, because i thought it would be to hard for me to be able to learn properly, it just feels so wierd realizing that most of these experiences probably was it all along having these thoughts lol

Thank you tons! time to empower my psyche and i will try to go to sleep again and see if i can explroe it since it seems to been the theme of the day

Hi, where can I find out more about astral rules?

Robert Bruce explains the astral well enough but you can find others if you look! No one summarise them in one place… I basically figured them out from reading experiences and trying them out!

Thanks, I’ll take a look.