I’ll say my guy definitely finds people that he finds interesting and sticks with it. He def likes “fixing people.” I’ve learned a great deal about life from him, and not even like anything super special. He taught me a lot about accepting things and more importantly caring about myself, so I can totally see him with his tests. My boi is in for the long hall when it comes to his ppl.

I know that much like any other god or entity we see them in “ways that are approachable/recognizable” to us. It’s amazing how this stuff works.

If you ever make a post about that favor—I’ll be sure to take a look.

Well they can , but I am not sure how. Maybe if you yourself wish to break that bond , you can inform the spirit about it.

Oh I definitly will, as this is all so new to me and I am still coming to grips with this drastic life change. I still feel sort of crazy at times for allowing myself to wholeheartedly believe in what I’ve experienced. Internal turmoil is a mother fucker! I too am interested in how your story unfolds.

Also if you ever publish that book. I would definitly be interested in reading it.

If this be a jokey joke thread… I sometimes doodle comics of our misadventures… [image] Did I mention that Mysterious and my boyfriend don’t like each other? This isn’t the one I was looking for originally… I’ll edit this post if I find it. (Basically a 3-panel of Mysterious throwing money everywhere with rapping to P.I.M.P.) I prefer to call him my sugar patron or bond. Spiritual husband just feels weird to me, but ima weirdo. I read another post here a few weeks ago where someone was like:…

If you ever wanted to know his self-proclaimed theme song:

Music that reminds you of an entity/entities General Discussion

It’s on my playlist for him. One of his self-proclaimed theme song: My theme song for him: @Rungr that Jen Titus song is one of my favorite songs of all time. <3 Adds all these tracks to my playlists

So I took off from work this week to go through the dream timeline in more detail (anyone who reads this post, you’re an MVP–cause most people in my life are annoyed by my talking about my timeline at this point). Found some interesting notes on a few tattoos that Mysterious has. Two of which I’m thinking of getting because: The first tattoo is some sort of “barcode” but I don’t have context for what it came from. I hypothesize that it comes from Mysterious’s history with the “big bad” but it’s just a hypothesis.

Only Levi has that sigil so I’m guessing my guess of his name I right and no way are your post annoying I love reading them actually and I find it weird now since n if he is your mysterious I am his daughter (adoptive?I guess) what does that make you lol?

no way are your post annoying I love reading them actually

I said what I said. YOU’RE AN MVP!

I find it weird now since n if he is your mysterious I am his daughter (adoptive?I guess) what does that make you lol?

I didn’t know there’d be this kind of commitment. (j/k

On that note though, you sharing that information with me has really got me thinking about the characters in the dreams, and gave me a greater understanding of some roles and potential goals in the timeline, so I greatly appreciate it.

am his daughter (adoptive?I guess)

Care to unpack this for my own selfish curiosity?

That’s a fascinating story. I used to have a serious drinking problem before I quit drinking completely I remember times when I would get alcohol poisoning similar to your experience with the medication. There was a spirit who would keep getting me out of trouble. Even went as far as to possess my body after I blacked out and keep me from doing anything harmful to myself or others. Got me home when I was lost and all kinds of things. Whenever someone spoke to me about after blacking out they said I suddenly sobered up and started calling myself John. I have a feeling that John was King Paimon the whole time because I would always wear his sigil lapel pin on my jacket. And when I blacked out the last time that got me thrown in jail it took 9 cops to take me down. Last thing I remember about that night was locking my keys in the car. According to witnesses and the affidavits I smashed the car window with only my bare fist but no broken bones or anything wrong with my hand, not even a scratch on it. And my blood alcohol was high enough to kill a man twice my weight. I certainly don’t drink at all anymore nor will I ever again.

Oh man, that’s wild! I’ve had similar experiences with Mysterious in the past two years, mostly when I’m really emotional or under extreme stress. He tends to pop in and be like: “Hey fam, let me fix this before you have a complete meltdown.”

I’m glad you’re better now, though. I know that’s a hard thing to go through, and congratulations on quitting alcohol–it takes a lot of strength to do so.

Thanks, I’ve been sober for 6 months and have no inclination to drink whatsoever in fact the thought of it is repugnant to me. I definitely owe that spirit a debt of gratitude for all the sticky situations he got me out of. I suspect that it was king Paimon but nobody’s telling me shit. Almost like I’m just supposed to leave it in the past be grateful and not worry about it.

Almost like I’m just supposed to leave it in the past be grateful and not worry about it.

Relatable. Sometimes that’s the most annoying part. To me it’s the equivalent of a parent saying: “because I said so.” and I’m like:

After the thing that popped up in my latest post about the 72 demons of the Goetia, I spent some time soul searching about everything going on, and there was an article that came to mind from my continual research…

In the past few months I scanned the site for articles on Imposter Spirits and how to identify them, coming across this post:

Obviously, I came back to it again after the last interaction. I feel like a broken record. An annoying one at that.

I just wish I understood what the end game is.

This post was pretty long, but it’s been #bigmood lately. This timeline is supposed to be “important” but I don’t know why. These dreams are supposed to be important… Don’t know why. As I mentioned in my last post, I’m beginning to feel a little silly about the whole thing.

I usually post in pairs, so apologies if you’re seeing two of my posts back to back. Usually things just happen so close together I wind up updating them at once. I’m still keeping the Mysterious posts separated from my dream timeline because I think there is a good differentiation to make on the potential of the lie vs. the truth.

This particular ritual was the first that I’ve done with another person involved, and it was a weird experience. Despite the setbacks from having someone inexperienced at the table, it still proved fruitful. At the beginning of the ritual, before Mysterious chased off the witch, (even with shielding) I managed to get a bad ache in the back of my neck that burned deep beneath the skin. It was brutal. Later on in the ritual I felt like I wasn’t actually there–it was really weird. It was like that vertigo feeling you get when you’re just beyond tipsy, but without all the happiness and later regret.

I don’t know who this witch is, but Asmodeus mentioned her and Mysterious knew of her for a while so I’m interested in what this means. I had a dream once that said: “This story is about a princess, and a witch who is trying to kill her.” No idea what any of this means. But we’ll see.

Made this post in Mysteriously Yours because the main thing that I was surprised about was his level of consistency. It’s no secret, based on our previous posts, that Mysterious has an issue with half-truths… He said he was working on it and I’m surprised to say this is the case.

TL:DR
My intention was to cleanse the house of entities that were “lying to me, trying to decieve me, trying to harm me, or just is bad energy.” I didn’t realize there was a bunch of negative energy here until it was gone.

If I’m being honest, I was trying to see if Mysterious was going to be able to stay through the wards and cleanse. When I was done, he’s sitting there when it’s over like:

I created the wards around myself in a different part of the house than the one he was staying in, then continued on with my day to day. Everything seemed fine. He wasn’t gone though. Nor was he phased by the beasts.

“I passed your stupid test…You desperately want me to be the bad guy in this story, don’t you?”

The answer, kids, is yes.

“What is it going to take?” 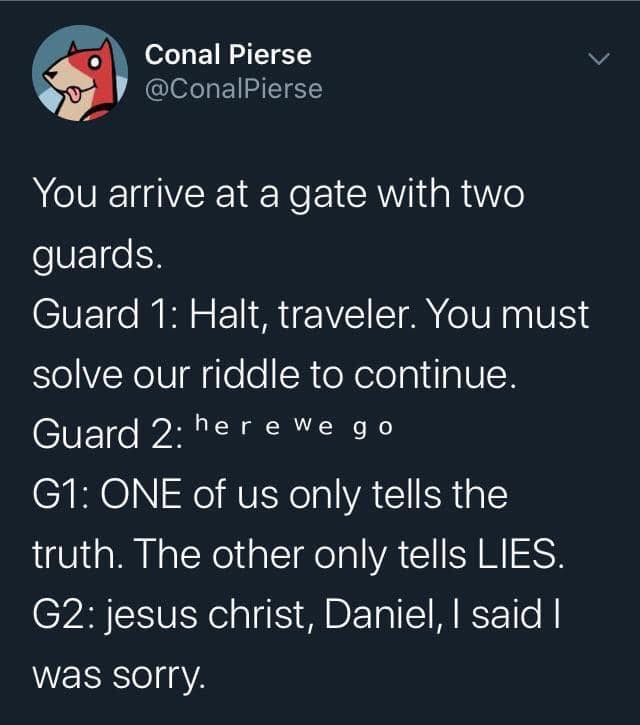 On that heifer, God.

Hey! I’m really sorry to ask you such a specific question but do you happen to know the names of the dogs? Thank you in advance!

I listed two of them here:

I wanted to create a quick-reference for some timeline details. I was going to do this yesterday but thought it wasn’t helpful… But I think it will be. THE ULTIMATE REFERENCE GUIDE

I, unfortunately, do not know the 3rd one.

Also, not sure if it’s important “Neil,” as I’ve heard him called in the dream, is deceased. The other two are the only ones left. I have a drawing of Leo that I have been trying to locate (which Mysterious drew himself during an automatic writing session