My whole Story (Rise of an Empire)

So about 3 1/2 to 4 years ago I met Azazel. I won’t go into all the details of that here you can read posts under my old and locked accout Eye of Ra.

After I met Azazel I found this forum. A little time after that alot shit went down. I for thought I was being attacked. Azazel, whom I had been very close to just left. I felt and sometimes still feel like I was being attacked by more than just some arm chair magicians. I saw magicians in several different locations doing rituals and I was very new to magick at the time…
I could also tell that there was trouble between groups of magicians. Why I dont know maybe they just didnt like the other having success. Maybe they didnt like that ones plans… Fuck if I know. And really dont care, except that somehow I was tangled in it.
During this time I was having all kinds of visions and no I was not on drugs. I saw alot things happening and I stopped. And I shut down whatever was going on magickally at that time. And I know I did. I just wanted it to all stop. But I was pushing against others magicians so it was clearly a battle of some sorts. But I stood my ground and so I’m still here to tell my tale.

For a while I refused to do magick. Almost through all of my stuff out. Shattered a black mirror. I was walking through hell. But I survived because I always do.

Since that time Ive spent my time helping others, my magickal friends with benefits groups, advice, sometimes losing my temper

ok ok alot losing my temper. Always researching and learning new things. Trying to be helpful and supportive to anyone as long they treated me in a nice manner.

My visions continued to get stronger, I did work like the golden eggs of tiamat that you can search. I did the goetia workshop, and book study groups. I’ve worked and worked hard plus having a family and full time job.

Back last spring and summer I had some great experiences with Set, and Lucifuge.

I also through magick found myself in the qlippoth. And in Draco. Being there was like waking up. Like I was remembering things from long long ago.

And realized at some point this had to have been home …
I also had a wonder tea party there with the 72 goetia demons. And you can read about that under memoirs of a goddess.

Now early January I found a gate in the Taurus constellation, I knew it was my gate and I would open it. And even amongst all the covid 19 craziness I did just that . I opened my gate. I had wanted to be in the desert with friends for it. But I’ll be damned if anything will stand in my way once Ive made my mind up to do something. So I did it.

Now my birthday is may first a lovely day. Waspurgasnatch. (Sure I spelled it wrong)
The darkest night of the year April 30 to May 1.
My Vedic astrology reading is 3 Venus one sun.

Light from the darkness.

if I had to say I would believe it would connect to lucifer.

Now I opened my gate, stood on the pyramid and looked Ra in the eye. And I devoured him. (Yes I know I didn’t kill kill him) I took him into myself and gained a new level.

You can search Lucifers keys and how to build an empire and the Taurus gate all on here to learn more about those wild adventures.

So while everyone has been locked away in quarantine I’ve been building my very own empire.
The Draco - Tauri Empire. It’s been hard work.

I could have excepted defeat 4 years ago but I fought back. I could have let a broken heart stop me from opening my gate but I pushed through it. I could have done alot of things. But I dug my heels in and stooded my ground and then I pushed forward.

Now I know there is some beef between some magicians going on now. I know I’ve seen some things from both sides. But let me say this do not involve me your petty war. Either of you. I got no dog in that race.

Also do not ever force something on me again. I know something happened four years ago and weather it was an attack or just trying to make some changes come about it was bullshit to put me through that without my consent.

Once I took Taurus , Beelzebub looked at me said I need a name. That it was time to pick one. For some reason and maybe it’s all in my head but I have felt like people have issue with what ever name I pick. But damn I like the name Arianna. And it fits well with my birthday. So instead of trying to please someone else for once I pleased myself. Arianna the first, Empress if the Draco - Tauri Empire that I built. By myself.
Now let’s get this straight I know some magicians like to mock, mimic and take others work. If you dare try this with my Empire I will consider it an act of war. And I’m being as blunt and straight forward about it as I can be. Don’t lay false claim to or in any way mess with my Empire.

I have alot more magickal stuff going on right now, I have in no way stopped my work.

Some may believe me, some may not.

This forum has been my little magickal home since I first started out and even though other magicians may think they are too good to hang out here or whatever other lame excuse they have, I will be around. This is where I started and remembering that keeps me grounded. I don’t have to sell anything to be powerful. I’m powerful because I stand my ground and put in the work.
I’m an Empress because I walked through hell and owned that bitch. Because, I knew I could open my gate and didn’t let anything not even a pandemic stop me.
This is not the end of my story, this is where my story starts getting good

I still have alot of work to do.

And this is my story. Believe or don’t.

I hope you’re going to tell us more about the empire, because now I want to know more.

In any event, it is cool that you kicked the ass of whatever it was bothering you.

I have a republic, we could trade cultural goods

I have music suitable for IX degree operations 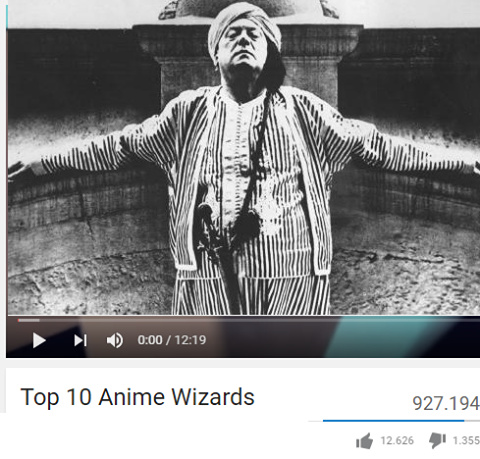 Hail the Empress! Thank you for sharing!

I knew you went by a different name and that I remembered you from a while back. Lol, nice to see you embrace Arianna again!

Thank you! It’s good to have my name again.

Can I come visit. I wanna see your master piece.

Online visiting and seeing other realms. Thank you

This is totally random but I just couldn’t stop my fingers to write a praise full text for you girl!

I’ve read your story more than 3-4 times it kinda pulls me idk why, and everytime I do it gives me goosebumps, and those songs you’ve posted after your story especially the “The little wicked” one, I was seriously imagining you in that song, while listening to that song after reading your whole story. It is truly inspiring!
You Truly are a empress!

You Truly are a empress!

I was gonna leave the forum a few weeks ago, but this this is why I stayed. If I am inspiring even one person its worth it to be here.

Music is a way for me to express how I’m truly feeling on a level that words alone just do not seem to be able to say. Music has been my therapy for a long time. And I love to share it.

I’m so glad you took the time to read and re read what I write. Look up my locked account Eye_of_Ra for more of my stuff. If you get the time. Memiors of a Goddess and Arianna’s journal have some interesting stuff.

Thanks again. Your post has really made my day special

I was gonna leave the forum a few weeks ago, but this this is why I stayed. If I am inspiring even one person its worth it to be here.

I think leaving for a while is great… As long as you come back at some point. I took a vacation myself from here for a while. May at some point in the future. BALG is family, methinks.