My friend is haunted by Andras

As the title says.

We’ve been talking over discord and they mentioned that they’ve been having visions. After further research we came to the conclusion that it was Andras, since the three visions each had traits and symbols of Andras. I recommended looking into protection due to how dangerous Andras seems, but I can do much since we don’t live near each other.

They’ve been seeing Andras following them around, and he won’t respond to anything they say at him. They told me that one time they tried candle magick and Andras told them that they should stop wasting his time.

I want to help my friend, so is there anything they can do? Is Andras trying to make a connection with him? And should it come down to it, would it be a good idea to try and contact/invoke Andras, even if they’re a beginner? Any input is appreciated

If that’s what Andras said to them then it sounds like it might be a parasite but he’s known for his sharp tongue as well.

What if you don’t mind saying are some of the signs they have been seeing?

I have the Daemon tarot deck and I have Andras in it. I’ll send you a picture of it in a PM 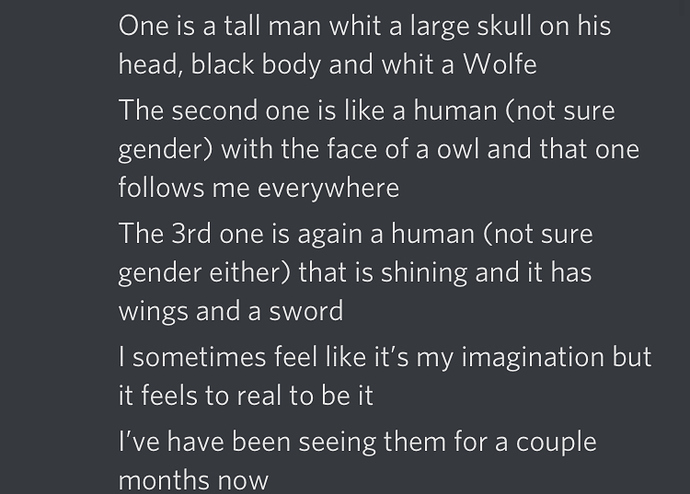 Most welcome hope it gives a little more insight.

Pray to The Archangel Michael

Angels don’t really like us, since we’re mostly focused on demons. Is it a good idea to call on Michael?

There is no feud between angels and demons. If you think Michael can help then call Michael. Did your friend summon Andras for no reason? This was a terrible terrible idea if that’s the case. He might want some sort of offering in exchange of his time loss. Now if it’s just a parasite, just banish a lot of times and you should be ok. Again if you or your friend wants the help of an angel dont hesitate. Angels help those who ask no matter who they work with.

Hello,I think this info about him can give you some insight,read carefully: 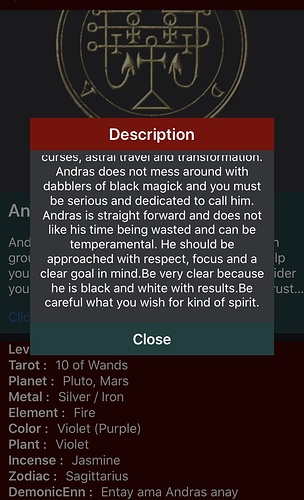 image750×1230 196 KB
If you dont call him for a serious purpose ,he is very advanced,My advice is just give him an offering and write a short petition like: Dear Andras,I want to apologize because I wasn’t clear what I want and for wasting your time,accept my offering and forgive me . It will be ok.
5 Likes
NailOH May 24, 2020, 1:34pm #11

Yup , call on him

Angels and demons do get along believe it or not. I know many who work with both. I have in past as well. Several above gave great advice I second.

this is a good idea. Dont be scared, if did wrong they can forgive you if you give then a offering, they can be hard sometimes but if you are honest, all be alrigth

Yeah he likes to test people. Maybe all this is a lesson for your friend. The sure thing is that fear wont help at all. He must calm down and then maybe the answers will come to him on their own.

Do a good banishing.It doesnt work? Consult a surperior.For example Paimons title is above Andras’.

Im the one who’s been haunted by him, can somebody give me a good banishing spell?

I sent you a PM. Just send him to me. I take him. I Promise

Some of us aren’t meant for angel magick. They don’t like me either, but demons do. If this is what you know to be true don’t give in to peer pressure. Not disrespecting anyone but it’s just what I have found. I saw respectable occultists like Koetting in his older videos talk about how great they are and then I found out the hard way it isn’t for me. I had to cut myself off from them
Edit: Also not saying people are pressuring you here. I’m just putting the advice out there if you ever feel pressured or that people are saying you’re wrong or foolish for not working with angels. It’s their right to say what they want, but you don’t have to believe everything they say either. It’s just something I kind of wish I could have told myself in the past, but I know I learned my lesson for a reason.