My Dark Night Of The Soul - Entering The Abyss

My Dark Night Of The Soul - Entering The Abyss. 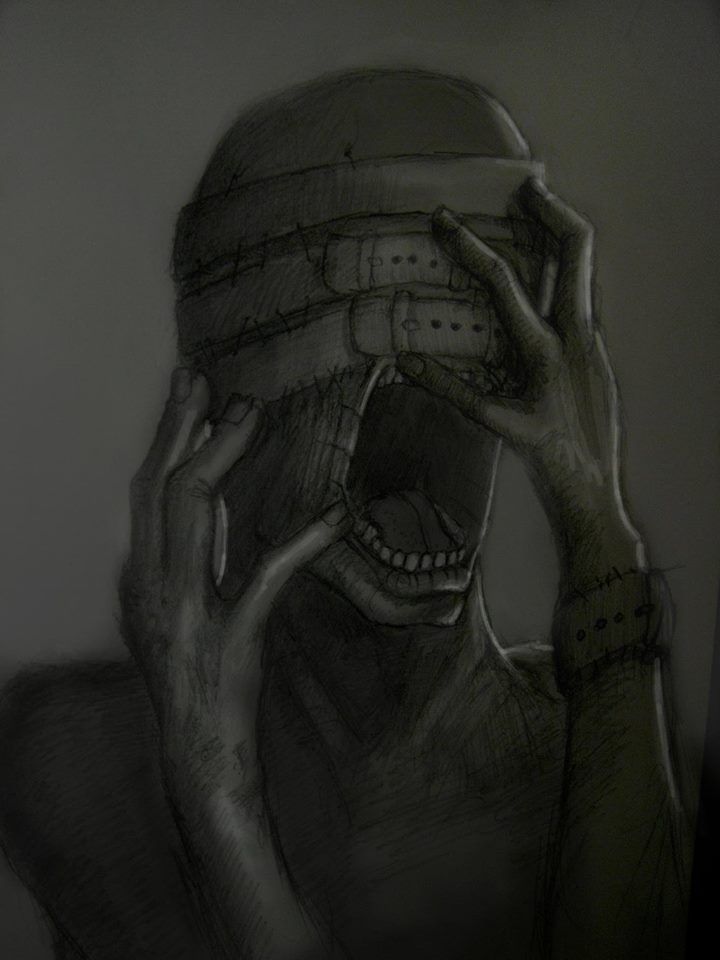 There comes a time where even consciously or subconsciously we enter the all encompassing darkness of the abyss.

The term abyss is fitting, don’t confuse this with hell or anything demonic or infernal.
It is the place of total suffering, torment, torture and darkness.

I soul travelled there, hearing the nashing of teeth, screams and cries.
No light nor form, a sense of absolute worthlessness and suffering came.
Insanity set in quickly, quicker than expected and I was forced to be tested.

The darkness would taunt me with the most painful moments of my life playing over and over.
Of my abusive father, my sexual abuse, physical abuse, mental abuse. As well as loosing my grandfather the only father figure I had, loosing my best friend to suicide.

If that wasn’t enough to try and break me, it showed me visions of lies to introduce worry and paranoia of my future.

Showing my child leaving me, saying I became like my father, seeing my friends all turn against me. Seeing my lover at the time leave me, to cheat and destroy me.

Showing horrible things too that are so graphic it’s best left unsaid.
The pain, torment and insanity in this abyss was excruciating.

As I returned to my body after the insufferable torture, I thought that would be it and that I faced my inner demons.

That darkness must follow you, it lingers on you’re heart and plagues it, it poisons and haunts the mind. My actual life descended into chaos, loosing everything.

These atrocities in my life were physical manifestations of the spiritual darkness I was in.
I didn’t know that I had already started my dark night of the soul, before consciously going to the abyss.

I was placed in jail by my own sibling, because i wouldn’t give her money for her drug addiction she went to the police with false allegations of rape.

There I sat in a cell overnight, depression took over me, extreme anger devoured me till the point of self annihilation.

I got out of there and I had evidence to prove her claims were false, mountains of evidence.
Just as I thought the worst was behind me, I turned heavily to alcoholism and began my drug addiction.

Sleeping with women that I barely knew, waking up next to a stranger with drugs in my pocket, empty bottles on the floor and no money.

I would starve and still I was alive, I wouldn’t sleep nor would I eat if I even could afford it.
My five year relationship withered away.

I reached a point of trying to kill myself multiple times, the last attempt was very close and I ended up in the hospital having my stomach force out the large quantity of tablets I ingested.

Laying in the hospital bed, alone depressed, stressed and angry.
I entered the mind state of emptiness, a cold dark shell with no emotions no ambitions or desire.

I stared death in the face and didn’t care anymore.

I returned to the abyss again and sat there absorbing the darkness becoming the pain and rage.

I became a sinister black magician, only focused with the darkest of practices.
Death and murder excited me, blood and pain became my main sexual fetishes, the demons seemed as if they were angels to me.

I was in cemeteries performing animal sacrifice, nearly naked in the grave-dirt insanity and a lust for power. Immediately poisoned my heart, I became comfortable in this darkness and saw no reason to leave it.

However I could feel that if I stayed, it would keep me forever and I would no longer exercise it’s power. I would instead be a damned soul in the abyss, a slave to this darkness trapped for eternity even after death.

So I gathered all the power I could, rose stronger than ever after my trials and tests.
I looked the darkness in its face so to speak, stating that I am who I am.

You do not decide my fate, no force, no power nor any god can bind me.
With the new found invincible strength, impenetrable being and awakening the power which had been lying dormant within.

I became the light of the eternal, not good, nor evil beyond all.
I shredded ego, detached from identity and rose to the highest plane of existence to become all.

This is the story of my torment and pain, through it I gained all I could ever ask for and more.

BECOME DESTROYED IN PAIN , BECOME REBORN IN STRENGTH, RISE IN POWER AND ASCEND.

However I could feel that if I stayed, it would keep me forever and I would no longer exercise it’s power. I would instead be a damned soul in the abyss, a slave to this darkness trapped for eternity even after death.

Your final test in the far, far future other place, time and lifetime. When you will find the Black Snake of the Pit and make it submit. (Sorry for other rambling).

This is a painful, cruel and wonderful story of your ascending.
Birth is painful, for Mother and Child both.
And even the little Nestling must to fight out himself of his shells, to the other world, “outside” the egg (the egg sometimes can symbolize our own ego, to me).
A Phoenix have to been destroyed before his rebirth.
And within (even) in one lifetime, we have to (re)birth again again.

No matter where do you take look, it is a fight, and very often your main “enemy” is inside you. It follows you everywhere, it lives inside you, breathing and destroys you; you can not escape from yourself, nor retreat.

Death and murder excited me, blood and pain became my main sexual fetishes, the demons seemed as if they were angels to me.

I can totally relate with these lines, and either way, all of them. Although I avoided alcohols, drugs and these kind of things (I simply knew they won’t help me solving my problems, even when I was very young), I felt depression several times, and I attempted to kill myself some ways (I cursed myself with cancer - our mind, our own being is a extremely dangerous force). But I got saved… again and again. And I burst out in rage, at first. But… just for some moment.

When I read your lines second time, I tried to take a look back in my past life, and I can tell you, our mind and ego can be easily turn into a destroyer, sheer hatred and fury, you don’t need to loss anyone. Sometimes it is enough, when you see you don’t have nothing kind, and love in your life, while you see others. You came down here, and no one is waiting for you, then click, the balance is rolls out under your emotions and ego.

Then you turn inside, and embrace the darkness, who was your strong, intense and loyal friend in every moment. People fear from it, and not just because it is so unknown, but because it can be so quiet. In the silence, there is nothing to listen, just their own words and thoughts. So they do, and finds the monster inside.

The monster they’re looking for elsewhere. The monster they escaped from. Then they realize, it is pacing up and down inside them from the very beginning.

I was a weird little child from my birth. Talked with dark figures, glowing red or yellow eyed entities who’re followed me. I tortured and killed animals, executed them as if it were ritual. I burned down things, and dolls’ faces, watching them burning and melting. Their distorted face.

…growing up without father, and true mother was a hard way, and only love is waited me nowhere else but in the darkness. So I became it, and then… I broke.

At this point (Y14) I realized, that I have to learn control these emotions, these thoughts, because… these are mine. And no matter what, before or after I’ll be the final victim of my sheer madness. I know, balance is an important things. Even the light can kills you, and things, lifes around you as well.

They’re can be destructive and constructive, both of them.

But the choice is ours, to decide: we’ll become both,
and then, way much more.

I’ve experienced some of that too. Well put.

I believe in some of us have similar experiences in their life. Past, present and we can meet with “it” in our future, who knows.

I found this song 4 weeks ago, but it completely reminded me of my dark childhood:


(But I won’t spamming the topic more things like this, my bad)

To quote Lucifer from some days ago:

You do not wanted to accept the feeling you wish for help, support. You rejected everything what could make you feel better. Did you think you leaved it behind? You didn’t.
Your hatred isn’t against people, but against yourself. You can be better, and will, but first, stop punishing yourself, and embrace your true being. Believe me, it will be easy. Let me it, and I’ll show you how really is it.

So yes, I’m still stucked in the same cage, and He warned me when I tell myself “I want to became better, and I enjoye this” - it was a lie. Because it was mixed with anger against myself. He knew it. I can’t accept my “weaknesses”. Even Abaddon told me, that I should change in this.