So early this morning I had this dream that I was in a house with someone else. It was someone I knew well but I never saw their face. As we were in the house these people were after us.
I had this secret place in my house. .that I knew the combination to the lock to get on “the other side”
It was like being in a different reality from where I was before I went through the combination locked door.

But on the other side it like a thin veil I could see through and I knew the people were trying to get through. They were using drills and stuff.

So I told the person with me that we needed to keep moving. And we ended up in some woods with the other people right behind us. So I started howling and calling the wolves to come help us. Which they did. Lots of huge wolves.

Next I knew I was sitting in a restaurant and at the table across from me were 2 people they were brother and sister and went to school with them and have known them a long time.

At first they didn’t speak to me and I thought they were being rude or something but then they said they weren’t sure if wanted them to talk to me.
Then the brother gave me a ring that had a heart locket on it … and when you opened it, it would fold out showing two picture of him when he was a child and the place for a third picture was blank. I thought it should be where a girl friends picture would go.

Then I saw myself in a casket … it was my funeral and I had the ring on my finger. And when he walked up to view me he noticed the ring. And he said "I can’t believe all these years she still had the ring "

I don’t know what to make of it

Could be just crazy dreams. …but it feels like there are some messages here that I’m missing.

The dream could signify a future situation of being “thrown to the wolves” so to speak and you’ll have to get through it.

Or, there could be a pack of wolves around you.

Better yet, those wolves are possibly the spirits you work with.

The Brother and sister could be those of the Infernal Empire you have a family like relationship with or your spiritual family like on BALG.

You In the Casket and ring:
Death and transformation.
Or it could be a Omen that you will carry a important secret or power with you to your grave and into your next lifetime

Better yet, those wolves are possibly the spirits you work with.

Azazel has been working with me on my shape shifting. And a whole army of wolves always shows up.

The Brother and sister could be those of the Infernal Empire you have a family like relationship with or your spiritual family like on BALG.

You In the Casket and ring:
Death and transformation.
Or it could be a Omen that you will carry a important secret or power with you to your grave and into your next lifetime

Right … and could actually be both

I think even the small things can be looked at too like the ring and the symbology of it and it being heart shaped and the color … gold.
(A heart of gold)

Then the fact that I knew how to get to the other but the others were having to force their way through.

Seeing a veil … and I could see through to see them but they couldn’t see me.

The woods … I’m sure there is symbology there.

And why did I never see who was with me ?

Interesting it was on my index finger 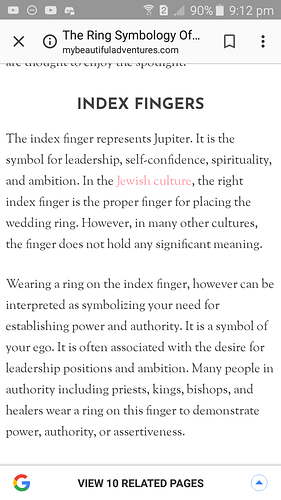 I’d agree with the spiritual relationship idea, perhaps ones that you’ve also worked with in past lives, hence carrying the memento through death, and them noticing (and being happy?) that you held on to the relationship at such a deep level.

I agree with what others have commented about the dream; I’ll add what I’m feeling too. That you now have the ability to navigate through realms easily and your access point is on the astral plane. I feel like you have a vortex of energy in your residence and I’m seeing colors of the rainbow around this too. With these gifts you can get out of some dangerous situations, which is good because I get the feeling that you have spiritual enemies who have sought you out though ages but you can shield from them. Have you ever used the herb Rue?

Rue? Not that I’m aware of.

Rue is used in ritual baths for purification in my spiritual tradition. Rue gets rid of negative influences and evil spirits. It’s also used to cleans houses and purge bad energy. It’s used a lot in santeria.

Cool … I look into getting some. I use florida water alot.