Was Moonwalk Really A Satanic Curse ???
Was Michael Jackson any kinda releated to Satanic Cult had any releation with Demons
Was King Of PoP a Satanist or what
"Let him learn to Move Backword "-Aleister Crowely

The guy was a living legend - weirdo but still - a one of a kind entertainer that changed history of music and showbiz.

He learned the moonwalk from street performers. He saw someone do it, paid him to teach him how it’s done and he improved it and made it part of his performance. As he said himself.

Christians and religious lunatics from all “faiths”, are spreading that nonsense to explain why God loves them, but they’re the most untalented unsuccessful losers in existence!

MJ had pacts with Demons, Beatles worshiped Satan. Street magicians work with devils etc Absolute garbage, but their sheep wouldn’t know the truth even if you hit them in the face with it

It obvious MJ had his connection with the Black Sun

Honestly I have no idea. There are all kinds of “black” stuff in black magick these days. I have no idea what a black sun is or what it does. Yellow sun is enough for me at the moment… 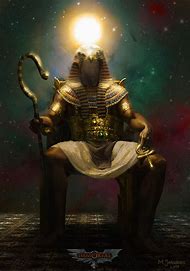 Just an unfortunate soul who’s music was way ahead of its time. People loved him, the media hated him for some odd reason. He clearly was a fragile person and the media drove him to self destruction.

Anybody rich and famous who are Hollywood celebrities or have earned their position on media platforms greatly recognised by the public are a bunch of high priests/priestess who are coerced into performing rituals and doing the dirty work of what they’re told to do. They are puppets.

MJ wasn’t so innocent, but he got involved with it too much, or rather, they got involved with him. “They don’t really care about us”, and him making the Jewish reference. They know that the Fake Jews who run the world also run a deep state cabal riddled in the darkest forms of the occult. ‘They’, meaning anyone involved in the deep state or Hollywood entertainment cabal.

This is not garbage, only history repeating itself.

This isn’t garbage, this is the perverted side of nature.

This is very silly. I can’t find the post from /r/occult but a month or two back a guy posted Crowley’s pic (the one with the thumbs sticking out of his face) asking his fans if there was some hidden meaning in it. This is downright silly and no points for guessing, but yes people gave wonderous descriptions of the hidden meaning.

Not every word out of Crowley’s mouth reeked of occult knowledge, he was a great poet and at best scribe of ancient knowledge.

King of Pop is King of Pop! Not everyone who becomes famous and rich has something to do with devil worship.

I really don’t think he had pacts with demons for his musical talent. I mean, he was singing and dancing since the age of five. In fact, him being raised as a Jehovah’s Witness, he was raised in an environment of shunning such things. That’s the reason in the music video for Thriller there’s a clarification given that the video doesn’t endorse a belief in the occult as he faced backlash from his community over it. However he later renounced it, so

Thank you for bringing logic and sanity to absurdity.

Not everyone who becomes famous and rich has something to do with devil worship.

And yet it seems so much easier for people to automatically assume sinister dealings than the idea that someone just might be very talented AND hard working.

True, discounting the talent of others and people attribute meaning when there is none taking pride in their intellectual capacities especially seen in art and movies.

I hate those snobbish bastards who don’t know nothing but talk as if they were born into French aristrocracy.

All it requires is just a bit of research… how are you going to tell me that the entertainment industry and deep state cabal has nothing to do with the occult? It’s entirely riddled with the occult.

I didn’t say that and yes entertainment industy would have people doing devil worship (whatever that means) to get big breaks, and opportunities. Assuming everything is because of devil and daemons is rather silly but again everyone has a daemon when s/he is born who is the creative force according to Greeks. Then whatever creative one does could be attributed to some sort of occult influence with the knowledge of a user or without the knowledge.

So, don’t call it silly initially if someone asks because the occult is hidden in plain sight for us to see and to merely point it out is a sign of critical reasoning rather than gullibility and Christianity fueled paranoia.

Still, I suggest everyone to do their research and see how far down packed it all is.

I feel like basically all music is a form of channeling whether or not the artist is literally practicing magick.

But MJ may have actually been into it, take his notice on the “Thriller” music video where it claimed the video no way express the artists belief in the occult.

Weird to say that.

were they vvvv actually practicing

but what I do know: it doesn’t hurt listening to this before you hit the bar