SO! I was intuitively drawn to post this and in this manner. If it’s not ok or if it needs a change or so like a different topic or something no hard feelings to the moderators that do such!

not my decision anyway lol

But I will add my experience with him and also some things I learned about him if you’d like to ever work with him in the future.

So methsan. I don’t know complete origins of him maybe I could ask him and come back and post an update as a reply but I will give what I know from experience.

You will find him in EA koetting’s book baneful magick under symbols of bane! Before I get started I thought it would be best to note that ending someone’s life through black magick is not a game. Once they’re gone no bringing them back. That’s how serious I think this is! But to anyone who’s mad at some fucker out there and you find this I hope this helps you continue your plans

If you do anything as a beginner that causes your own harm or worse. That is your responsibility as this is a free article for all those to read. I feel it goes the same with any occult book. Personal responsibility but ANYWAY

So I won’t get so deep into who the victim is but anyway. If you read the baneful magick book he tells like a story throughout the book kind of I think it was his ex or something I don’t remember who was screwing up his reputation or something and in the end it said she passed away. Correct me if I’m wrong but this was a VERY similar situation and it would have potentially cost me A LOT.

I forgot her name after the curse result took effect which I think was meant to be. Plus I don’t think I can give names in here anyway obviously but yeah

So my reputation was about to be soiled completely and I wouldn’t have done anything if it didn’t run a huge risk of causing me harm in the end. I won’t get too much into that but she spread lies about me. Anyway.

Fast forward to the day before the ritual! I’m boiling with anger. As I’m searching through my book shelves I am literally mumbling to myself “mother fucker you soiled me enough for the last TIME” things like that. Then I heard an instruction to get a cigar as an offering.

I grab my things and walk over to the gas station to buy a pack of double swishers. Apparently the flavor didn’t matter so I picked grape lol. Then I came home and looked through the baneful magick book and thought about protection ect cause this person knew what they were doing very subtly when it came to tarot so I needed some way to mask her use of discovering bad omens coming her way or something so I don’t exactly remember but I think I quickly made a petition to Bael to do everything to hide it from her. Either that or I was so comfortable and confident I didn’t do anything it was either one I don’t remember all this happened over a year ago. anyway. Next step I thought was to collect any anger I had for this SOB. so I spent the rest of the day thinking about “why am I going to wipe this fucker out exactly” just to keep my mind on the situation. This resulted in my anger building up more and more and my desire for this person to feel wrath. I slept perfectly knowing what was about to happen.

Next day was ritual day later that night. I set up my universal circle and everything ahead of time just so I can see where I wanted and should set everything up. I cleaned it up. Later that night. It was time. The feeling was intense it was like when I use to play high school football and we were in the locker room and heard screaming outside of all the people and the band playing. We just wanted to get out there and play and show off lol. So I set my things up. The atmosphere was very, how do I put this. Dead. Like it felt like the vibes of being in a cemetery almost and I was in my backyard lol. I set up. Sat down in my circle. Did some breathing exercises to attune my mind and did some quick basic meditation. Now it’s time to evoke methsan. I gazed into his sigil covered in my blood while whispering “methsan come. Methsan come” over and over again until I hear him confirm he was there. I look up and like astrally I saw a silhouette of it was like a man sitting crossed legged in front of me and I think he had a reptile like tail. Couldn’t see his face but it felt like an attitude of someone who’s seen stuff in a war. I announced I have his cigar and then as I pulled one out to light it I had some random thought it was like “partake in the other one. Share” so I did. I never smoke tobacco but I did I pulled it out and started smoking on it. I started banging the ground I said over and over again “drop this mf with all your fury” all this fun stuff. I said to do so whichever way he feels would be best. All he did was stare at me. Didn’t say anything. Nodded. And left and I said thank you and meditated while finishing that cigar cause I felt like it wouldn’t be respectful if I threw mine or his cigar away until it was all burnt. Next day or a few days after I don’t remember I forgot this persons first name so I had a feeling that was methsan like “ok it’s done…now forget”. One year later. she passed away of double kidney failure. I got double kidney failure as a result of her death. And I went on with my life.

This is his sigil 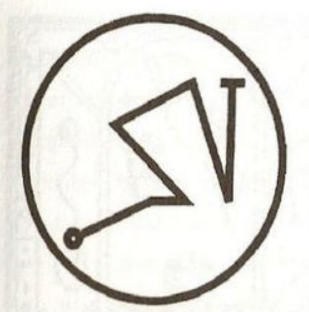 His specialties: he sickens through the blood or respiratory system so death of double kidney failure made sense to me in that situation cause something with the blood.

His personality: as far as my interaction with him he was very strict. He had like the personality with me of someone who’s served in a war kind of. Not generalizing all people but it was like. I don’t really know. It was like a lack of lit up personality like it was intimidating. He had the personality of a serious military general. There! So my advice when working with him put your jokes aside and get to business with him. You contacted him so get to the point!

Offerings he may like. And this may vary from person to person as he may tell you otherwise or what he specifically wants from you.

But from that story I can attest tobacco. Maybe other things but other then that idk.

Thanks guys for reading my post I hope you weren’t too bored😂 and be careful. Whatever you do is on your hands if you repeat the same there blood is on your hands so remember that. Not the spirit’s. I look at it as you were the judge. The spirit is merely the executioner. So my advice is don’t mess with death unless you’re confident with your experience, and don’t do it unless you think they REALLY deserve it.

This was an interesting read; I like when people share experiences with sorta less well-known entities. Helps people in future if they’re searching the forum for info. Good stuff

I concur! This was a fantastic retelling. Congrats on the success.

I do eventually like I said would like to add to this post with more information about him that I can potentially get from him. Like if he showed me more sigils or something I’d even share those. Or if even shared with me a whole entire incantation to reach him or something that would be even more amazing lol.

I’d like to get basic attributes from him though like what planets associate with him, incense, tarot card if he’s associated with one. A zodiac sign if possible. Ect. It would help people even more if anyone who visits my post here decides to work with him

I should In fact be able to accomplish this after my night shift is over and after today. And after I get a few hours of sleep. Maybe a simple divination session would even work I don’t think I’d have to full on call him with a sigil or anything for a list of questions. Unless I was instructed to do so. Like if my deck said he wanted to show me something for example like a sigil or two.

The EA Koetting grimoires are awesome and Methsan seems to be the right spirit to work with in bane workings. Excellent Work!!!