To the Great Marquis Andras,
Thank you for posting today. You are an evil lookin’ awe inspiring mofo.
I do not make this request lightly. 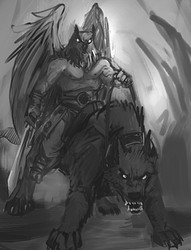 I am giving you public praise up front for showing up and listening.
I will complete the praise and the second part of my offering to you when I see results…

Thank you for hearing my call and attending to me. You are a mighty Marquis. I look forward to our works.

This is amazing. You’re making us all look bad:)!

Thanks, I take my promises serious

As I take these awesome spirits seriously.

Hail Duchess Bune just did my meditation and listen to her enn as I was gazing to her sigil!
I have good confidence in this so again…

Thanks to Asaliah for always being a great ally. You have always been so helpful to me, I trust that greater things will be ahead of us in the future.

Thank you Archangel Raphael for the healing of my leg, never thought would be possible.

Thank you Hahaiah for the accurate information provided always on time when I need it .

Thank you Riyiyel for making the target more generous to me.

“Wine for my men, water for my horses, Thank you Prince Orobas we ride at dawn!”

Thank you, My Prince, for that delightful surprise you sent my way this morning! Thank you for working hard on our Project and continuing to do so. I look forward to the full victory you promised.

Thank you to All Who Are Helping.

Thank you for helping make my life an extraordinary work of art. This is for you! 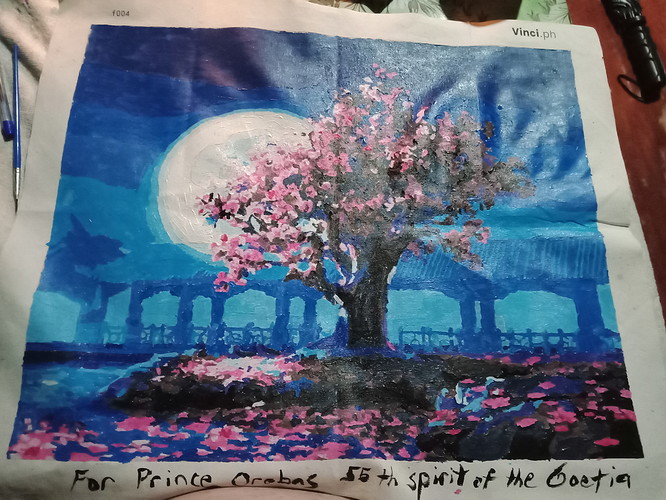 We will meet again Prince Orobas, thank you.

KING PAIMON & KING BELIAL!!!
Thank you two from the bottom of my heart for helping me get cleared to close, despite the obvious obstacles!!! I was so heartbroken last night, so down in the dumps, and called you two and you made it happen, you made it WORK!!!

Thank you to Beelzebub for answering my call, and coming through loud & clear with ‘I got your back’ type energy! Wow.

Thank you King Paimon for influencing a certain someone for the promotion and pay raise! You are the absolute best!

I thank you Dantalion for hearing my apology, and acting so rudely and hatefully towards you - I can only hope you forgive me and my behaviour

I thank you Sallos for hearing my calls for help, for allowing my presence and worship, and answering my questions

@Vandheer Yes, Raphael is a great archangel to work with. I also have affinity for Uriel, Michael, Gabriel, and Metatron

I give hails and a big THANK YOU to mighty Prince Seer. This wonderful spirit named Seer helped me in a major way today, and I got the exact results I wanted, in the exact manner I wanted, in a matter of hours. My appointment with the Nurse Practitioner at my pain management Doctor’s office today had to be moved to today from tomorrow because I got an automated call of an appointment reminder yesterday. It came thru on my Aunt’s ( who lives with me ) phone yesterday, stating it had been moved from tomorrow morning to this afternoon. When she called the office, she was told by whoever answered the phone that the NP would not be at work tomorrow, so I had to come in this afternoon.

In today’s climate of the very fake, grossly unfair, and harmful to the patients “opioid crisis” ( there is no such crisis, it’s fake news. Opioids haven’t changed, chronic pain hasn’t changed, and people are no more likely to use drugs today than they were decades ago ) that would mean that the hour and a half trip each way would have to be repeated tomorrow because getting a prescription for a schedule 2 opioid pain medication filled 2 days early is almost unheard of around where I currently live. I would have had to go to the appointment today, and probably have a “may fill on or after date hold on it, thus causing me to have to make the journey to the pharmacy near my pain Dr’s office tomorrow or have to wait until Monday, putting me out of pain medications for 2 or 3 days ( it’s happened before ). So, early this morning ( about 5 A.M. ) I evoked Prince Seer to cause others to make a rapid decision in my favor. I even got an important aspect of the ritual of connective evocation ( the evocation keys to attract the demon to you, from DoM ) out of order and using the evocation keys after I had completed the call but before making my statement of intent/petition/task to the great Seer. He was already there and listening. I know this because I could feel his presence VERY STRONGLY ( I can always tell which demon is present and when it arrives because every demon I’ve worked with has a very distinct and strong “vibe” to it, so I always know who shows up and when they are truly there. For me to get it filled 2 days early, and with the NP being the only individual I could name ( and she was the primary target ), I made my statement of intent as name of NP has made a rapid decision to allow me to get my oxycodone prescription filled today”. After that, as I was summing-up the situation to Seer and telling him what I wanted, I added that the pharmacy staff at that particular CVS pharmacy would also need to be influenced. I don’t know anyone’s name there and even if I did, I had no idea who would be working today that might decide to be an asshole, so that was a kinda vague part of the request. Apparently that was enough for Seer to work with. Since I’m only clairsentient, I am not yet able to audibly hear the spirits ( I am going to work with Furcas to help with that ). When I asked Prince Seer if he had all the information he needed, I got a kinda “warm, fuzzy” feeling that started in the center of my chest and spread and radiated inside my body. It was very soothing and reassuring, like an “I got you, don’t worry, this I will do for you” sense in my mind. While making small talk with the NP, I said " I hear you are taking a much needed break tomorrow", expecting to have to ask her if she would let me get them filled today so I don’t have to wait and be out of medication. She looked at me quizzically and said “I’m gonna be here tomorrow, who told you I wouldn’t be?” I said it’s what I’d heard. She asked me again, more seriously, “really, who said I wouldn’t be here tomorrow”. I admitted I didn’t know because my Aunt had taken the automated call and called the office back. She said something along the lines of “I’m here tomorrow”. That was odd but not surprising to me, since I know that I evoked Prince Seer and trusted the desired results to him. I made the offering of fame, spreading word of Seer’s deeds and what he’s done for me, and encouraging others to seek him, evoke him, and work with him on public forums and proclamations. The internet makes this easier, and the demon is appeased.

It seems that Prince Seer is happy with this. As I sit here typing this, an empty milk carton that was sitting beside the kitchen trash can seems to have been thrown about 6 feet across the floor with such a loud clatter that it awakened my Aunt sleeping in the living room. I didn’t see it until it made it’s final clatter across the 6 or so feet, but we both heard it.
I have never had a spirit deliver so fast, with the exact results I wanted and in the manner I wanted, in a matter of hours. I thank you, Prince Seer. The very fast and accurate results of exactly what I wanted is still something that is very profound to me. Thank you very much Prince Seer, and I’m not done giving you public recognition, thank yous, and telling people on public forums what you have done for me. I encourage everyone who works with demons and angels to evoke Prince Seer and seek his aid, power, and wisdom. I can’t wait to get to know you better, on a more personal level beyond just you being a spiritual being that has done ( and will continue to do ) great and helpful things for me. I can tell anyone that hasn’t worked with him that Seer lives up to his reputation in the Goetia of “being of an indifferent good nature and willing to do whatever ye summoner asketh of him”. You are such a truly awesome spirit to work with, Prince Seer. You really came thru for me, and I thank you very, very much. I look forward to working with you more and being able to hear your voice and have real conversations with you. I will be seeking you and evoking you again. I happily give this gift of fame and recognition to you, my loyal ally and helper. ALL HAIL PRINCE SEER!!!

I have had success in recent job interviews and both Ose and Oboras have been a great help in doing so. Thank you Ose. Thank you Orobas. I would recommend getting to know these spirits if you do not.