So I’m wondering how getting married would work for two luciferians obviously they won’t in a church so how would it happen if it can.


Introduction post would be appreciated…Also a rule. I imagine Luciferians have some form of bonding ritual, most pagan religions do and Luciferians are organized enough to count.
5 Likes
Sheogorath March 9, 2018, 9:21pm #3

If an Luciferian wanted he could marry himself in a church. Luciferianism does not have a specific rule book.

Well in Sweden you would probobly only go to the ”court” and get it done is only a legal thing and then you could have whatever sort of ritual you want for your friends and family or only for you and the person you would marry sfterwards on the weddimg party.

If you want a non-religious wedding ceremony, what are your options? Atheists can get married in simple courthouse settings or elaborate ceremonies.


Here are few options to consider. A wiccan or Asatru priest/tess might also be willing to officiate if you go for that sort of stuff
1 Like
DarkestKnight March 9, 2018, 9:25pm #6

Well, you can get married anywhere you want, as long as the person officiating is legally able to perform the ceremony. If the captain of a cruise ship, and Elvis in a Vegas hotel can do it, I don’t see why a Luciferian would have any trouble.

I for one wouldn’t mind Lucifer attending my wedding. I spot Lucifer setting in the corner and we lock eye-contact, then Lucifer proudly gives a nod and telepathically say “Go my son. Go and show her the Infernal Intimacy, make her Unholy.”

You can get married where ever you want. A beach. Someone’s home. A park. A rented hall. Falling out of a plane. Planet fitness. A barbeque or down home pig roast. You can ask a wiccan priest or priestess to preside over it or any number of people ordained to do nuptuals. You can get the justice of the peace to do it legally. The limits are only bound by your creativity or lack there-of and you can create the most lavish or the most rustic ceremony imaginable. The choice is yours.

Lolol! Lucifer sure was at my wedding and boy did he make this angel unholy!! #bestweddingever

Lolol! Lucifer sure was at my wedding and boy did he make this angel unholy!! #bestweddingever

I guess i’m not too wrong if he smirked like this.

That’s pretty much my all-day face… 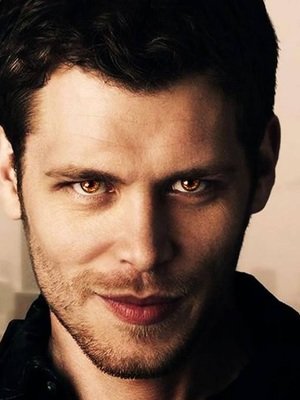 Oh god! That look though! Hehehehe! That about sums it up though! He’s like, I’m about to take a bite out of YOUR apple!! That look from Lucifer is one that would make MY panties fall off by themselves!

I got legally married at the courthouse on day 1, and then had a ceremony at a local state park officiated by a friend on day 2. Luckily, a hurricane that was battering the coast and sending arms all the way up to us (and made the previous day a grey, windy, and rainy affair) quit for the day so we could have a inexpensive sunny picnic wedding by the lake.

There are plenty of ways to wed. The only “rule” is that if you want it to be legal by the state, you have to get a marriage license. You can go to the court yourself or have an officiant send off your application. (Note: in upstate SC, if you go to the court yourself and have a little vow exchange in front of the Justice, they give you a nice decorative certificate along with the legal license document.)

The only “rule” is that if you want it to be legal by the state, you have to get a marriage license.

Not necessarily. There’s also such a thing as common-law marriages, where you can legally be considered to be married if you’ve lived together long enough with your partner. No license required. Only a few states recognize 'em and there’s also a few minor stipulations, but under those circumstances there’s no pesky paperwork required for your significant other to eventually leave and get alimony from you for the rest of the foreseeable future.

That’s true. I think SC has common-law marriage laws and stupid laws about how you have to respect squatter’s right to occupy your house. People sometimes have to go through eviction processes to kick a cohabitating ex out due to it. Don’t even let them leave a toothbrush at your house because it can start counting towards domicile and common-law marriage accumulation.

I never supported the common-law marriage law because it doesn’t take the couple’s choices into mind, it sometimes causes divorce-like processes for separating people who never even got married, and it undermines attempts to be responsible about deciding when to get married, etc. I was never hit with it’s complications in my dating life, thankfully.

The solution is not to let anyone live with you until you know you want to potentially be bound to them and have a good idea of their character. Or move to a place without common-law marriage.

And, this is unrelated, but I wanted to put it out there…why do researchers think that couples who cohabitate before marriage have a higher likelihood of divorcing? What is being married but a whole lot of cohabitation too? What difference could it really make? Sounds like residual wait-till-marriage puritanism to me.

…why do researchers think that couples who cohabitate before marriage have a higher likelihood of divorcing?

They do find that, though. Probably because cohabiting is like, “I’m with you dear until something better comes along.”

And of course, it always does…

Does Cohabitation Lead to More Divorces?

Getting married without talking about it 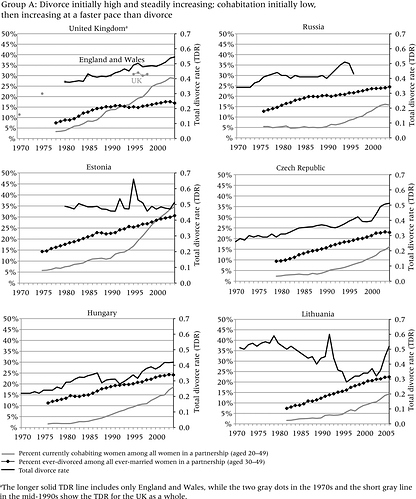 Probably because cohabiting is like, “I’m with you dear until something better comes along.”

Maybe for some, for others cohabitation without marriage could be more of a realization that one doesn’t need a piece of paper granted by the state to have a deep bond or lasting relationship while living with each other. That being said, I can see marriage being advantageous financially what with the tax code favoring married couples over single people.

It’s so weird though. Because marriage also involves cohabitation. Haha. I guess it’s proven but my brain still can’t see the social difference between dating someone for 9 months, and rarely staying over at their house, marrying them, then moving in together as a married couple cohabitating for 40 years, and dating someone for 9 months without staying at their house, getting serious and moving in together, living together for 2 years unmarried, then getting married and continuing to live together as a married couple for 40 years (these numbers are all arbitrary). Maybe it’s the big change of moving in paired at the same time with the emotional act of getting married. If you cohabitated, it feels more like more of the same. Smaller bang maybe. I dunno.

My husband and I cohabitated before marriage, guess we’ll have to be more vigilante in our relationship than some of our other married friends.

The financial benefits confuse me. I’m happily married, and we get some little credit for being married on our tax returns. I have to be honest though, I don’t like the filing jointly thing. It feels weird to be The Spouse after filing my own tax returns as a real and singular person up to my 31st birthday, and then becoming a secondary figure on a joint one with my husband as Head of Household. We also get hit with a higher tax rate when we are both making similar paychecks, than we had to pay out when we filed alone. They call it the marriage tax penalty. It can be a benefit if one member of the couple makes pennies or is a complete dependent, but that’s like 1950’s bullshit. Trying to push you into things instead of letting you choose. And under the ACA, we’re both responsible for paying either member’s lack-of-insurance penalties. I didn’t have health insurance for 4 months last year, so we had to give $230 of our joint refund right back to the government.

Maybe for some, for others cohabitation without marriage could be more of a realization that one doesn’t need a piece of paper granted by the state to have a deep bond or lasting relationship while living with each other.

To be fair, it’s not about the state, itls about making a commitment, and cohabiting as many people do with one foot out the door looking for something else the moment things stop being an awesome beer commercial is how it seems to go wrong, then that mindset sticks.

The words “for better, for worse, for richer, for poorer, in sickness and in health” used to be part of wedding vows - right now they’re a list of breakup points for most couples, including married.

I know people who broke up over things like that, it’s almost expected these days that when things stop being a bowl of cherries, you quit.

Or on the other hand, one partner upgrades, loses the weight, resolves psych issues, comes into money, and decided to upgrade their spouse.

It feels weird to be The Spouse after filing my own tax returns as a real and singular person up to my 31st birthday, and then becoming a secondary figure on a joint one with my husband as Head of Household.

Men usually have to fund the housing and living needs of wives and any kids after a divorce in the west, so it’s in line with that concept.