Reading a lovely article by Andrea Juillerat-Olvera titled “ Sacred Prostitution and the Redemption of the “Whore” and wanted to share a few excerpts from her article. The piece is heavily focused on sexuality from the female lens but maintains connection to the Goddesses and femininity, which is beneficial to all. The full article can be read here.

“Empowering the seller mitigates the damages of sex work, for it is the seller that allows penetration into their most intimate self. Allowing admittance to the deepest self, physically and psychologically, is a perilous choice even outside of sex work. To offer that intimacy to anyone , is an act of bravery and generosity. Many of those who avail themselves of a prostitute cannot attain human intimacy, sexual release or even simple physical contact any other way and so they buy it. The prostitute’s offer of legitimate physical sanctuary is a public service.

The world is overrun with lonely, damaged and dying people. Sex workers help these unfortunates by offering comforting physical contact and pleasure. It is a life-saving service often filled with compassion or at least good grace.

A 2015 done in the Netherlands on crime and prostitution found that reports of rape and violent sex crimes dramatically fell in zones where prostitution was legal. A similar study (links in original article) Rhode Island, when indoor prostitution was inadvertently legalized between 2003–2009, found comparable results. Decriminalization led to a 40% decrease in gonorrhea incidence and a 30% decrease in reported female rape offenses.

This view of prostitution begins with a shift in how we see those who perform sexual services in our communities. If we reframe prostitution as a sacred gift, then the sacred whore becomes part of humanity through her [archetypal divinity] as the Sacred Lover or Goddess of Love. Buyers can shed their guilt and enjoy a therapeutic experience of pleasure, healing and acceptance.

The Nordic Model victimizes the identity of sex workers. Even if this strategically reduces harm, it invalidates the agency of autonomous sellers. There has to be respect and ideally gratitude for people who choose sex work, as they provide a service for which few are suited. Also, as I have shown, villifying buyers demonstrates a cold indifference toward people who are excluded from more mainstream forms of pleasure and intimacy: buyers such as transgender, genderqueer or intersex individuals, people with disabilities, the aging, the dying, or kink communities. Harm reduction strategies that invalidate seller agency and shame the buyer are not conducive to healthier sex work. For many, the sex worker is also a counselor and the healer of last resort. Whatever its form, a sexual exchange between consensual adults should be seen as unremarkable if the seller has accurate knowledge of the physical situation plus complete autonomy, and the buyer accepts those terms.

“ There are many goddesses of sexuality, prostitution, and war, who are conquering, powerful divine feminine archetypes. Sadly, they didn’t make the cut for Judeo-Christianity or Islam. The divine feminine is largely missing from our Western world.

Mainstream Western theology decided long ago that sex was base, animal, instinctual, and therefore unholy, something barely tolerated, and only for procreation. Certainly, sex is a part of our instinctual makeup as mammals, and for better or worse, so is sex trade.

Ideally, a society would remove the economic pressures that compel 84% of prostitutes to keep working in the sex trade despite negative effects. The remaining 16% would be the willing and gifted, for whom prostitution is a sacred practice. Prostitution that included humanity, empathy, and even spirituality, becomes a way of life that empowers its practitioners and customers within a framework of validation, security, and stability. Modern Sacred Prostitution does not imply religion as much as respect, and is a concept that can be translated into today’s secular language and multicultural needs.

To say that whoredom is the oldest ‘profession’ is really a misnomer. Women are commodifiable resources, regardless of their caste or class. They aren’t the “professionals”, they are the product. Whether the trade is sex for money or sexual/reproductive ownership by the male in exchange for protection in a household, the situation is essentially the same.

The conditions of ancient temple prostitutes may not align with our current notions of feminism, but that isn’t the point. The existence of a female role both sacred and sexual is encouraging. The sacred whore archetype was lost to popular imagination a long time ago. Without a divine feminine sexuality, whores are classed as disposable, shameful, dirty, and deserving of their fate. As long as this part of female sexuality is denied and degraded, the whole female gender will suffer for it.

It is an easy insult to call a woman a whore. Men casually infer that all women are whores when they are angry. Women insult other women by calling them whores when they are jealous or spurned or even disapprove of the way they are dressed. If we deconstruct this common insult, it becomes clear that women who literally sell their bodies are not so different from the rest of us who think that we do not. It is only that most prostitutes have fewer choices about what and to whom they trade. The debutante who marries for money is only shades away from the $250 an hour escort and only steps away from the streetwalker who is brutalized for crack. These are all women trading with what they have.

“You take a woman’s power away. Her work, her family, her currency… You leave her with one coin…the one she was born with. It may be tawdry and demeaning, but if she has to, she will spend it.” ~ Red (from Orange is the New Black)

There are, indeed, some whores in this house. Satan loves you. Get your bag, hunnies. Build your empire.

I made a servitor that basically traps my subscribers in a lust loop on my website.

It seems to have worked so far.

Speaking on the majick of music, what songs // groups help you connect with your sexual power? Music is a huge part of my majickal work. The songs I want to play while working depends on the type of sex work I’m in. Big Money Bangers for transmuting sex power to your bag. Sultry tunes to invoke pleasure and intimacy. Here’s a few of my favs!

When someone asks if I want to control them, “I guess” isnt the answer they are looking for LOL I take time for Myself regularly but it seems like it’s not enough to bring Me out of this funk. Any advice is welcome.

Did you try working with Pan? Or Babalon? They are very empowering. Especially the Star Ruby ritual and in the middle of it say a Statement, your wish.

That’s when it can be difficult, if you’re not able to maintain supply like you need. This rings true for any type of work. We all have our off days where quality won’t be the same. Such is the nature of existing! Be kind to yourself. I like ensuring I take time to totally disconnect. These are my “baggy clothes” days. No fucks at all given about appearance, sexiness, any of it. Just putting on a black hoodie on, smoking a J, driving around town listening to some tunes, usually sad stuff If I’m drained. Journal. Go sit in the local cemetery. Watch cartoons! Reflect on the energies I’ve taken in and remind myself I’m doing my best. Cute animalssss! FOOD. Lol! Cooking helps. It’s so grounding. Keeping fresh flowers in your space. The aroma helps. Fuzzy blankets.

A lot of self-care! Indulging in everything else not really sex-related and reminding yourself you’re not just a sex object. I can usually tell when my mentality is slipping into the power of other peoples hands when their thoughts about me replace my thoughts of myself. Journaling or speaking with my closest friends / sister helps me the most with this!

I have not tried that yet. I am working with Asmodeus, Seere and I also have an egregore.

Have you tried creating a mask? I’m autistic, and masking is a common trait even among neurotypicals but more prominent with autistic people. learning about it has helped me recognize that we are allowed to wear masks in society. You can have a persona for your work, and that doesn’t have to be you entirely when you go home. I’ve found that putting myself “into character” helps me maintain focus of the artistry of pleasure. It is laborious performance. When you come home, mask comes off.

As long as we are forced to work for money, most people have that “front” they’ve gotta put on to survive in the social machine, so I don’t feel bad for being performative when I need to be. Not everyone is going to be your best friend, so they don’t have to know every vulnerability about your mind. Masking is okay in this context.

You can also try invoking different spirits when you’re low energy and letting them take over if you’re comfortable with possession!

Thank you so much, hun

Please excuse me if my comments are irrelevant. So am I. However, I’ve had a strange life, and can say that hoodoo addresses certain life situations. Using Cleo May or Dixie Love oil may be helpful for some, and it doesn’t matter where you’re working out of. A crummy motel room can be mojo’d just like a private home. There are spells to draw people toward you or your place of business. There’s a spell for everything; sex work included. But safety is also a major issue. There are some situations that may require more protection than a simple banishing ritual. You may think me an old fool, but I’m still alive for a reason.

Here for this. Former escort, current cam girl and interested in stripping. I love the arts of pleasure. I’ve worked and visited by a few whore energies. I find Babalon’s energy to be hot and strong and I like Asmodeus a lot

I don’t know if this will help anyone, but I know lots of sex workers. use ‘follow me boy’ oil or anoint their bodies with it, also ginseng can help increase sexual potency, so you might want to add these into any spell work, talismans, charms, oil mixtures etc…

“Follow me boy” oil!!! What’s the ingredients?? And where to get

Naamah kinda elbowed me when I read it

Off topic but this really made me laugh today 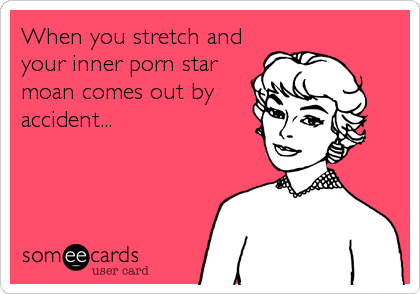 I don’t know the ingredients unfortunately, but I think sites like luckymojo.com should sell it, sex workers from decades and even centuries ago used to use it to get more clients

I wanted to hop on here real quick and see what your all’s tips for protecting yourself financially, mentally, and physically have been in your sex work. Here are a few questions that you can pick through and respond to if you have useful feedback:

Are there any rituals you partake in prior to servicing? Do you keep a sigil handy, or possibly tattooed on your body, for success in sex work? What spirits do you invoke / evoke to help you manage groggy days or assist you in your work? What majickal workings help you to process and transmute the energies of your clients? How do you manage a personal / work life balance? Do you have rituals and spells for boundary setting and maintenance? Are there any prosperity spells you can recommend for promoting better tipping / clientele? Concerning your glamour and sex appeal, what advice do you have for connecting to sexual confidence, glamour, and erotic seduction?