So I’ve been forming a relationship and working with Lucifer since the harvest moon in September. I can say from the jump BEFORE I did anything Lucifer was pulling me towards him. Even Belphegor told me to pause the work I’m doing with him and go to Lucifer before finishing the work I started. So I listened. From the start I had no trouble getting Lucifer to visit my rituals and meditations. Hell, he was there before I did anything. I really needed no proof, he made it very clear he was present by his energy, his touch, his manipulation of electronics and twice he blew out the single white candle when he left. Interestingly, he left the red candle burning both times. Well, this last Sunday he manifested so I could see him. I was working with his gnostic mask of Eosphoros (Phophorus). While beginning the ritual I noticed that the smoke patterns started forming shapes so I took a few pics before going further. And I caught Lucifer manifesting before my eyes! 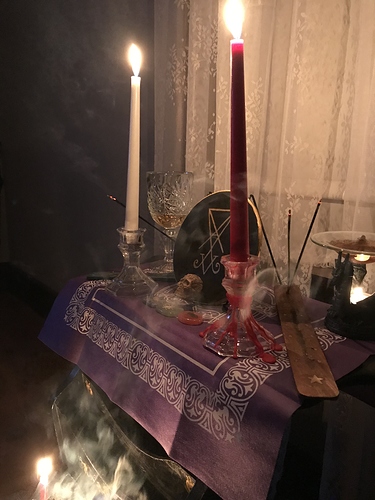 The above pic is the original one I took. Below, I zoomed in different parts of the original pic for emphasis. 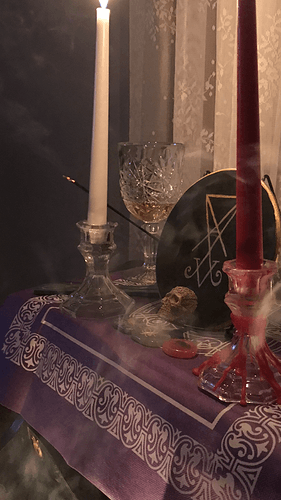 His face (above), manipulating smoke to mimic my skull totem (below). There’s a least one larger skull with 1-3 smaller skulls. 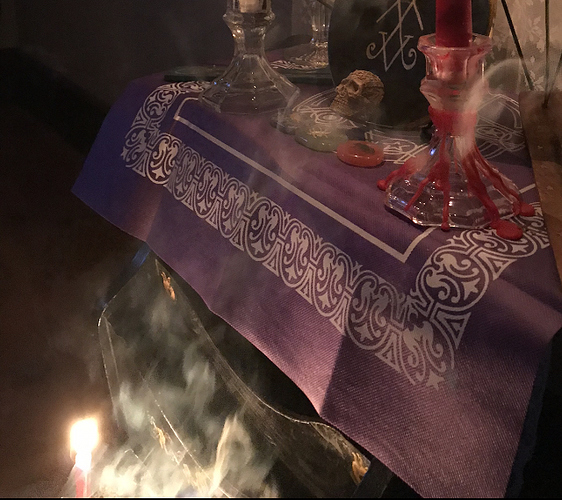 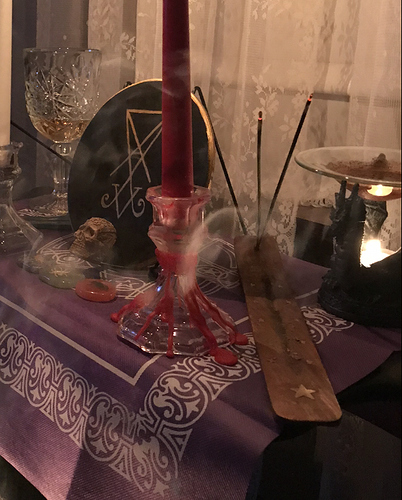 The last couple days I’ve been just thinking about the manifestation and how he looked. Well, yesterday I was urged to look up images of Eosphoros and it answered my questions. It even confirmed that Eosphoros is indeed Lucifer. Below, is what I found. 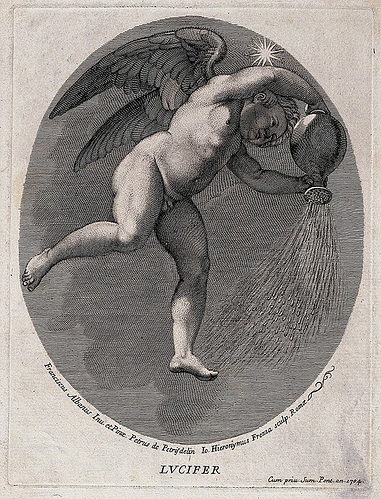 If that wasn’t enough, after I had done the research I went to the vending machine and look at what was waiting for me in the perfect position and at eye level. I didn’t see any other ingredients but “Phosphorus”. I had to take a pic of that too! 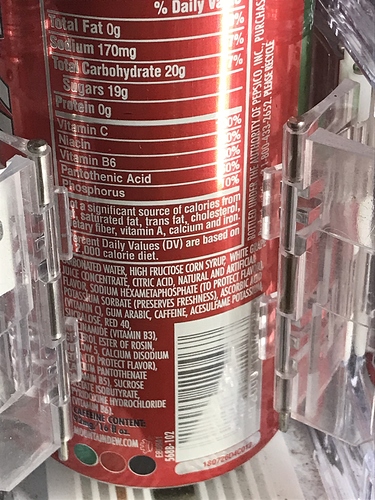 I’m so glad I started on this path and didn’t resist.